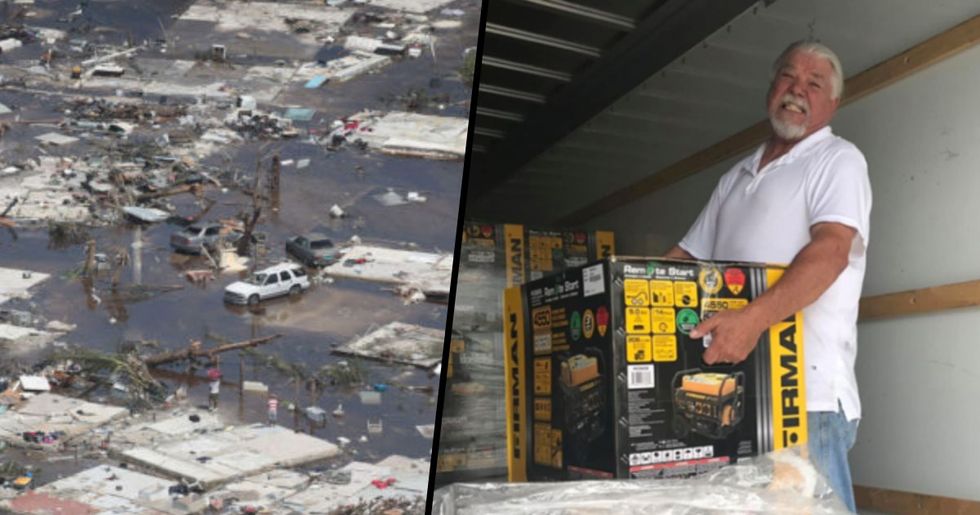 Man in Florida Spends $50,000 at Costco on 100 Generators and Supplies for the Bahamas

People have been preparing for the devastating blow. One man in Florida spent 50,000 dollars on generators and other supplies for the people affected by the disaster.

Keep reading to hear all of the details surrounding this story.

While the country is preparing for the blow, others are also working to help the victims.

The Bahamas have been left completely devastated by Dorian. But the people of our great nation are not ready to give up just yet.

A Florida man spent 49,285 dollars at Costco in Jacksonville, buying supplies for the islands.

The man, who CNN said wished to stay anonymous, decided to spend money buying food, coffee, as well as generators to help to provide power to the areas affected by the hurricane.

He purchased 100 generators, each costing 450 dollars.

His receipt totaled up to almost 50,000 dollars when he was done purchasing all of the items. CNN reported that the items would eventually be driven and sorted in Florida before they're packed onto a boat and sent to the Bahamas. The farmer also had a warehouse to store them while they were awaiting shipment.

He received donations from several other doners in order to make this possible.

It was a true team effort.

"It's important that we help each other out."

The man expressed that, rather than doing nothing, he wanted to help in any way possible. "It's better than just sitting there," he said. "You see a need and you fill it."

The fact that he wishes to remain anonymous adds to the selflessness of the act.

He didn't want his name or his details associated with the deed because it was the human thing to do.

While the man was making the expensive purchase, Sprague couldn't help but commend him for his kindness. "All I could do was shake his hand and thank him," Sprague wrote in the post. "There still are good people in the world!"

The whole world can't be "evil" if this man exists.

This man deserves so much more recognition for his work.

A tour-guide operator in the Bahamas was recruited to help with the shipping of the supplies.

Errol Thurston, who is close friends with the man, also helped with the efforts by organizing the shipment of the supplies, making sure they arrive safely.

He told CNN this:

"We have a lot of guys with planes to take it over. There are hundreds of local captains with boats who are ready on standby to take the generators and chainsaws by boat."

"We are trying to book a slot on a container ship that regularly services the Abacos and Grand Bahama. The guys are doing everything in their power to get us in a slot there. They know the desperation the people really need these items."

He, along with his wife, were left devastated by the news of the hurricane.

Thurston's wife has been helping to plan all this. She's a Florida native who calls Abaco, in the Bahamas, home as well. "Abaco is my husband's home and it's my home, too. So we're heartbroken," Mercedes Thurston said. "They are the strongest people I've ever met in my life. They have the biggest hearts," she said. "I feel like it's our duty to step up and help them get back on their feet they will rebuild."

The U.S. military is also providing assistance over on the islands.

According to reports, "four US Marine Corps MV-22 Ospreys transported a team to conduct logistical assessments for nongovernmental organizations and that the Coast Guard was dispatched to help with search-and-rescue efforts."

So far, the number of deaths caused by the hurricane is at twenty.

But figures are set to rise as it continues to sweep the area. The hurricane, which has now gone down to a Category 3 and has already started affecting some U.S. states such as South Carolina. We can only hope and pray that the destruction left behind isn't going to keep our morale down for too long. Up for a slightly lighter read? Keep scrolling, because Trump did something hilarious when he was found out to be wrong about his Dorian predictions.