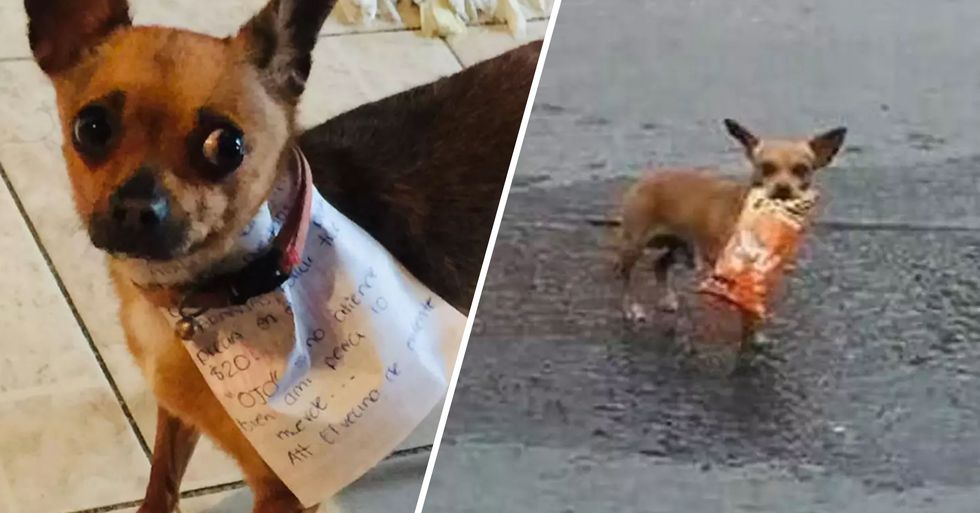 Hundreds of millions of people are currently in lockdown to help prevent the spread of the virus.

Civilians are even facing fines if they are spotted out in the open too much. So what can you do if you're really craving that essential self-isolation snack?

One man in Mexico has come up with the most ingenious solution to help deal with his quarantine cravings.

Keep scrolling to find out how...

Mexico is just one of many countries facing the devastating effects of coronavirus.

It has 387 recorded cases that have resulted in the shutdown of large gatherings of people, forcing them into self-isolation.

Gyms, bars, theatres, movie screens, zoos, and sports stadiums were ordered to close last week in Mexico City, which has followed the measures other countries are taking. It's safe to say that it has brought the entire world to a standstill.

Even with all these new measures put in place...

It doesn't seem to be slowing down the spread of the virus.

A lot of people have now died globally.

19,630 to be precise. A further 436,024 people have also been tested positive for the virus and are currently infected.

Because of the rapid spread of the virus...

Shout out to the health care organizations being careful here in WA, with docs visiting patients first in their veh… https://t.co/HakTioDy7s
— Trent Dale (@Trent Dale)1585100129.0

What exactly does it mean to be in a "lockdown?"

When a government declares a nation-wide lockdown, it requires civilians to remain in their homes at all times and they can only leave to either shop for essentials, do 1 hour of exercise, or to travel to work if they absolutely cannot from home.

Even though the thought of staying at home and relaxing for the foreseeable future isn't all that bad...

The reality of being in a lockdown isn't all it seems.

Many countries are now in lockdown...

Including China, Italy, Spain, Germany, the United Kingdom, New Zealand, parts of the United States, and many more.

And the prospect of sitting indoors with no company and nothing much to do is extremely hard for many.

Many are missing the things that they once took for granted...

Such as taking the dog out for a walk, or having a stroll in the local park.

And the worst thing is...

Governments around the world have given permission for authorities to fine people and use legal action against those who don't stick to these lockdown conditions.

And some people simply cannot stay cooped up in their homes for days on end.

Especially when you're craving that one special snack.

Nothing can quite quell the satisfaction of walking to the store specifically for that big bag of Cheetos.

One man just couldn't wait for all this to be over.

One man in Mexico devised an ingenious plan to get what he so desperately needed.

Without ever having to leave the house!

Antonio Munoz was on his 3rd day of quarantine.

When a sudden urge for the cheesy snack came over him. Instead of calling the store to see if they would so kindly deliver the packet to him, he decided to enlist the help of his K9 friend.

He attached a note to the chihuahua.

It read: "Hello Mr. Shopkeeper. Please sell my dog some Cheetos, the orange kind, not the red ones, they're too hot. She has $20 attached to her collar."

"WARNING: She will bite if not treated right. Your front neighbor."

This situation could have gone very wrong.

For those of you that have seen any dog show, you know what I'm talking about. Someone could have taken the money or the pooch! But the hardy little pup delivered the Cheetos right back to Munoz without any problems.

We're assuming the dog has traveled with Munoz to the store before.

Or he could just be that clever. What we do know, is that this dog is a national treasure and should be cherished in these dark times. In other positive news, keep scrolling to see what's being implemented in New York tomorrow...