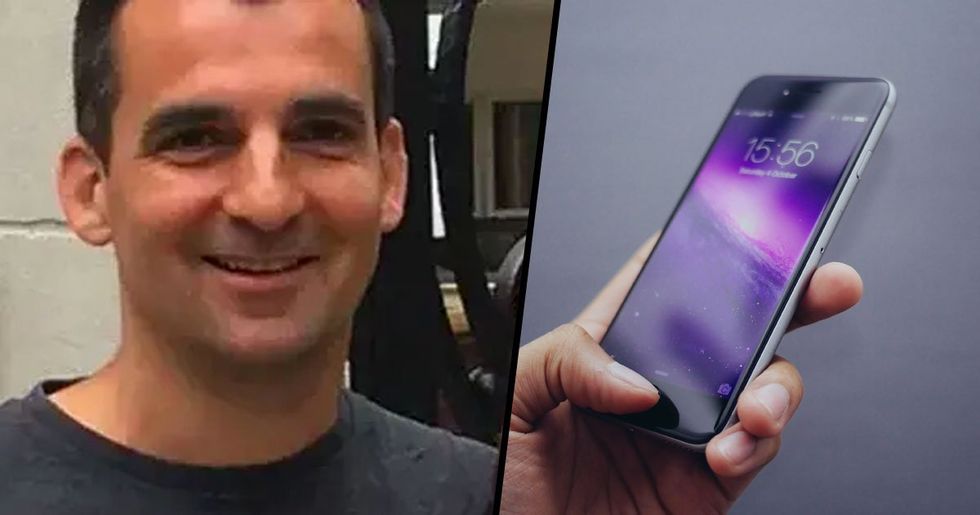 Why, oh, why would someone do that? It must infringe some kind of childcare rights... in addition to basic human rights.

That was my first impression of the app. But after reading more about its other features and the creator's story, my opinion isn't so bad anymore.

Sure, there is that possibility of using the app for the wrong reasons, which could make the parent-child relationship all the more difficult. But there are much better uses for it than trying to take complete control over your child. Such as sending last-minute reminders. Or messaging your friend at the bar to get you a drink.

Personally, I don't think the app is for everyone. It sounds like something that can only be truly effective in respectful families that don't exercise over-protection.

But let's take a look at the app in more detail and see what customers think.

In the digital era parents’ work gets only more difficult.

Children are often lost in the virtual world for the best part of the day, so it becomes nearly impossible to reach them over the phone.

Nick Herbert has struggled with this for a long time.

Until he decided to develop ReplyASAP. BuzzFeed says, the most surprising feature of the app is that it locks the child's phone if they ignore their parents' messages.

The only way to unlock it is return the parent's text or call.

It says on the app's page on Google Play that "ReplyASAP makes messages unmissable between people that matter, since important messages shouldn’t be missed." But "important message" is a very subjective concept. Your Mom might see checking in if you ate lunch that day as an important message.

The app is free to download, but extra features have to be purchased.

WCNC reports that ReplyASAP was launched in August, 2017, and by now has reached over 75,000 downloads.

It's currently available on Android.

An iOS version will soon be released too. However, it will have fewer features because of Apple restrictions.

Since its launch, ReplyASAP has received massive media attention across the globe. Fox, NBC, Globo, The India Times have all talked about it.

Who is the app for?

It's not just for parents to keep an eye on their children. It works the other way around too.

It's for anyone who is sick of having their calls and messages missed or even ignored.

The app promises to make sure that you get a response immediately. However, it only works when the other person accepts your invitation to connect, meaning that both parties have to agree to use the app.

But there are so many additional features.

The recipient will know you've just texted them even if they're phone is on silent.

The incoming message will always make a noise until the recipient reacts to it.

When the message appears on the screen, it blocks the view of whatever the recipient was doing before and gives them two options. They can either "Snooze for 3 minutes" or "Cancel." Whichever option they choose, the sender will always get a notification.

You can also schedule messages for specific times. As a reminder, for example.

It is really #rewarding to check in on the #replyasap SMS count and see the volumes increasing - each one is a new connection
— ReplyASAP (@ReplyASAP)1504473147.0

The messages are free of charge since they use either Wi-Fi or data. The app also has a history of all messages you've sent and received, and they're organized by name.

Once you send the message, you'll be updated on its progress.

Internet is one major flaw of the app.

Both people must have the app installed and be connected to the internet for it to work. It's the same way that WhatsApp and Facebook Messenger work.

The app was originally meant for use by parents and children, but because of its quick response feature it can be used in various situations.

Nick lists five such examples on Google Play: If you think about it, you can really have fun with the app. Like making your sister bring you food.

On the app's official page you can find 4 plan options to choose from.

@ReplyASAPapp is designed for parents to be able to contact their children who always have their phones on silent… https://t.co/cgu2hrRzlJ
— Brand Envoy Africa (@Brand Envoy Africa)1503819567.0

"It gives him the freedom to keep his phone on silent, but with the knowledge that I can get a message to him if necessary," Nick said. "He knows when to use it and when I send him a message on it, it will be important."

"My son has an iPhone, but I still can't get hold of him very easily as it's always on silent because he is planning games or has been at school and forgotten to turn the sound back on," he continued.

"There didn't seem to be a solution out there that allowed me to send a message to him, that would override the silent function, appear over whatever he was doing and tell me when he had seen it." But what Nick wrote in the About Us section on the app's official page was what sold me eventually. The story behind ReplyASAP's creation is so relatable even if you're not a parent.

"This app was born out of personal frustrations with current messaging apps," Nick shares on the app's official page.

"However, what I thought was a solution turned into a different problem. Because the phone was 'smart', he could play games and watch videos on it," he continues.

"So invariably he keeps his phone on silent so I wouldn't know. As such when I try and contact him he rarely answers, either because he doesn't hear the phone, or because (and I've finally had to admit this to myself) he may be embarrassed to speak to his Dad in front of his friends."

"There are times that I need to get a message to him and he has no way of knowing that the call or text he ignores / doesn't see is important or not, and I have no way of knowing if he has seen it (and I mean really seen it and not just moved it so he can get on with his game)."

"There are messaging apps that tell you when a message is delivered and seen, but the point is the message can be ignored or not seen because he didn't hear it."

"So, ReplyASAP, is my solution to this problem."

"During the development process I spoke to Ben and showed him the designs and thinking behind the app and he likes the idea because he will know that if he gets one of these messages then he will always hear it and will know its important. He will also have the ability to send me these messages - so there is a mutual understanding that using ReplyASAP is only for important things and not because he needs new batteries for his Xbox controller."

"When speaking to my friends they could all see other 'grown up' uses for the app because the majority of them kept their phones on silent most of the time too. Their suggestions ranged from changing your order when your friend is getting the drinks in at the bar, to finding your phone when you've misplaced it at home, to work situations when you need to get hold of work colleagues quickly."

"However you want to use the app, I hope you enjoy it, use it responsibly and not while driving (you can tell I'm a parent) and can finally get hold of that person who always has their phone on silent."

The app has received a lot of backlash, but Nick has answered all of their questions.

Jimmy Haines said in a review on Google Play, "Please remove this app. I can ASSURE you abusive and controlling significant others will utilize this. This is overall a horrible idea. Teach your child to respect you enough to call you, don't let others suffer because you cant be a decent parent." To which Nick replied with a very logical explanation: "Both parties have to agree to the app being installed and either can block the other, to mitigate the situation you mention. It is primarily about communication and safety, understanding that the app is for urgent messages if other means fail, as the child can contact the parent via the app too."

Lana Marie also noted that "if your kid is in danger and you want them to text back, setting off sounds could very easily cause MORE danger."

Nick replied by stating that if the child is in danger, sending a message via ReplyASAP would tell you their location. Plus, the child can use the app to let you know they are in danger and, because of the sound, you'll know immediately.

Andrew Sabado said that an app that lets you control the child "is the opposite of good parenting."

But Nick reminded him the original purpose of the app: "This is a communication and safety app, ideal if other communication means fail due to the phone being on silent (for example). The parent can contact the child or vice-versa so provides reassurance on both sides."

Jennifer Twisdale-Serrano found the need for internet connection to be a big disadvantage of the app.

"Looking through the FAQ I discovered that it only works if both persons are connected to the internet. My husband and I both keep our internet connections turned off when not in use to save data and battery power, so this would not work for us. If you were using it to connect with a child, it would be way too easy for them to simply turn off their data connection to avoid getting the messages. Good concept but would be better if it worked via SMS."

Another Google user suggested to make it impossible to uninstall the app without the parent's approval.

Nick replied, "That's a neat idea, though its not possible to prevent someone uninstalling an app, as far as I know. Plus, I want to keep the app safe to use and not force people to have it. I will look into whether there is a way we can incorporate something along your lines, though."

But there have been very happy customers too.

Melanie said, "I've been using this app for a few months now. Works great. I use it to connect with my son in emergencies or when I'm out of town and I know he's got to wake up for school."

Grant Rissler: "I find this app very useful. My two always have their phones on silent mode, so they never hear when I am trying to get in touch. This app takes care of that. I recently had an issue, so I emailed the developer. He was on top of things, in constant communication, asking questions, etc. The issue is solved, turns out it was due to my offspring thinking they could get away with deleting the app."

After all, ReplyASAP is still quite young.

It might have its issues, but so far it's one of a kind. I'm sure Nick has many ideas on how to further improve the app in the near future.