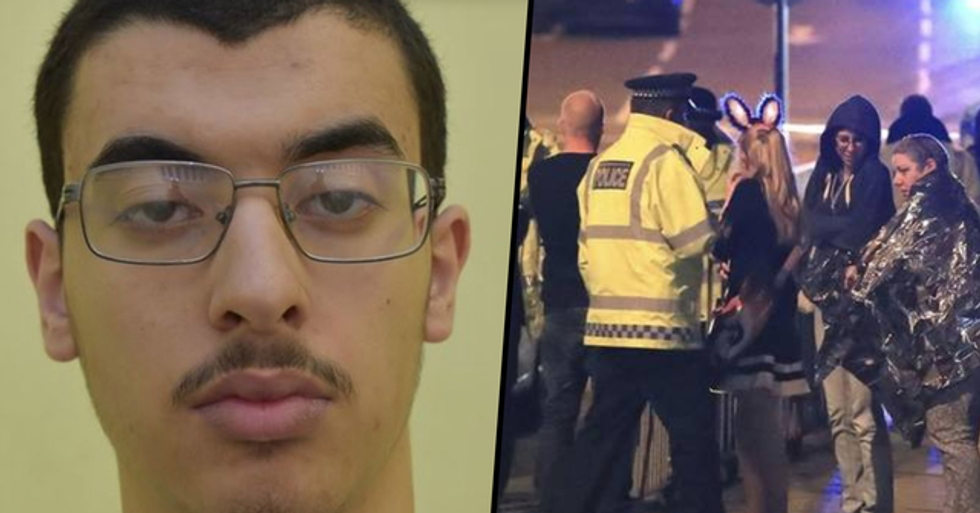 One of the men responsible for the devastating terror attack at the 2017 Ariana Grande concert in Manchester, U.K. has today been sentenced for his crimes.

Over 3 years on from the devastating suicide bombing in Manchester, the brother of the attacker has today been sentenced in court.

The world watched on in horror as the aftermath of an unprecedented terror attack unfolded in the Northern city.

Ariana Grande had just finished her concert at the Manchester Evening News arena...

When twenty-two-year-old Salman Ramadan Abedi detonated his suicide vest in the foyer at around 10:30 pm, just as people had started to leave.

Twenty-two people were killed in the blast...

And another 139 were severely wounded.

The attack shook the world.

Manchester quickly went into a state of mourning as the city came together to remember the children and the adults lost in the tragedy.

Ariana Grande returned to the city on June 4th, just 2 weeks after the attack...

Where she hosted One Love, a colossal and star-studded concert played in tribute for the victims.

A whole array of famous faces performed at the concert...

Which was distributed evenly to all the families of the victims of the bombing.

But, in the months following the attack, the grief only grew...

As did the anger.

And now, over 3 years on, the families and friends of those lost continue to demand justice.

Though the attacker died in the explosion, it has since been revealed that his brother, Hashem Abedi, played a huge role in organizing and plotting the attack.

It is believed that the twenty-three-year-old had persuaded close acquaintances to purchase chemicals that could be used to manufacture explosives...

It was also revealed that he was the one who constructed the bomb that was eventually detonated inside the arena.

Abedi, pictured below, had traveled to Libya shortly before the bombing...

But he was quickly arrested following the attack, and then extradited back to Britain to face trial.

It's been a long and difficult trial...

But, in March, Manchester received the news it had been waiting for.

The court found Abedi guilty of the murder of the twenty-two people.

And now, 5 months on from his conviction, he has today been handed his prison sentence.

Abedi is to serve a life sentence.

At the sentencing, it was announced that he would serve at least fifty-five-years-behind bars. The judge said: "Although Salman Abedi was directly responsible, it was clear the defendant took an integral part in the planning... The defendant and his brother were equally culpable for the deaths and injuries caused. The stark reality is that these were atrocious crimes, large in their scale, deadly in their intent, and appalling in their consequences."

Abedi himself wasn't present for the sentencing...

As he had refused to come into the courtroom, where the survivors and the families of the victims of his attack waited - his final act of cowardice.

But, regardless of whether he could face his victims or not...

Justice has been served, and the city of Manchester can finally breathe a sigh of relief.

The Chief Constable of Greater Manchester Police, Ian Hopkins, said on the sentencing:

"Today marks the end of a three-year quest for justice, following one of the worst terrorist attacks this country has seen, and one of the darkest days in our city’s history."

He acknowledged that nothing will ever end the pain of those lost in the attack.

"Of course, for the families and friends of those twenty-two souls whose lives were brutally cut short that night in May 2017, the pain will never fully diminish. I know that no sentence will ever make amends for their loss, nor the suffering of the more than 1,000 people injured – many seriously or left with deep psychological wounds – who continue to live with the effect of this cowardly attack."

But he hopes the sentencing can bring a new era for the families and friends of those killed in the attack, and the survivors.

"I can only hope it brings some small measure of comfort to them that Abedi will spend the vast majority of the rest of his life behind bars – where he belongs. The division and hatred he sought to foster was, amidst the pain, met by strength and unity – by the courage of the victims’ families, the bravery of the survivors and the kindness and generosity of Greater Manchester as a whole."