Sadly, there wasn't much that could be done in the short space of time. | 22 Words 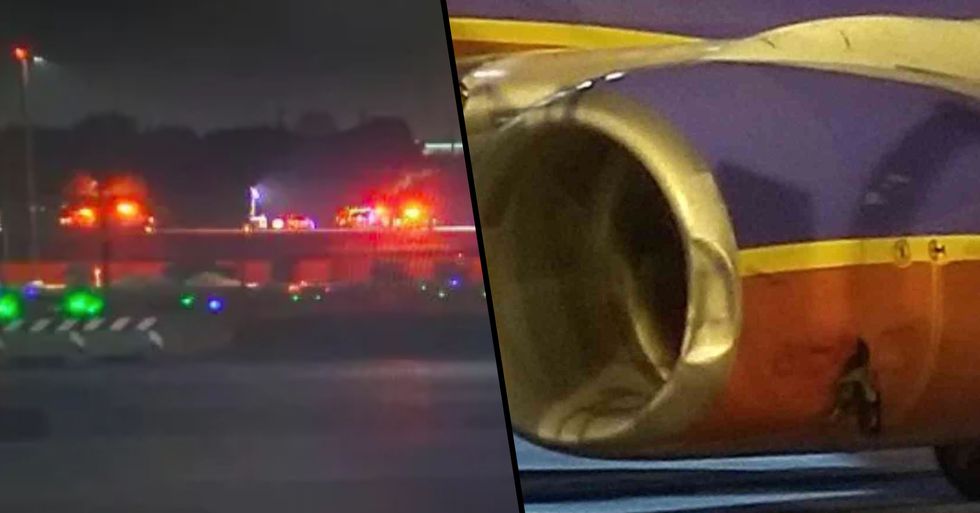 Man Killed at Texas Airport After 737 Lands on Him

The shocking news has come in that a man has been killed at the Austin-Bergstrom International airport last week after being hit by a landing aircraft.

Keep scrolling to find out more about this horrifying story...

We are all well aware of the risks that airports hold...

But the majority of us never think about them due to the excitement of traveling and going on vacation.

When we're in an airport, we are surrounded by hundreds of airplanes...

All of which weighs around 90,000 pounds each along with the hundreds of thousands of gallons of fuel they carry on board.

But thanks to the strict procedures that are carried out in airports daily, there are very rarely any deadly incidents involving an airplane and a passenger.

This is exactly why passengers aren't allowed on the tarmac.

But reports have just come in from Texas of a fatal incident as a result of someone walking across the runway.

It all happened at a Texas airport last week.

A Southwestern Airlines jet was coming in to land at Austin-Bergstrom International on Thursday night when the worst possible thing happened.

As the plane approached the runway...

The pilots spotted a man walking around on the tarmac, ABC7 reported.

The pilots were forced to use their initiatives...

And according to the carrier, the pilots attempted to maneuver the aircraft around the man when they landed.

But the pilot's efforts were little to avail.

The man, who has not yet been identified, was hit by the landing aircraft and was pronounced dead shortly afterward.

"Southwest flight #1392 arrived safely this evening at Austin-Bergstrom International Airport (AUS) after being cleared to land on runway 17R," the company said in a statement.

Sadly, there wasn't much that could be done in the short space of time.

"The Southwest aircraft maneuvered to avoid an individual who became visible on runway 17R shortly after touchdown. The aircraft quickly came to a safe stop, and the pilots reported the event to local air traffic controllers," the statement went on to say.

Nobody else was injured in the accident...

And after receiving further instruction from controllers, it was allowed to taxi to the gate where all fifty-three passengers and 5 crew deplaned safely, with no reports of further injuries.

Recordings of radio chatter between the cockpit and tower reveal the moment the pilot spotted the male, seconds before his death.

"I believe there might be a person on the runway," the pilot can be heard saying.
"Where exactly do you see the man?" the air traffic controller asks, to which the pilot then replies, "They are behind us now."

The runway was quickly closed for the remainder of the evening...

But it was reopened the following morning.

The incident is now being investigated...

And it isn't being treated as suspicious due to the man not wearing airport uniform or carrying any form of ID.

People have been speculating as to what actually happened...

And many are torn between a stunt gone wrong and a successful suicide attempt.

But whatever the circumstances...

This is a tragic loss and our hearts go out to the family of this yet unidentified man.

And in the meantime, keep scrolling to read about the incident in Ecuador when officials attempted to stop a plane from landing...