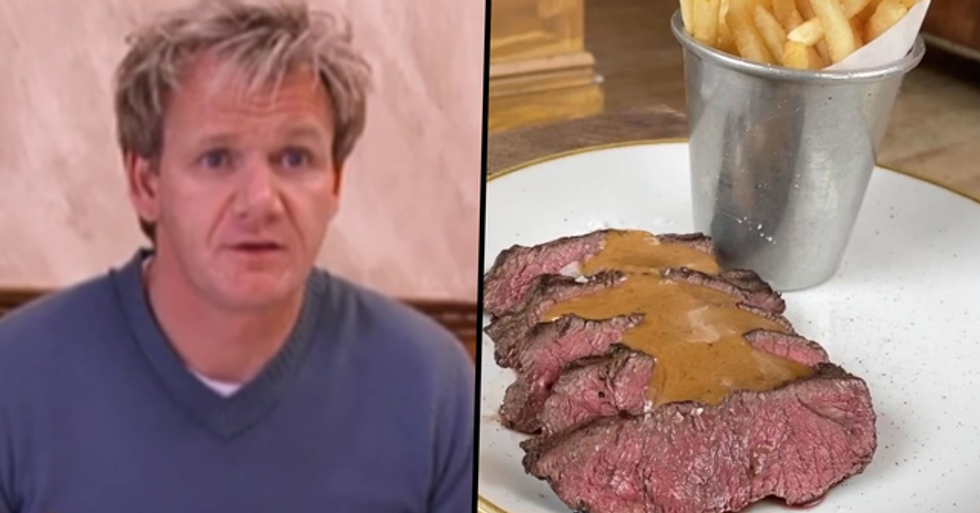 We all know running out of a restaurant without tipping (or even worse, dine-and-dashing) is unacceptable behavior. But one man from Atlantic City may have been more tempted than most after he made a huge order blunder...

If you're out to dinner, there's only one thing to order.

It's gotta be steak, right?

It can never be recreated at home.

Steak can be a pricey treat.

As one man discovered this week.

With what has to be the most expensive steak dinner of all time.

But unlike some restaurant customers from hell...

He stepped up and paid the eye-watering bill - and got a pretty good story out of it, too.

Working in a restaurant can be a tough old job!

And people who haven't worked in the food service industry just don't get it.

You're sat around waiting for a snow day.

But newsflash - there's no such thing as a snow day when you work at a restaurant. People still have to eat, and that means you have to be there to cater to their every whim.

And you're bound to forget a table every now and again.

Because your brain is running at a million miles a minute trying to remember table four's drink orders straight, grabbing table seven's extra napkins, and checking to see if the bar has your cocktails for table 3.

Bit of a weird one but it's true - all of your money is wrinkly! No fresh notes here. Who knows where customers get their bills from? Sure, they all spend the same, but they can't all be used at the self-checkout.

And to make matters worse - some customers are just straight-up d*cks.

Anyone who's worked in a restaurant has been in this situation.

If there's only one piece of advice I could impart to restaurant-goers, it'd be this: If someone asks to see your ID, just give it to them. If they don't ask, just drink your drink and shut the heck up about it.

But recently one restaurant had an unexpectedly great day.

When one man dropped a huge amount of cash on a steak - by accident!

"So my girlfriend and I are in Atlantic City for two nights, our first vacation of any sort since COVID-19 started."

"We made reservations tonight for outdoor poolside dining at Gordon Ramsay Steak at the Harrah's."

"We were there last year when things were normal and were lucky this was one of the few restaurants open and with good outdoor dining."

"Well, they had real deal Japanese A5 Kobe on the menu - and it was cheaper than American Wagyu."

"It was like nothing else you’ll ever have. Melt in your mouth delicious."

"All in all an amazing meal and we were glad we could support the restaurant and its staff during these challenging times."

"And I still couldn’t believe Kobe was cheaper than Wagyu!"

Well - there's a reason it was unbelievable. Because it wasn't true.

"I had to read the menu again when the bill came."

Hey, at least he paid!

"For the rest of your life, every time someone says 'this is good steak' you can say 'Yeah, but..'"