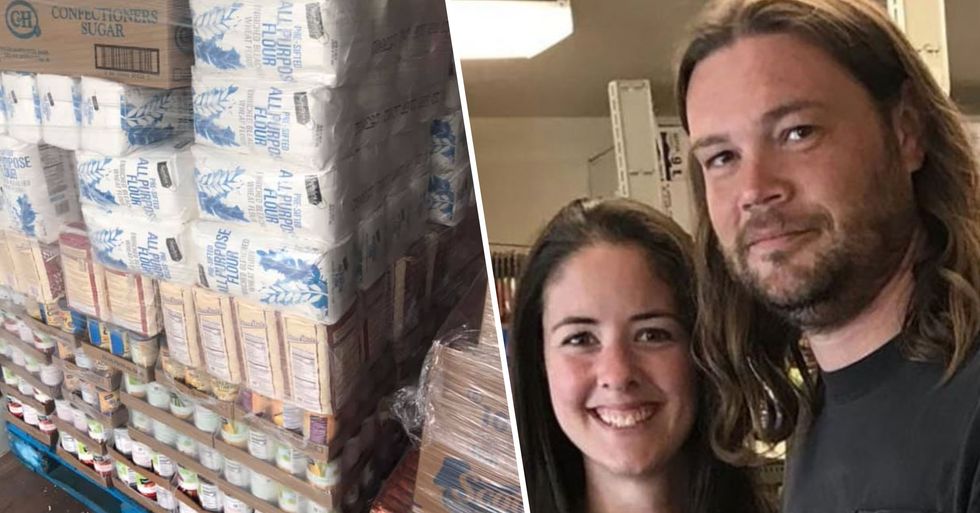 Way too many people around the world have been left without groceries due to the extreme stockpiling that people have been doing during the pandemic. But it's thanks to the kindness of strangers that we're all managing to keep calm and move forward.

However, one man has taken his kindness to a whole new level as he travels fourteen hours by boat in order to provide essential supplies to his city.

Keep scrolling for the incredibly scary snapshots of his journey.

Recently, the demand for basic groceries has been higher than ever.

With the deadly virus still sweeping the planet, millions have descended into mass hysteria - And have been frantically stocking up on basics such as toilet paper and dried pasta as a result. There's a sentence I never thought I'd write.

And none of us are entirely sure why. Thank God that's stopped now.

Things are just as bad all around the world.

It is utterly devastating to know that these selfish acts have left the elderly unable to do their weekly shop...

But thanks to the kindness of strangers, the elderly and the vulnerable don't have to worry about getting stuck in the horrific scenes at the grocery store.

But one particular man has taken his kindness to a whole new level.

Toshua Parker, a supermarket owner in a remote area of Alaska has gone the extra mile to make sure the people of his city have access to the essential supplies they need.

Every week, he takes a fourteen-hour boat ride to fulfill his duties.

Parker owns Icy Strait Wholesale in Gustavus, Alaska, and has been voyaging weekly to Juneau which is almost fifty miles away, so he can purchase goods at Costco.

The journey is long and grueling for him and his staff.

But it is a crucial trip for the 450 residents that live in the area because he owns the only supermarket there.

On a typical day, he can wait for his stock to arrive...

But due to the long wait times for deliveries because of the pandemic, his city would suffer without the weekly journeys.

He told CNN this:

"It’s funny because, for us, this doesn’t seem like a big deal. Alaskans are fiercely independent and resourceful; you really have to be to survive here. So, when a problem arises, we don’t typically look to someone else for help, we just find a way to do it."

It hasn't been an easy ride, that's for sure.

Storms and high tides have proved to make the trips much harder, but in the end, it is all worth it for the safety of his fellow local residents.

Here's a shocking snapshot of one of the more scary journies:

We need more men like Toshua Parker in our lives. Even though the pandemic has been wreaking havoc on us all, there have been some benefits that have come about. Keep scrolling to find out what they are...