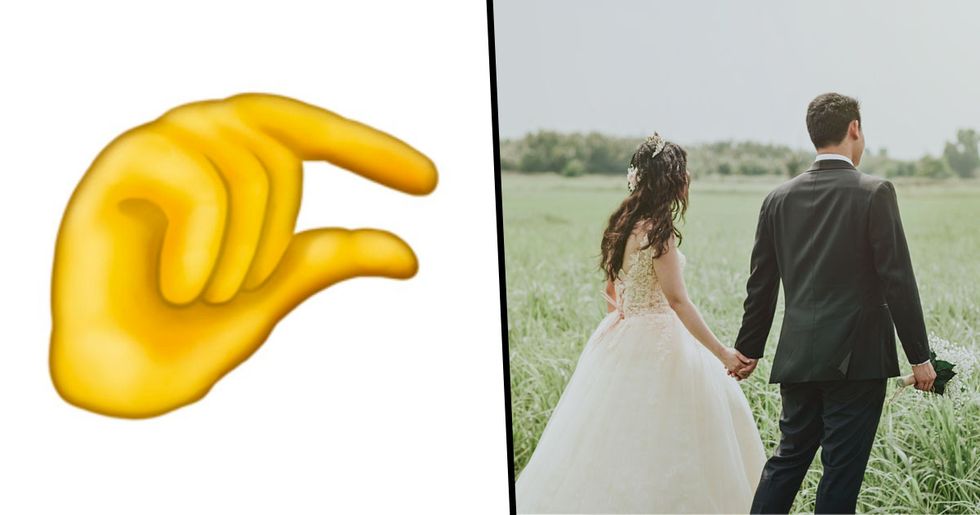 Man With Micropenis Is Suing His Wife for Revealing His Secret

How about your wife, after seeing it for the first time on your honeymoon, posting a story on Reddit about your micropenis? How about that?

Well it's true, a man who revealed his most intimate secret too his newly-wed wife, logged on to Facebook to find a post, taken from Reddit, telling the world about the size of his penis.

What’s the messiest divorce you can imagine?

Picture the most emotionally messy divorce you possible can. One built on duplicity and deceit, bolstered by eternal resentment. Now, I guarantee you, this one’s worse.

The story begins in the usual way

Two unnamed people fall in love, and decide to get married. A proper love story - the kind we tell children about. But not for long.

But something was up.

The woman noticed something strange. Whenever she tried to fool around, he would stop her before she went too far.

He said he was 'old fashioned’

The man wasn’t religious, but would excuse his caution by saying the he was just ‘old fashioned that way’.

The tension begins to build

With their wedding looming, I assume the mastery and excitement began to grow.

The pair finally get married

Finally, the two love birds got married, but one of them was in for a surprise…

They immediately leave for a honeymoon

Now, in the honeymoon period, it’s no holds barred, and the pair can, at long last, be fully intimate with each other.

But then he reveals something

Turns out the man wasn’t as old fashioned as he said he was.

She was quite shook

I can understand feeling a bit shortchanged, he should have probably told her.

But what she did next was pretty unforgivable

Shook up and feeling lied to, the woman decided to turn to her closest friends - only joking - she decided to post details of the whole affair on Reddit.

Wow, she doesn’t waste any time getting to the point does she?

Am I the asshole?

Honesty, yes, I think you might just be the asshole.

This is what she did when she discovered the truth

Well of course he was worried about telling you. But that’s not the same as lying… Is it?

The story began to gain traction

If there’s something that the internet’s good at - it’s spreading unwanted secrets at top speeds around the world. Nice job.

Then things go from bad to worse

Things got infinitely worse when a mutual friend of the married couple posted the story on Facebook.

And the inevitable happens

The husband was so upset by the breach of trust, that he began to pursue legal action: calling for an annulment, and even threatening to sue her for defamation of character.

What did she expect?

I don’t really understand why she didn’t see this coming. She posted his most intimate secret online - these things are easily traceable.

But what happened next will amaze you

I can’t believe this… but she actually carried on posting on Reddit, telling the world about their battered marriage. I know…

Here’s what she said…

She needs to talk to him

This is too much. They need to have a long frank discussion about all of this.

Eventually she did confront him about it

She did eventually get around to confronting him about it. Do you know how I know? Because she posted it on Reddit!

Poor guy, this is so painful

Imagine keeping a secret like that from the person you love, and not to seek reassurance instead - it must be horrible.

The growing terror of gossiping families.

My family gossips all the time, but never about stuff like that.

Repentance too little, too late.

As far as we know, he’s still suing her

There’s been no subsequent posts to say he’s dropped the charges or that their marriage is back on track. So let’s assume the worst.

Now, what have we learned?

In the wake of this marital train wreck. Let’s look back on the morals of the story.

1. Don’t worry about the size of your penis

It’s probably fine. And if it’s not - then that person’s not right for you.

2. Don’t marry someone who you don’t know you can trust

That goes for both of the them. There’s some serious trust issues there. Wow.

3. And, this is the most crucial of all of them - Don’t post online about the size of your partner’s genitals!

I can’t believe I’m having to say this. I’m going to go bathe in Clorox.