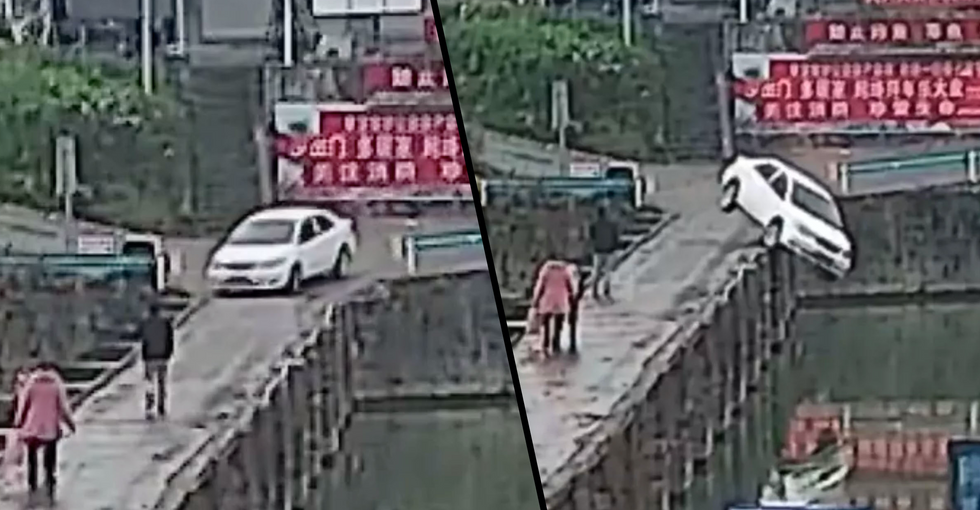 Man Passes Driving Test and Immediately Drives Into A Canal

As any driver out there can relate, taking the dreaded driving test is always a nerve-wracking experience.

But once the test has been passed, we are free to drive whenever and wherever... and that is truly the best feeling.

But one man has recently made headlines after he drove straight into a canal minutes after passing his test.

That there are still some pretty bad drivers out there.

But one would imagine that minutes after a driving test, a person would at least know what they're doing...

One man in China has recently proved that this assumption is highly incorrect.

A video has surfaced online from the southern Chinese province of Guizhou in the city of Zunyi of a very new driver.

The driver of the car has since been identified as a Mr. Zhang...

And believe it or not, the new driver had passed his test that very day! But it's when Zhang comes face-to-face with the pedestrians when things begin to go downhill.

Zhang clearly panics when he sees the pedestrians...

Luckily for Mr. Zhang, the car instantly floats in the water...

And unlike the seemingly calm and unconcerned pedestrians, the new driver was in quite some panic.

Luckily, he managed to get out of the car and swim to safety...

But this isn't good news for his new car at all.

So how on earth did Zhang let this happen?!

Speaking to local media, he said, "While I was driving, I tried to grab my phone and read some messages while two people were in front of me on the bridge. I became nervous and turned left suddenly."

This seems to be a case of the classic "nervous driver"...

"Luckily, the car floated for a while. I couldn't open the driver's door so I had to kick open the door on the other side. Otherwise, I may never have got out as my hand was dislocated in the chaos." he explained of his injuries.

Residents helped Zhang get to a safe area before handing him some dry clothes, according to local media, while the police ensured the car was lifted out the river by crane.

Watch the shocking video for yourselves here...

And make sure to keep scrolling to learn about the driver who was fined for drinking water behind the wheel...