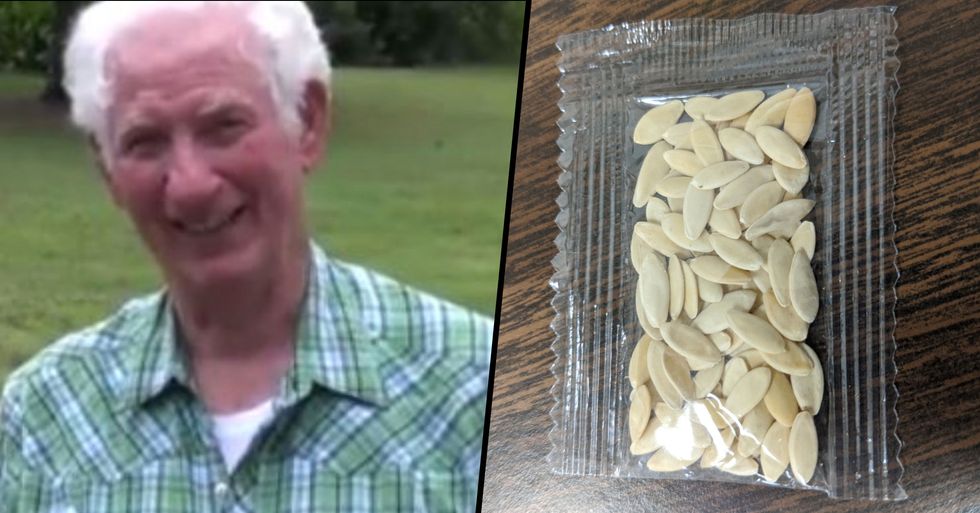 Gardening has really taken off in recent years. But one mysterious story shows the dangers of planting when you aren't quite sure what will spring up...

Houseplants have really taken off in the past few years.

The fact that many of us live in apartments without outdoor space means we want to bring the outside in.

You can turn your home into an indoor jungle.

There's just one problem. Keeping plants alive can be hard!

But that doesn't stop people filling their houses with greenery.

From fresh flowers to mini trees, home jungles have become something of an Instagram obsession.

And we're not complaining...

Our Pinterest board if full to the brim of homes peppered with plants and flowers.

How stunning is this set-up?

But gardening isn't without it's risks.

When it comes to planting things, expect the unexpected!

As one man in Arkansas discovered this week.

When he planted some mysterious seeds that had arrived in the post...

People were receiving these seeds in the post from China - and nobody quite knows why.

27 states including Washington, Colorado, Kentucky, Nevada, and Texas have reported these packages.

Scott Bray of the Arkansas Department of Agriculture warned people not to plant these seeds.

"Our concern is from an invasive-pest aspect; these seeds could introduce an invasive weed or an invasive insect pest or a plant disease."

But one man couldn't resist.

He claims he'd already planted the seeds before he saw the government advice.

And, therefore, decided he might as well see the project through!

He claims the only reason he initially planted the seeds was curiosity.

"Every 2 weeks I’d come by and put Miracle-Gro on it," he claimed.

While this sounds like something from Little Shop Of Horrors...

People have some pretty regular theories on what the mystery plant is.

Many think it's some sort of variety of squash plant.

Here's the plant in question.

There's no denying it - it's large!

It's been taken for testing so people can figure out what it actually is.

It's not currently believed to be dangerous.

But the fact it's unidentified is still concerning to some!

And as for why this is happening?

It's believed to be what's known as a "brushing scam."

The Whitehouse Police Department’s Facebook explains that this is, "an exploit by a vendor used to bolster product ratings and increase visibility online by shipping an inexpensive product to an unwitting receiver and then submitting positive reviews on the receiver’s behalf under the guise of a verified owner."

A company is essentially sending out random packages in order to verify fake reviews.

But as for why they're sending seeds?

Well, that's still not known for sure.

Want another weird gardening story? Scroll on for the latest innovation in lychees.