Man Receives $3,200 Medical Bill for Coronavirus Test After Returning to US From China | 22 Words 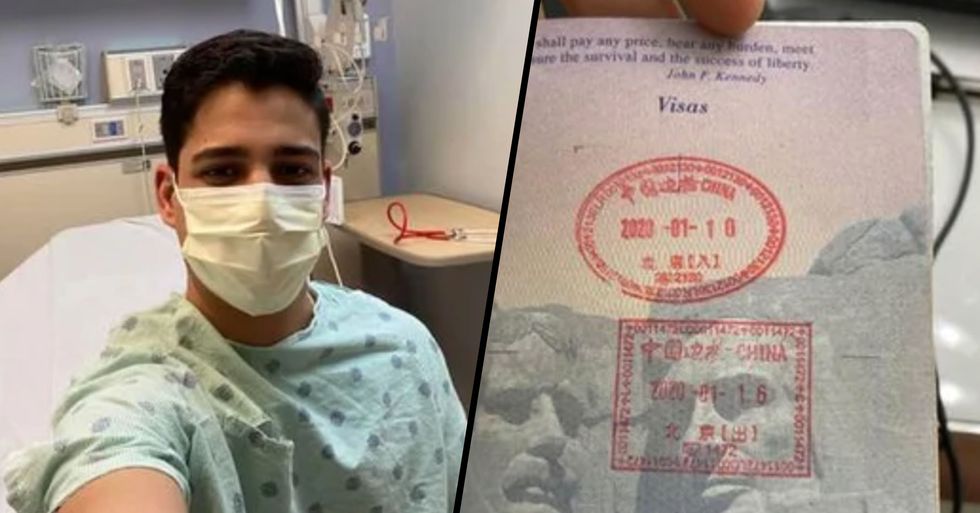 Man Receives $3,200 Medical Bill for Coronavirus Test After Returning to US From China

Numerous cases of coronavirus have been confirmed here in the States. But it seems for one man in Miami, the outbreak has been seriously tough on his wallet...

And, of course, he managed to turn the whole thing around onto the Democrats.

Because that's what Trump does best, isn't it? "It was opposed by the Dems, “too soon", but turned out to be the correct decision. No matter how well we do, however, the Democrats talking point is that we are doing badly. If the virus disappeared tomorrow, they would say we did a really poor, and even incompetent, job."

President Trump remains confident regarding the coronavirus situation here in the States...

But for one man in Miami, the coronavirus outbreak has proved to be pretty tough on his wallet.

Osmel Martinez Azcue returned from a work trip to China last month. But, he soon discovered he was displaying flu-like symptoms.

He decided to head over to a Florida hospital to get tested for the virus, the Miami Herald reports.

Luckily for him, it turns it out he did just have the flu...

But, 2 weeks after getting the all-clear, his limited health insurance left him being hit with a hefty medical bill.

While Osmel will only be forking out for $1,400 of that bill, he was outraged that normal citizens are having to stump up these costs. "How can they expect normal citizens to contribute to eliminating the potential risk of person-to-person spread if hospitals are waiting to charge us $3,270 for a simple blood test and a nasal swab?" he told the newspaper.

Osmel previously had insurance through the Affordable Care Act...

And, according to The Independent, he picked that insurance as he makes $55,000 through his job at a medical device company, that doesn't provide a health insurance plan.

But, once he'd purchased the plan...

The premium increased up to $400 a month once his full salary kicked in, forcing him to cancel the plan and pay $180 per month, instead, for a limited plan through National General Insurance.

But, sadly, that's not the end to his problems...

He also needs to provide his insurer with 3 years worth of medical records to prove that the flu he caught didn't relate to a pre-existing condition. If for some reason it did, then the insurer would no longer pay a portion of his bill - meaning he'd be over $3000 out of pocket.

Jackson Memorial Hospital, where the man received his tests, told the Miami Herald that the man can expect more bills.

As of now, it remains unclear what else he will have to fork out for. Interested in more news related to the coronavirus outbreak? Keep scrolling to see how one couple onboard the "coronavirus cruise ship," have been coping while in quarantine. Spoiler alert: it's actually pretty hilarious.