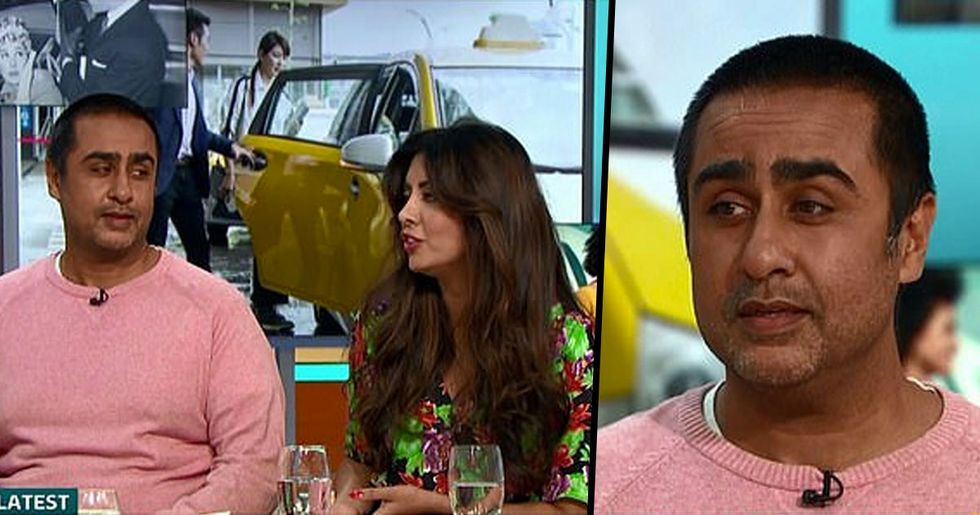 While traveling on any kind of public transport, it's sort of a given that, if an elderly person or someone with a health issue comes along, you should give up your seat for them. But, should men give up their seats for women?

In the age of feminism, many argue that the age-old idea of "chivalry" has now become more confusing than ever, with men feeling like they don't know whether they can "be the gentleman" by opening doors or offering help to women.

Well, during a national television debate surrounding feminism and chivalry, one man came out and said that he would rather not give up his seat for a woman on public transport because women "never do the same" in return.

The debate was sparked by a tweet posted by American feminist writer, Caroline Rothstein, who refused to let a man help her with her luggage - and the issue has since spread like wildfire.

With so many varying opinions, the debate has become pretty complex, so keep scrolling to unravel this issue and see whose side you're on.

For decades, men have been expected to adhere to the rules of chivalry.

The social code that originates from the early twelfth century expects men to display a certain level of "politeness" towards the opposite sex.

And the social norms that come along with chivalry are certainly alive and well in modern-day society.

We're sure that all the ladies out there are familiar with their man offering to pay the bill, or having a man open a door for them, for example.

But times have changed massively since the term was first coined.

It can be quite a complex affair in the modern world.

Some argue that it's taken on a different form entirely.

One woman wrote that a male colleague had refused to walk through the door that she had held open for him. In her piece for Medium, she wrote: "His refusal to enter simply because a woman opened the door was chauvinism at its finest. I had been polite, and he could not accept that courtesy because of an outdated sense of men’s roles. "Had he arrived at the door first, I would have happily walked through it with a smile and simple thank you." Like, c' mon, politeness is politeness, it seems pretty far fetched to be taking chauvinism so seriously that you won't even walk through a door because a member of the opposite sex has held it open for you.

The rise of feminism has certainly had a part to play.

Many women now reject the outdated idea of chivalry in the name of equality of the sexes. Because, let's be honest, as women, we can open the door or pay the bill if we want to.

And this mainly comes from one particular notion...

When the idea of chivalry was first created, it came from men trying to be "noble," protecting their women from other men. But, centuries on, women have gained so many more rights and much more empowerment thanks to the feminist movement, so the traditional need for being chivalrous isn't really there anymore.

In fact, some people claim that the movement has killed chivalry all together.

Although it seems pretty harsh to be demonizing feminism. After all, the movement was and still is so important to ensure that both sexes have equal rights - rights that women simply didn't have for so long.

And it seems like some men are pointing their fingers at the #MeToo movement as the main culprit.

Because the #MeToo movement has made it confusing for men, as they now don't know how to act around women - which seems ridiculous as the whole idea of the movement is speaking out about sexual harassment and violence against women. So, if you're worried that your behavior might raise eyebrows... you might want to take a look at yourself, seriously.

But where do we draw the distinction between chivalry and simply being polite?

It's easy to assume that, with the rise of feminism in society, women want men to ignore them and refrain from helping or being polite. That's not the case. It comes down to having the option to pay the bill or opening the door for a man if you got there first, out of manners. But, by the same token, if a man got to the door before a woman, it's not offensive for him to open it for her.

It appears to be a complex issue for many and there isn't a shortage of strong opinions out there.

Like this guy, who took to Twitter to write that he believes there's been a war on men for decades and that "lunatic" feminism has a huge part to play.

Last month, a feminist writer sparked an international debate with a controversial tweet about the topic.

American writer, Caroline Rothstein, penned a tweet citing an encounter with a male stranger on a plane, who offered to help her with her luggage. The tweet went viral and massed thousands of responses. Spoiler alert: many people weren't too happy with the tweet.

Saying, “No thank you, I got it,” to the middle-aged white man on the airplane who offered—and began—to take my sui… https://t.co/slM3ncet7h
— Caroline Rothstein (@Caroline Rothstein)1564604266.0

Her tweet received over thirty-thousand replies, sparking a huge feminism vs chivalry debate.

The writer was slammed for ridiculing the stranger, who was likely trying to just be polite.

Like this user, who pointed out that Rothstein was being insensitive and ridiculous in a society that's already so uncaring.

Others believe that she's giving women a bad name.

Many people pointed out that the man offering to help simply had good manners.

The tweet has garnered so much attention that, this week, a national television debate was held about it.

Journalist, Nirpal Dhaliwal, and comedian, Noreen Khan, appeared on Good Morning Britain to debate about whether feminism is killing chivalry.

Dhaliwal claimed that the events described in the viral tweet are "confusing for guys."

While appearing on the television show, the forty-five-year-old said that the refusal to accept help from a stranger is confusing and means that men don't know how to act around women. "There was a Twitter storm yesterday where a woman tweeted about some guy trying to help her with her luggage, getting it out of the compartment in the plane.
"She regarded him as an oppressor. Guys are getting their head bitten off, or certainly getting an earful just for helping. That's confusing for guys," he said.

He then went on to say that men shouldn't give up their seat on public transport for the opposite sex.

Talking of chivalry, or politeness, or whatever it's defined as now, the journalist explained that he would never give up his seat to a woman because a woman has "never done the same for him."

The journalist said that, even after being injured, a woman has never given up her seat for him.

Okay well, that's just bad manners. "It's a one-way street though. A woman's never given up her seat for me, that's even when I've had a football injury and I've been limping down the carriage," he explained.
"I've never had a woman open a door for me, pull out a chair for me - nothing."

He then took his point further by pointing out that men and women pay the same train fares.

"Firstly, if a woman is able-bodied, why should I? Guys pay for the train ticket as much as women do, they have a long day at work, they're knackered and if she's physically able why should I give up my seat for her," he said.

Although he did admit that there are exceptions to his stance.

If a woman was pregnant or had a health issue, for example, then he would be willing to give up his seat for her.

When it was time for feminist and comedian, Noreen Khan, to have her say, she made a good point.

The feminist also said she would never expect a guy to give up his seat for her.

Unless, of course, she was pregnant or head a health issue, as Dhaliwal previously pointed out. "Whenever I go on a tube or train, I never expect a guy to give up a chair for me - why should he? Unless a woman's pregnant I think or like you said with health issues, I would never expect that."

Of course, it didn't take long for the reactions to start pouring in on Twitter.

@MetroUK There are seats clearly marked to be given up for elderly/disabled/pregnant people, other than that I woul… https://t.co/hYx52LycyT
— Rattler (@Rattler)1565244584.0

This user pointed out that there are already allocated seats for disabled, elderly, and pregnant women.

Many women agreed that they wouldn't expect a man to give up their seat for them.

@MetroUK Why does it have to be an expectation? I don't expect anyone to give up their seat for me just because I'm… https://t.co/En9qVejpCm
— Dani California🎶 (@Dani California🎶)1565244762.0

Like this user, who couldn't understand why it needed to be an expectation. Especially seeing as men get tired too.

Of course, there were a handful of people that disagreed.

This user argued that it's hard to know what an "able-bodied" person is, not to mention the fact that women can suffer from painful periods. Judging by the number of mixed opinions, this debate doesn't look like it's going anywhere anytime soon. But, speaking of feminism, one man has been hitting the headlines for creating a list of what he thinks it takes to be a beautiful woman. Of course, the list is massively sexist, but, true to the saying "what goes around comes around," he made the huge mistake of posting it to twitter, so obviously, he was completely slammed in the funniest way. Keep scrolling to reveal what qualities this man thinks that women should have and how Twitter has reacted.