Despite these consistent warnings... | 22 Words 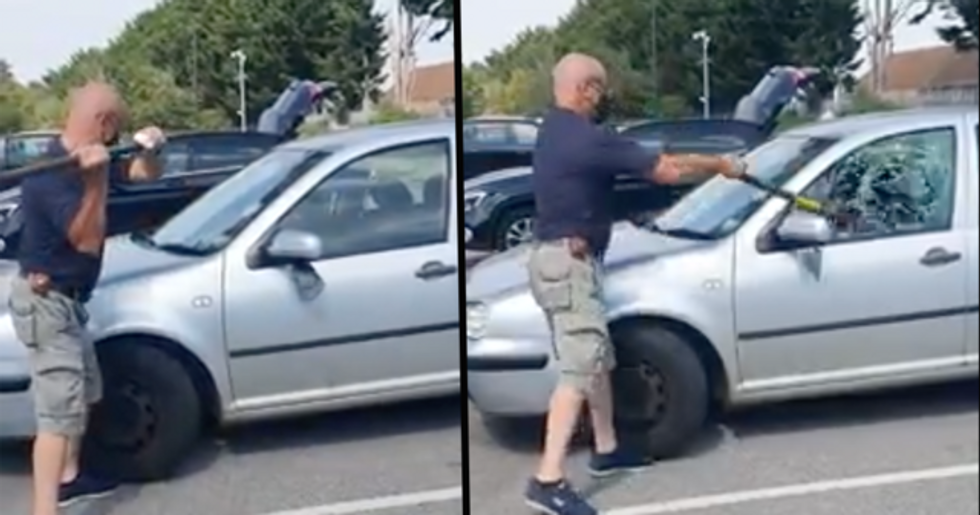 A man has been hailed as a "Good Samaritan" after he used a sledgehammer to smash a car window in order to save a dog that was trapped inside during a heatwave.

So just imagine how a dog would feel being trapped inside one for a prolonged period of time.

And how distressed the animals can become.

Luckily, most people know not to leave their pets in their vehicles on hot days...

But, sadly, there are still pet owners out there who insist on locking their animals in scorching hot cars.

The most recent incident happened in the U.K.

August 10th was one of the country's hottest days of the year, where temperatures soared to ninety-three degrees Fahrenheit. However, despite the heat, Samantha Heaver, a passerby, noticed a Yorkshire Terrier trapped inside a parked car.

The small dog was visibly in distress...

And was panting as it sat motionless in the baking car.

Luckily, the good samaritans decided to rescue the helpless pooch.

The police were called over and a member of the public, who has since been hailed as a hero, approached with a sledgehammer, ready to smash the windows.

And had to hit the window several times before he could break-in.

And the little dog was able to be retrieved.

At first, the dog seemed reluctant to leave the car...

And was visibly subdued and drowsy.

Once he was taken out of the car, he was given plenty of water...

And subsequently checked over by the vets, where it was deemed he would have no lasting injuries.

The owner returned ten minutes after the break-in...

And, unbelievably, was only "given advice" by the police officers, according to a Thames Valley Police spokesperson.

You can watch the dramatic rescue mission here.

For more on the idiocy of some pet owners, keep scrolling...