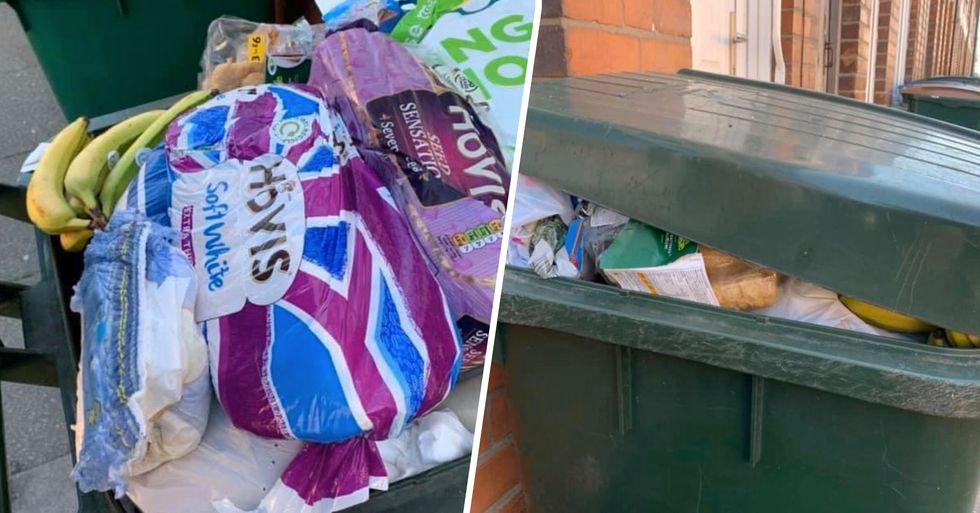 The entire world is panicking, but it's safe to say that the individuals bulk buying groceries as if they are preparing for war is beyond unnecessary. The outcome of such a heartless act has been captured and put online and it's utterly shocking.

Keep scrolling to see all the photographs that have left us all speechless...

Scientists have been working tirelessly in a bid to find a vaccine for the coronavirus.

And the masses are going to extreme lengths to protect themselves.

The people in the United Kingdom are in a mass panic right now...

After the country recently went into lockdown, it was plain to see that this wasn't going away any time soon, so a lot of them have turned towards this option as a coping mechanism.

But there are consequences to those kinds of actions...

This photograph was just one instance. "This absolutely broke my heart seeing this old man grabbing tissues because there was no toilet paper left!" Justine wrote on Facebook. "I offered him the very few toilet rolls that I had as I couldn't bear to see him go without! Pull your f****** head in people and stop panic buying toilet paper!!! And shame on all the people who have been buying in bulk because it's affecting so many people who aren't fortunate enough to do so!"

And it truly outlines how this manic bulk buying is terribly affecting those who are less fortunate.

Another set of photographs have recently surfaced and they are pretty shocking.

A councillor from Derby in the United Kingdom tweeted about how he has witnessed so much fresh produce and other food items peeking out of trash cans in the area as a result of panic buying.

It was heartbreaking to see so much food go to waste...

While others up and down the country are suffering from a lack of availability, other selfish people are throwing out good food because of they emptied out shelves when they didn't need to.

"To all the people in this great city of ours in Derby, if you have gone out & panic bought like a lot of you have & stacked up your houses with unnecessary items you don’t normally buy or you have bought in more food than you need, then you need to take a good look @ yourself."

Everyone on Twitter was left speechless at the discovery and took to the comments to voice their opinions...

One user wrote: "God help us all."

@AtwalAjit @guskinlan What a waste !!! unbelievable that food could have helped somebody who really needed it self greed at it's best 😡
— Stephen😋🌈💙NHS (@Stephen😋🌈💙NHS)1585301555.0

It is such a waste!

Another zoomed into one of the photos to reveal this:

As if someone chucked away fresh bananas like that! It is absolutely disgusting behavior.

It's important that we stay calm throughout this pandemic.

Bulk buying isn't helping anyone. In fact, it is making the world a more difficult place to live. Don't be selfish and stay safe. Keep scrolling if you want to know more about the importance of social distancing...