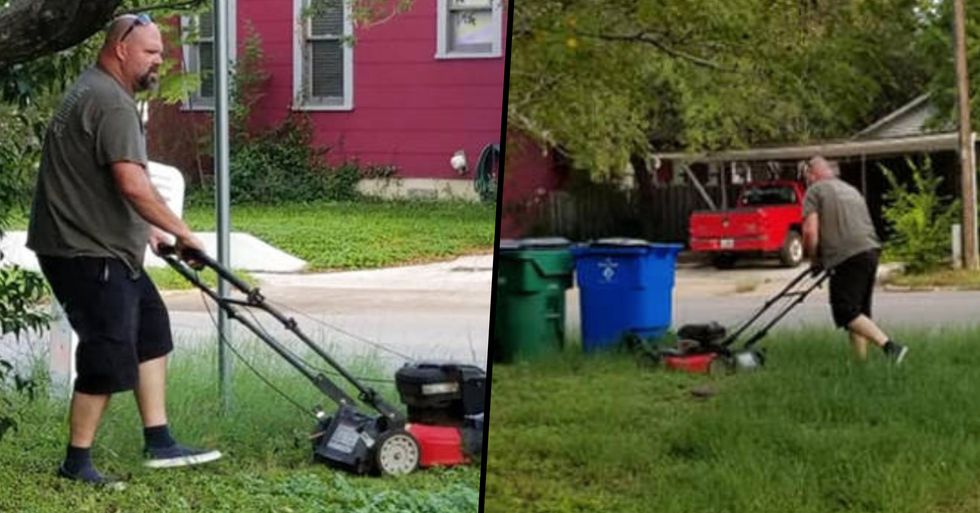 Divorce is never easy, but some choose to put differences aside when it comes to their children, and one girl has documented what her dad does for her mom even after so many years apart.

The internet can't get over his selfless actions...

Marriage isn't all sunshine and rainbows.

And sadly, not everyone gets their happily ever after.

A marriage simply won't work without hard work being put into it...

And that applies to both parties involved.

A marriage is so much more than just the big wedding day that so many couples excitedly prepare for.

And they also involve a lot of support for one another.

It's all about compromise...

Married couples need to help each other out and be there for each other in their day-to-day lives... that's exactly what vows are for!

But despite working hard to keep things together.

Sometimes couples find themselves arguing over the smallest of things.

When you first move in together, things can be far from the fairytale you imagined.

Sometimes it turns out you're a lot more different than you first thought.

Nagging our other halves isn't at all fun...

But so many of us find that we're doing it every single day without any result.

So much so that some marriages break down completely.

Disrupting the lives of everyone involved, including the children.

However, some couples put aside their differences for the sake of their children.

Co-parenting can be a huge factor in people's lives, so much so that despite relationship problems they still work together.

One couple, in particular, refused to let their divorce affect any other parts of their life.

And vowed through everything that they would remain civil and kind to one another.

A story written by Codie LaChelle McPhate documents how her dad still helps her mom out despite being divorced.

She wrote this heartfelt story to highlight the importance of family values and kindness to those you love.

She starts off with a little introduction...

"This is my dad, mowing my mom’s lawn. They’ve been divorced 28 years."

Her story has received an upsurge in positive responses online...

"My mom has bad knees, and my stepdad works out of town. When my younger siblings questioned, 'Why is your dad mowing mom’s lawn?' I told them, 'Because, she needed help, and he knew she couldn’t get out here to do it, so he did.'"

People were rightly moved by her dad's efforts to make things easier for her mom.

"This is how lucky I am to have four parents who respect each other, and know that at the end of the day, the only thing that matters is showing your children (even ones that are 32 years old) how to treat people and how to love your family, no matter how it came together."

"My dad is with me in Texas on vacation. He doesn’t even live here where my mom lives."

"So not only did he do something selflessly for her, he did it for her while he was on his VACATION. He wants everyone to know, 'I’m no saint.' He just wants to show others that you don’t need to act like an angelic pastor on Lent, but that we should all choose kindness whenever we can."

People clearly resonated with her story.

But despite people wanting to congratulate him on his selflessness, she admits: "My dad said he didn’t do this for the recognition."

Which makes us love him even more.

"He said my mom and he decided when they were going through their divorce they would both choose to be adults and treat each other with respect and compassion, because no matter how their marriage ended, they both loved each other very much at one point, and that that love -- counts for something. That if they were going to raise their children to be good, kind people, they needed to be good kind people."

"I’m very fortunate to have such amazing parents."

"I know my moms and dads would do anything for each other because we’re family. I’m very fortunate to have such amazing parents."

For more on marriage and divorce, keep on reading to learn about the husband who transitioned into a woman and how her transition saved her marriage...