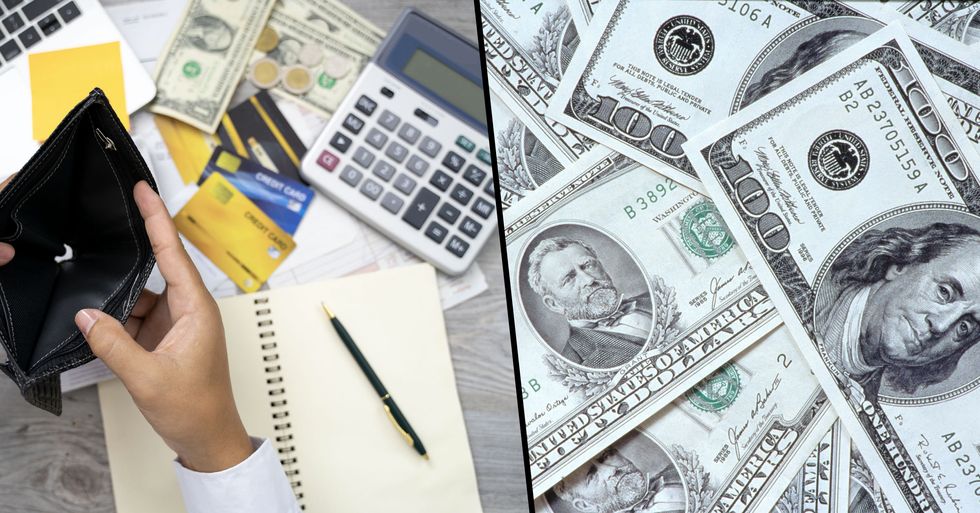 One man has sparked a huge argument with his wife after he said he expects to receive half of her wages when she starts work again.

Surprisingly people were on his side...

They can be a little confusing at times, can't they?

Allowing a new partner into your life is always going to be a big deal.

And it can take months for most couples to fully settle into a comfortable routine.

Because, despite relationships being mostly fun and games...

The early days of any courtship can be a little tough to navigate.

There is a lot to learn about a new partner...

And rules and boundaries need to be established from an early stage.

Even after tying the knot, there are still obstacles to overcome.

And then there's the question of who's going to stay at home with the kids.

While both parents usually work nowadays, in the early stages of a child's life, sometimes it requires one parent to stop at home.

While this is beneficial for some families.

Sometimes it can lead to confusion over who is entitled to the money coming into the household.

Every relationship is different.

And different couples have their own opinions on this often disputed topic.

One man has sparked a huge argument with his wife after he said he wants half of her wage for himself. And people agree...

The couple has been married for twelve years, with the dad in full-time employment and mom who stays at home with their 2 children.

He said it was "not a setup I enforced in any respect," and has always agreed to support his wife if she ever wanted to go back to work.

They share a joint bank account and luckily he is comfortably earning enough for the family without her having to work.

Though with their oldest child about to start school, his wife was thinking about returning to work. Which would mean jobs around the house would have to be split evenly.

His wife was apparently excited about having the disposable income to spend on things she never allowed herself to do before, like beauty treatments and clothes shopping, as well as building a family library.

That's when things got a little heated. He said: "I chimed in: 'Wow you've got some big plans! I wonder what I'm going to do with my half?'"

Probably not the best way of putting it.

"Her face. First, it went white with surprise and shock and then the brows furrowed and her face went red. "What do you mean YOUR half?"

It's fair to say it didn't go down well.

"That's where I argued that everything I ever made during our marriage was equally shared, and why should her money be any different?"

She came out with some pretty bold statements...

"She said that my paycheck was the family's money and that her paycheck was extra money that she's earning for herself."

It only went downhill from here...

"I then told her that sure, she can work and make extra money that she can use in any way she sees fit, but then I no longer felt it fair if I took equal work of household upkeep. She went livid, called me an a**hole and a patriarchal misogynist!?"

He decided to take the argument to Reddit, to see if others agreed with him... As you do.

One wrote: "She literally took the old joke 'what's mine is mine, and what's yours is ours'."

I mean he does make sense.

A second said: "You've had a 'single pot of money' for your whole married life, that doesn't change because now two people are contributing to it."

Another agreed with both sides of the argument, commenting: "You know, I kind of understand where she's coming from, though I don't agree with it. Even though you never viewed it as YOUR money, and it was always used as the family's money, she probably has always felt like it low-key really is your money."

Most didn't understand why she got so upset about the situation.

Keep scrolling for the main red flags to look out for when it comes to dating...