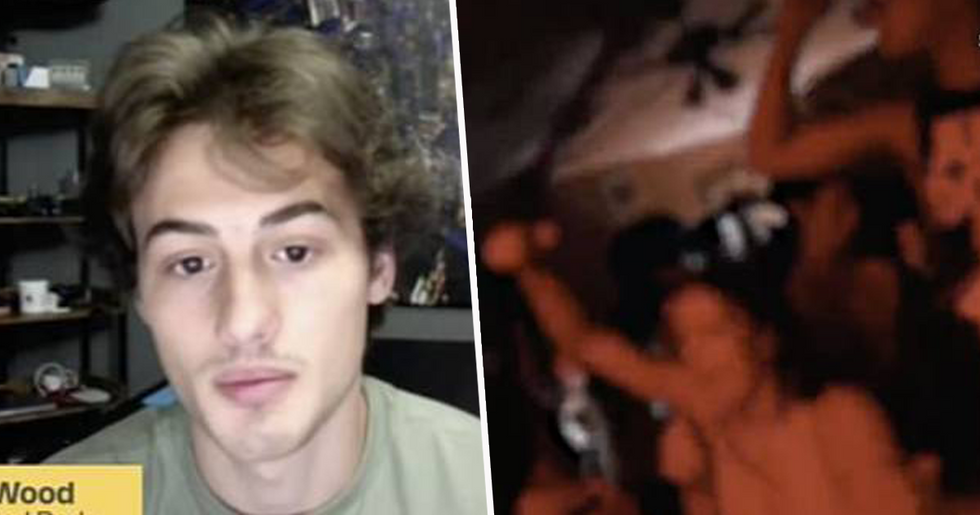 A man has unsurprisingly tested positive for the virus, after organizing a party for 400 people.

Keep scrolling to find out how many others have also tested positive, and what he's had to say for himself...

It's been a strange couple of months, hasn't it?

Since December 2019, a deadly virus has brought the world to a total standstill.

At the initial outbreak of the deadly virus, world leaders ordered full lockdowns upon their countries...

Ultimately forcing millions of people to quarantine at home.

Shops, restaurants, and bars have been forced to close indefinitely...

The virus has spread across the globe like wildfire and, at the time of writing, there are now 13,996,882 coronavirus cases with a further 593,776 deaths.

But, despite the severity of this pandemic...

There have been countless stories of people who are adamant about breaking the rules and, ultimately, risking their lives.

Admittedly, the majority of us have done well in obeying the rules...

And we have settled for the virtual alternatives to socializing. But, sadly, not everyone has quite got the message.

So many people have been flouting the lockdown regulations...

In order to secretly - and sometimes not so secretly - meet up with their friends and family.

And, in even more shocking scenarios...

The scenes have been completely unbelievable.

At the height of the pandemic, over 2000 people attended an illegal "Quarantine Rave" in the United Kingdom, without a care in the world for the lives they were endangering.

But this isn't the only one to happen.

These parties have been happening a lot more frequently than they should.

One of the most recent ones...

Was a 4th of July party which attracted around 400 people and has since had attendees test positive for the virus.

Cole Wood, who lives in Harrisonville in Missouri helped to plan the party which saw hundreds attend.

The teen admitted that he had not given the virus much consideration.

He is now quarantining after experiencing symptoms and testing positive, alongside 21 other party-goers.

Speaking to ozarksfirst.com, Cole explained, "A lot of people showed up and we didn't really think twice about the whole virus, 'it won't happen to us', you know?"

With that many people, it's horrific to think about how many people could have caught it and be spreading it.

Cole began to suspect he had the virus after discussing feeling ill with friends who felt the same.

He admitted, "I had two to three friends at the same time come up to me like, 'Hey, I'm sick.' I said, 'I am too, that's weird.' We started putting two and two together and were like, 'This could be bad.'"

Since seeing a proportion of people infected by the virus, Cole described it as an 'eye-opener'.

Speaking to kansascity.com, Cole said, "We all feel bad for causing this little outbreak that has happened. We feel like we should have been more responsible.

"Told people to wear masks or something. Not invited everyone."

Local authorities have asked those who attended to be aware of symptoms developing and isolate for 14 days.

Andrew Warlen, director of Cass County's health department told ozarksfirst.com,"For these kids, I have no doubt that most of them are going to have mild to no symptoms, but really the problem is I can't say the same for their parents or their grandparents or their teachers."

"I think the overall message is, even though things are reopening, we're not back to normal. Avoiding large gatherings is a really good idea."

The department was hosting a free testing event for those who attended the party.

Let's hope that they have learned their lesson and will be more careful going forward.

For more on the shocking reality of rule-breakers during this lockdown, keep scrolling to see the beach-goer who had a horrifyingly blase attitude towards the virus...