He was traveling from Bogota to Barcelona was stopped by the Spanish police. | 22 Words 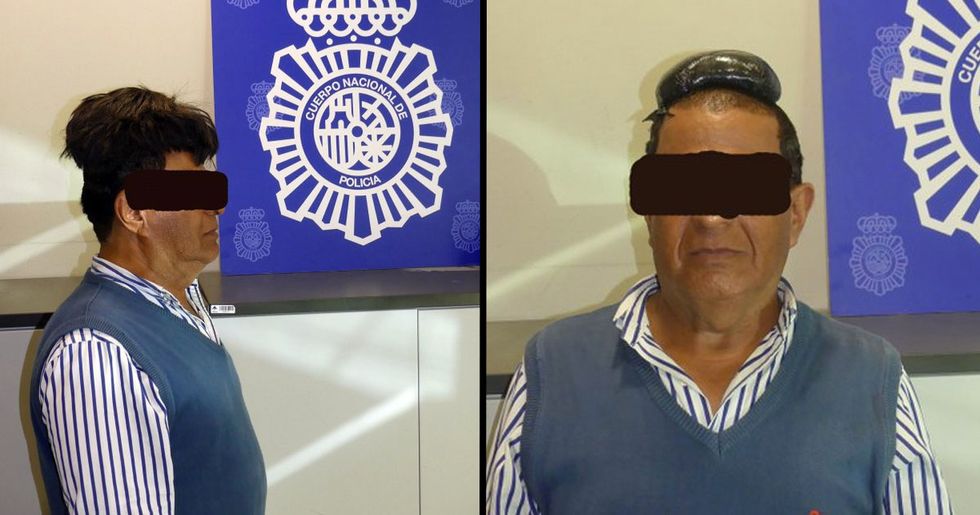 There's a reason that the war on drugs never ends.

As time goes on, people smuggling drug through airports and across borders are getting more inventive with their ideas. For every person that security catches, there are ten others that have managed to get away with it. Pretty risky business.

But, of course, the rewards make it tempting to some. One Columbian man was hoping to secure a whopping thirty-three thousand dollar reward for smuggling half a kilo of cocaine into Spain under a very peculiar-looking wig.

Stick with us as we expose his mugshot as well as a list of the most inventive ways that people have been caught smuggling drugs.

How stupid do you have to be to smuggle drugs across a border?

But, strangely enough, it occurs more often than you would think. It seems as if a maximum twenty-year sentence isn't enough to deter some criminals.

And that's exactly what people have done. Let's count down some of the weirdest methods that people have used to avoid getting caught with drugs in their possession. Spoiler alert: They all got caught!

I would advise that you keep these away from children and every other human being.

Also known as illegal steroids, in this case. I wonder what this guy gets up to in his spare time...

This is a snack that you really don't want to nibble on.

Forty-two bottles of liquid ketamine. God can't save you now.

I think that this guy had a screw loose...

Let's hope that the chocolate doesn't melt. Well, it kind of did.

This was not the breast way of smuggling drugs into another country...

They even went to the trouble of staining the cocaine black and still got caught. Sucks to be you.

Too obvious. If you're carrying an avocado, you're probably going to get searched.

We can't forget about this old classic, can we? You could have celebrated if you weren't caught...

I think we all know that smuggling drugs is a bad idea. But it's even worse if you're a naturally nervous person like this guy was.

He was traveling from Bogota to Barcelona was stopped by the Spanish police.

He looked extremely nervous after his flight had touched down in the country. The authorities were immediately notified and he was taken in for questioning.

And that's when they noticed something strange...

The wig that he was wearing caught their attention as it looked unnaturally big. And you'll see from the mugshot that it was completely obvious.

Upon further investigation, the authorities discovered that under the hairpiece was a tightly-wrapped package.

And I bet that you can guess what was inside it. No, it wasn't a souvenir. Well, it could have been... It was half a kilo of cocaine.

The package was worth just over thirty-three thousand dollars!

But the wig just wasn't realistic enough to keep it concealed. Neither was the look on his face.

The Spanish police posted the guy's mugshot on Twitter.

I love that they used some good ol' emojis to convey their emotions about the find.

A statement released by the police said: "There is no limit to the inventiveness of drug traffickers trying to mock controls."

Since the arrest was made, there have been no further details released on the criminal's identity. I mean, props for trying, but maybe look for a job that doesn't make you so nervous. It's really not good for your health. And neither are drugs.

In 2018 alone, over 100 kilograms of cocaine were seized by police.

Barcelona's airport sees multiple attempts to smuggle drugs into the country, but the laws around the issue are getting tighter and penalities are getting harsher so be warned. Don't do drugs, kids.