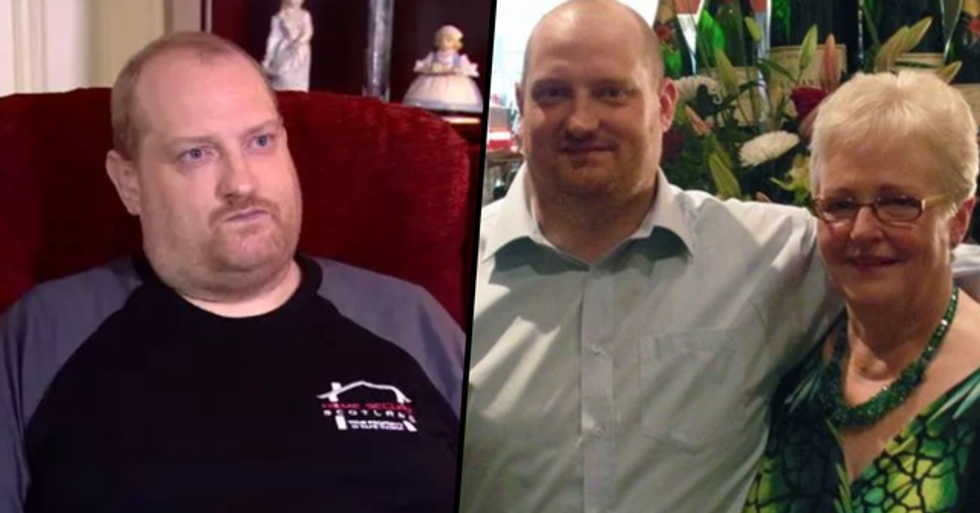 After being placed into a coma as a result of COVID-19, a man woke up to the most horrifying news imaginable...

Hundreds of thousands of people all over the world are currently in mourning.

As it stands, there are over nineteen million cases of the virus worldwide.

But there is someone out there who lost a little more than others.

It has recently come to light that a man who was diagnosed with COVID-19 himself awoke to the news that his entire household had succumbed to the virus.

Scott Miller, from Edinburgh, Scotland, has experienced perhaps the most heartbreaking loss as a result of the pandemic.

It all started on March 21st. Scott's mom, Norma, seventy-six, had a fall and, much to his surprise, he couldn't help her up.

She was taken by ambulance to Edinburgh Royal Infirmary from the home she and Scott shared...

Where, sadly, she tested positive for COVID-19.

However, by the end of that week...

Scott himself wound up in the same hospital, where he too was diagnosed with the virus.

And he was eventually placed into a medically-induced coma.

Scott was on the brink of death.

He had pneumonia, blood clots, and his kidneys were beginning to fail, as per the BBC.

Thankfully, after 3 weeks in the Intensive Care Unit, Scott pulled through.

However, when he awoke, he received the most devastating news.

It turns out that, while in his coma, Scott's mother had tragically passed away...

As had her sixty-nine-year-old partner, who he also lived with.

It is simply unimaginable.

Scott's sister-in-law, Sharlene Miller explained: "On the Sunday morning we got a call to say Norma had passed away, and we got a call from the consultant to say that Scott was very ill as well. Then Norma's partner passed away the following Sunday."

She explained that, while organizing Norma's funeral, they thought they were going to lose Scott, too.

"In the week between Norma's funeral and her partner's funeral, each day Scott seemed to deteriorate and they were running out of options. We were at the point where we were maybe going to have to make a decision about turning off his life support."

But the rest of the family were left with the mammoth task of breaking the heartwrenching news to him.

Speaking about his harrowing experience to the BBC, Scott explained:

"While I was in ICU fighting for my life, mom was in the ward... Basically passing away, really."

He went on to stress the severity of this pandemic.

"People need to understand that this is a real killer, and I don't think people are really taking it seriously."

"People need to know we're not out of it yet. They need to know, just be safe and secure and watch out."

Because, sadly, not everyone is quite understanding the severity of the virus.

Despite the warnings, people are still adamant on breaking the lockdown regulations.

Keep scrolling to read about the group of "Karens" who made a fake government agency to threaten anyone enforcing the use of protective face masks...