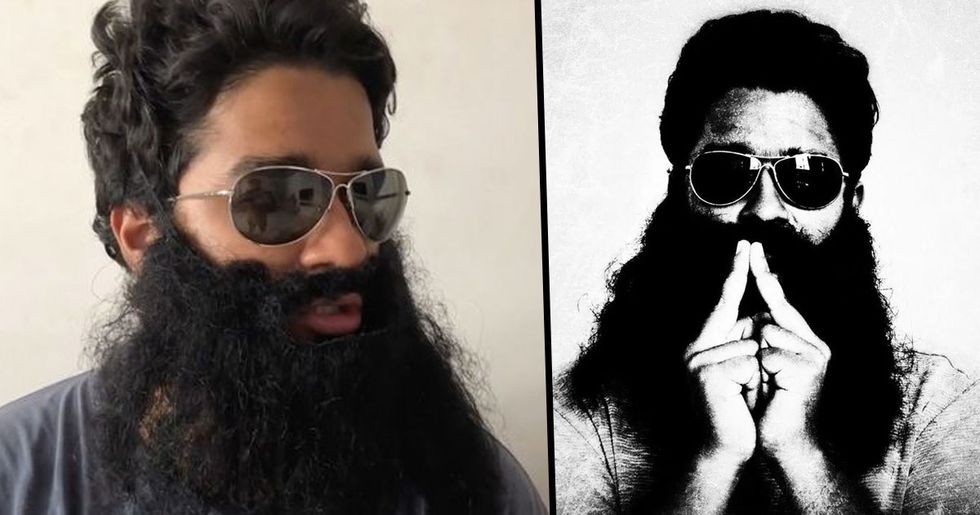 Some might call anti-natalism just another "unnecessary" trend, invented by "entitled millennials." But it's so much more than that.

It's actually philosophers, teachers and Ph.D.'s that believe the human population can't grow forever. The 7.7 billion of us are to blame for the thousands of starving children who live in poverty, the growing cases of teenage depression, and adult crime.

Plus, scientists strongly believe that one of the most effective ways to combat climate change and environmental destruction is restricting reproduction. However, they say most people, especially hopeless romantics and religious devotees, don't want to hear the ugly truth.

One anti-natalism supporter, Raphael Samuel, has started a Facebook group for this specific cause. He's even announced he's thinking of suing his parents for bringing him into this world without his consent.

He said that and immediately received horrible amounts of hate.

With people all over the world becoming more self-aware and asking for the freedoms they deserve, a new movement has arisen.

Anti-natalism, as Marie Claire describes, is a belief system claiming that "human beings are a destructive force to animals and to the earth, and therefore it’s morally wrong to create more of them."

Since it's impossible to ask the fetus if they want to be born, having a child anyway is forcing life on someone without their consent.

Writer, animal advocate and anti-natalist Diane Bandy said, "Our parents thrust us into the world but they won’t be living our lives for us." "There’s no way to predict your future or your child’s—but there will be guaranteed loneliness, disappointments, frustration, fears, illnesses, long work hours, and pain."

"Reproduction and parenting have been falsely glamorized. I never saw any logic to the idea that parenting is life-affirming."

Diane first learned about anti-natalism 6 years ago. She decided to draw more attention to the issue by starting an anti-natalist Facebook group and a YouTube channel, Marie Claire reports.

Even though the movement has received a lot of hate, just one year ago an anti-natalist subreddit had 9,000 members, while several Facebook groups had thousands of followers.

But anti-natalist beliefs are not just a modern trend.

According to Marie Claire, Homer and Sophocles had anti-natalist tendencies. 19th century philosopher Arthur Schopenhauer supported the idea of "sparing future generations the burden of existence." Norwegian philosopher Peter Wessel Zapffe said in the 1930s that human life is a biological paradox.

In the 1990s, the concept was now "explored in the context of welfare reform."

One of the best-known modern anti-natalism supporters, David Benatar, Ph.D., a philosophy professor at the University of Cape Town, says life is "pointless, avoidable suffering" and "the optimal population of earth is zero."

"The reason I focus on preventing people for their own sakes is because it’s the only way to guarantee people don’t suffer."

"No one will be hurt by another human and no human will hurt or commit crimes against others if people are not born," David continues. "Remember that all criminals were once little babies or innocent children." Yes, and they turned to criminal lifestyle because they had been born in emotionally and physically abusive families, or to parents who didn’t want them and couldn’t afford them.

Joanna V., an anti-natalist and animal rights activist, says that anti-natalism is about "more than simply refraining from having kids."

"Being child-free is a choice that could be made for financial, physical, emotional, or any other number of reasons, whereas anti-natalism has a worldly perspective."

"Anti-natalists feel it’s not fair to the children who are born and left with the mess we leave behind."

One major part of that mess is rapid destruction of the planet that's caused by humans and man-made climate change, Marie Claire says.

"There are many ways to reduce our ecological footprint, including eating low on the food chain and making wise transportation choices," says Les Knight, a substitute teacher and spokesperson for the Voluntary Human Extinction Movement (VHEMT).

"But all of them pale in comparison to avoiding the creation of a new human with a lifetime of impact."

Susan Clayton, Ph.D., a professor of psychology and environmental studies at the College of Wooster in Ohio, agrees, "Absolutely, it’s the case that we need less procreation."

"Regardless of whether you agree that we have too many people on the earth now, I think people have to admit that there is an upper limit to the population we can support."

10 billion people is the absolute maximum that the planet can provide food for, and the UN predicts that by 2100 there will be 11 billion of us.

"Climate change is already a hot-button issue, and whether population control might help is something many people don’t want to consider," Marie Claire reports.

Philip Cafaro, Ph.D., a father of two and philosophy professor at Oregon State University, agrees, "Liberals are forever saying, ‘Why can’t these idiots admit that climate change is real?’"

"But when we say, ‘Well, maybe we should set limits on population growth,’ they recoil."

And so does Helen Marshall, a 38-year-old anti-natalist and nurse.

"I recently started a new job and work primarily with women, and they literally all have children," she says. "I get asked every day if I have any, and when I say no, there’s always a massive silence that I’m expected to fill." "And I still don’t know how. It’s a very difficult belief to open up about and discuss with people. Society judges you so harshly for beliefs that are not mainstream."

The anti-natalist movement has even reached India, one of the most religious countries.

VT. says, some anti-natalist groups are urging people not to procreate for the sake of the planet's natural resources and thousands of homeless children.

One 27-year-old, Raphael Samuel from Mumbai, has a Facebook page, Nihilanand, for this purpose, where he posts anti-natalist memes.

Some of his memes include captions such as "A good parent puts the child above its wants and needs but the child itself is a want of the parent," with the hashtag #parentsarehypocrites.

Or even: "Isn't forcing a child into this world and then forcing it to have a career kidnapping and slavery?"

Raphael even told The Print that he plans on suing his own parents for bringing him into the world without his consent.

But it doesn't mean he doesn't love them.

"I love my parents, and we have a great relationship," he said. "But they had me for their joy and their pleasure. My life has been amazing, but I don't see why I should put another life through the rigmarole of school and finding a career, especially when they didn't ask to exist."

The anti-natalist group is holding their first national meeting on February 10 in Bengaluru.

Another anti-natalist, Alok Kumar, says, "Everyone is aware of how much we suffer in life."

"I thought about whether our world was a conducive place for bringing children up, and I decided it would be better not to have a child."

"We don't want to impose our beliefs on anyone, but more people need to consider why having a child in the world right now isn't right," says anti-natalist Pratima Naik, creator of the Facebook page Childfree India.

Naik has recently posted a message, asking people to take having children seriously and re-consider it.

"Should we continue to bring more children in this world and accelerate the process of environmental and social degradation?" asked Naik.

"Do you think existence is pain, and not bringing a child into this world, is a guaranteed way to avoid unnecessary suffering to the child?"

"We are a group of people who have decided not to reproduce. We are Childfree Indians!"

So many people were quick to react with anger to Raphael's posts and completely dismiss his ideas.

Keo King said, "I have heard about many inane things in 80 plus years, never as bad as this." Beverly Cook Atkins: "It’s their choice, but suing your parents is ridiculous."

Gwen Remkes: "What an absolute idiot! Obviously lacked education in some areas!"

Nkusi Sulait: "This is strange, I wish I could read the lawyers minutes on this case, motivating the presiding judge about the context in this petition, and how the parent's will defend themselves. Millions of people suffer and work hard to get somewhere but this leaves my mouth wide open."

Rye Walcott‎: "Everyone wants to be famous...."

Daniel Bond: "Dude you are a moron, Tell me how to you get consent from a child who is not yet even concieved? If you don't want to have kids that is your choice as it was your parents to have you because they loved each other and wanted a child to show that love. If i was your parents i would disown your stupid arse."

But just as many of others agreed there's some truth in Raphael's posts.

Megan Nicole said, "He definitely shouldn’t be suing, but he isn’t wrong that parenthood is selfish. What’s selfless about creating a life for your own enjoyment? Parenthood is only selfless for those who adopted their children."

Kanthie Jinadasa: "India really need to control population. Too many live in poverty."

Sherry Rose Capacasa: "There is never a good time to bring a child into this world, but what a couple should consider is can they afford to."

Daniela Brunner‎: "You must be a really brave and straightforward person to say these things in a religiously conservative country like India. Wow! ? Greetings from Switzerland where many, many people agree with you. Much luck in your mission! ?"

Anti-natalists' arguments might be really uncomfortable to hear, but you can't deny that there's some truth in it too.

Restricting reproduction could really help slow down the population growth, which currently is at 7.7 billion, according to Worldometers, and it would definitely help take already living children off the streets and give them a loving home. At the very least, I believe that the anti-natalist movement and Raphael's work will make us reconsider what we're really having children for.