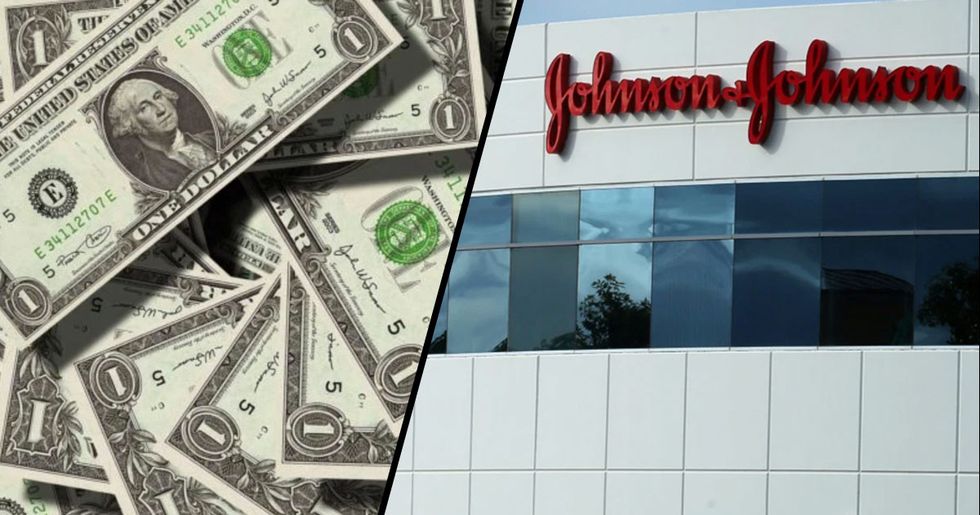 It's an unfortunate truth that there's almost no medication that comes without side effects. But some of these unwanted effects are worse than others - as one man from Philadelphia discovered.

Nicholas Murray, aged twenty-six, was prescribed Risperdal in order to treat schizophrenia and bipolar disorder back in 2003. But, unfortunately, alongside the mental health benefits, there was a significant drawback. Murray noticed himself growing breasts.

Now he has hit back at Johnson & Johnson - and has just been awarded a staggering eight billion dollars after a court ruled in his favor. Keep scrolling to learn more.

It's a sad reality that we all get sick from time to time.

And when we do, we rely on our medical professionals to take care of the situation.

And more often than not ...

That depends on finding the right medicine to best treat whatever it is you're dealing with.

But medication comes with a caveat.

In order to treat a problematic health condition, often patients are expected to deal with certain side effects.

Usually, these are pretty manageable.

Things like a dry mouth, slight nausea, or a feeling of fatigue are things most of us could deal with.

But some side effects are far, far more serious.

And one medicine which has hit headlines recently for some pretty wacky side effects is Risperdal.

The medication was manufactured by pharmaceutical giant Johnson & Johnson.

And currently, the company is facing a lot of legal backlash following distribution of the drug.

It's used to treat a range of mental illnesses.

The medication is best known for treating bipolar and schizophrenia, but has been known to be used in other mental health cases, too.

But its reputation is currently in tatters.

As one Nicholas Murray, from Philadelphia, US has publicized a rather embarrassing side effect to the drug.

For those out there without extensive medical knowledge, this means he developed enlarged male breasts.

He made the choice to take Johnson & Johnson to court, claiming the side-effect had caused him a huge amount of stress and anxiety.

Murray won the lawsuit, with ten jurors ruling in his favor.

The ruling was quite incredible.

Because Murray ended up winning a whopping eight billion dollars from the company.

And even worse? This is the first of hundreds of cases Risperdal patients in Philly are making against the company.

We bet they're quaking in their boots.

According to representatives, they're set to appeal the decision, calling it "grossly disproportionate."

But this could be seen as a story of hope.

If pharmaceutical companies won't listen to human compassion in order to make their medications safer, maybe they will listen when their bottom line is affected. Want to learn more about the evils of big pharma? Keep scrolling.