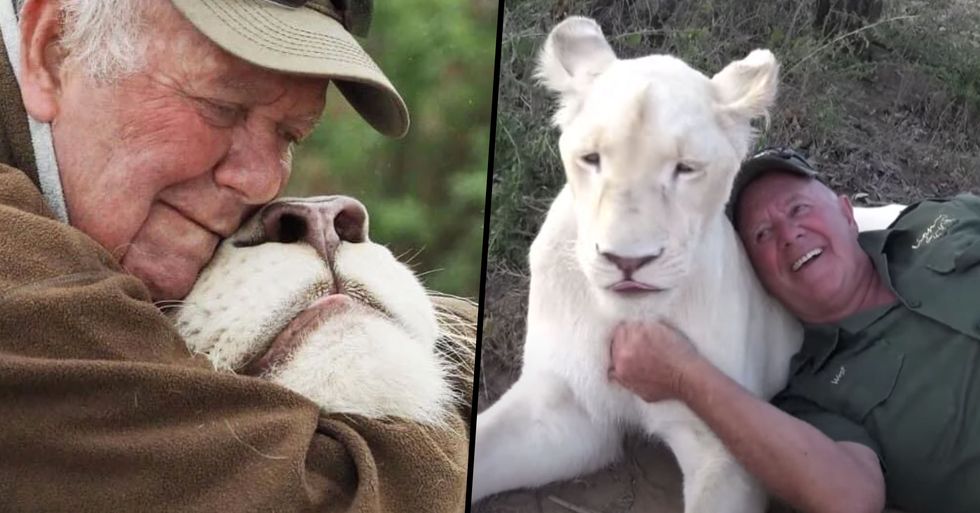 A man who kept 2 lionesses at a Safari lodge in South Africa has tragically been mauled to death whilst taking them on their daily walk.

This terrible story proves the recklessness of wild animals in captivity...

Over the years, there has been an endless debate over the humanity of zoos.

And whilst animals are the ones who pay the price, visitors and staff can also suffer.

And this doesn't just apply to animals living in zoos.

Animals kept in any form of captivity are bound to experience high levels of stress...

And this brings us to our most recent tragic story.

Tragedy recently struck at a safari park in South Africa.

The Lion Tree Top Lodge, which is located near the town of Hoedspruit, about 280 miles north west of Johannesburg, is run by the Mathewson family.

Sixty-eight-year-old West Mathewson helped run the park with his wife and daughter...

And over the years, he became very familiar with the animals kept at the park.

But this week, the worst possible thing happened.

West would regularly walk the lions on the park, in particular the endangered white lions.

He was walking 2 lionesses that had been on the park since they were rescued as cubs from a hunting farm...

But out of nowhere, the lionesses suddenly turned on West - a man who they were usually very placid around.

West's wife, Gill, tried to step in and help...

But the 400lb animals wouldn't let go of him, according to The Telegraph. He was tragically pronounced dead shortly after the attack.

West's daughter-in-law Tehri Fergusson told the paper it was unclear why the lions had killed him...

But she said they had not tried to eat him and suggested his death could have been the result of "rough play."

Only an autopsy will reveal what actually happened.

"We will only know why he died when we have the results of the autopsy," she then said.

Even though West had been doing this job for years...

His daughter-in-law explained, "We have to realize, West was not as young as he thought he was. We are still not sure what actually happened but there was very rough play."

And believe it or not, this wasn't the first time this specific set of lions had killed a person.

In 2017, they both broke out of their enclosure by climbing up a tree and jumping over the fence and attacked a worker and his friend on a neighboring property.

At the time of the incident, West stressed that the lionesses were friendly...

And he explained that they weren't aggressive and that he walked them for 3 - 4 hours per day, according to Africa Geographic.

The safari keeper clearly had a soft spot for these animals...

But sadly, this soft spot cost him his life.

Our thoughts and condolences go out to his family during this difficult time.