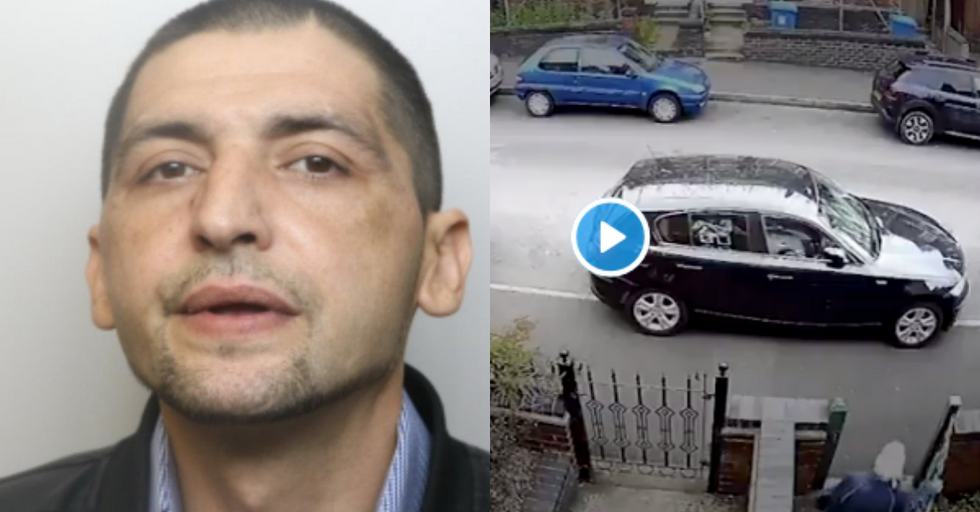 Sometimes there will be a story in the news that will be so horrible and tragic, it's hard to imagine why anyone would want to find out what's happening in the world. There are things that happen that are so unfair that it's sickening. While we can't avoid the news and the harsh reality of the world that we're living in, sometimes it's just horrible to read about what's going on. Sometimes things happen that we can't control, and it can make us so incredibly frustrated and upset. It can make you lose hope a little bit, quite honestly.

But, that's the world we live in. Sometimes wonderful things happen, and other times there are stories we read that are absolutely devastating.

It was reported this week that a man was found guilty of killing a 100-year-old Holocaust survivor. News broke that the 40-year-old man, Artur Waszkiewicz, has been sentenced to 15 years.

Sofija Kaczan was the victim of a handbag robbery turned deadly.

The Holocaust survivor suffered a broken neck and later died of pneumonia. She died in June 2018.

Kaczan was walking to a church near her home in Normanton, Derby when she was attacked.

According to BBC News, the judge in the case – Judge Nicholas Dean QC – called Waszkiewicz a "cowardly petty criminal."

Sofija Kaczan was a survivor of a Nazi prison camp.

She was attacked by Waszkiewicz on May 28, 2018, in an effort to steal money from her for heroin.

He denied the charges of manslaughter and robbery.

But he was found guilty of the heinous crime on Wednesday at Derby Crown Court.

Waszkiewicz was charged 15 years for manslaughter and seven years for robbery.

Waszkiewicz is no stranger to breaking the law. Previously, the convict had 24 convictions for a whopping total of 51 offenses.

"What he did was dangerous. What he did, led to awful, awful consequences," he said.

Judge Dean also said that Waszkiewicz was arrogant during the trial.

"True to your nature as a petty criminal and heroin addict, this was opportunist crime of the meanest, most despicable type," the judge said.

He continued with his statement...

"All this for modest gain and for you to satisfy your craving for heroin," he said.

It was reported that Waszkiewicz was on the search for an "easy target" to attack.

He allegedly needed to meet a drug dealer and buy heroin.

He robbed her, taking her handbag, and left her to bleed in the street, reports BBC News.

"There is tragic irony in the fact that Mrs. Kaczan had survived the unimaginable horror of a Nazi concentration camp and slave labor, as well as imminent execution, only to meet her end because of the cowardly and sordid actions of a petty criminal and drug addict on the streets of Derby," he said.

Judge Dean continued with his statement:

"Mrs. Kaczan would not have wanted her life to be defined by the circumstances of her death. She had prayed for and forgiven her attacker which is a testament to the good person she was."

Mrs. Kaczan had been separated from her family during the war.

She moved to Derby in 1948 and met her husband. Her friend, Anna Zimand, relayed to BBC News.

"You feel justice has been done and yet there is a degree of sadness," she told the news outlet.

Mrs. Kaczan's caretaker, Angelika Cybulska, said she planned to take a final vacation with her. "Now she has gone it has taken a massive part of my heart away and I miss her daily. I am so distraught she had to die in this way," she said in a statement read by prosecutor Kate Brunner QC.

Waszkiewicz's fingerprint was on a receipt that was in the stolen handbag. This led to the police catching him.

Although Waszkiewicz reportedly tried to cover his tracks, authorities managed to find and arrest him. He was found hiding under a bed in his mother's London home and will serve time for his crime.