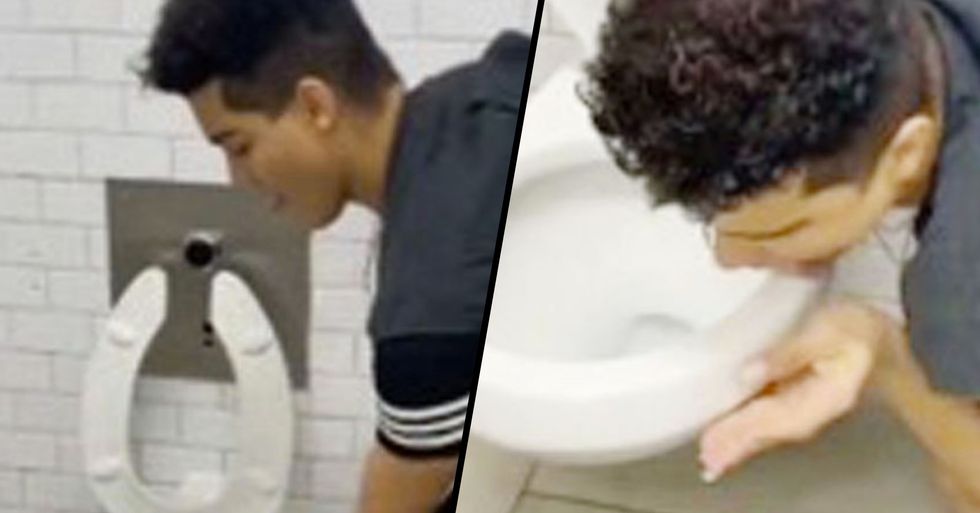 This week, horrifying footage of a man licking products in his local Walmart went viral, repulsing thousands of people all over the world. After endless calls for the man to be arrested, police have confirmed that they have indeed identified the young man in question, and have taken action.

But that warning wasn't enough for some as they continued to do reckless acts, resulting in serious consequences.

Keep scrolling to see the disgusting video... But I must warn you ladies and gentlemen, it's beyond disgusting.

COVID-19 has been spreading around the globe at an unprecedented rate, but that doesn't stop people from being stupid.

It has been confirmed by Worldometer that 19,752 people have now died globally. A further 440,318 people have been found to carry the virus and be infected.

People have been spotted donning face masks and various other items of clothing and materials in airports in a desperate bid to avoid the virus. However, some are being just plain stupid, as you'll see...

A man, who is believed to be from Missouri, has sparked outrage after he filmed himself doing something pretty disgusting in his local supermarket.

The video has the caption, "I'm a nasty moths f*****" and he is heard saying, "Who's scared of coronavirus" before licking the toiletries on the shelf.

Police in Warrenton, Virginia, have reportedly arrested a twenty-six-year-old man and have charged him with making a terrorist threat.

The suspect has been identified as Cody Pfister...

And, in a statement, the police department said: "A local resident who took a video of themselves licking the merchandise after making a 'Corona Virus' statement at Walmart and posting it to social media has been taken into custody."

Terror charges are in talks.

The statement continues: "Charges with Warren Co. DA are pending. The police department confirmed the man was a local resident and said he was 'making a coronavirus statement' and had been taken into custody."

You would think that this would put people off from engaging in reckless activities...

But that just doesn't seem to be the case as more and more Americans are making the headlines for taking part in stupid online challenges.

And this one is named the "Coronavirus Challenge."

Boldly named after the current pandemic, this challenge involves a stupid person trying out different things in order to see if they contract the virus or not. I know, Millenials are wild.

This man was branded "scum" after a video of him licking a toilet.

In the video, you can see him enter a toilet cubicle and bend down to lick all around the rim of the toilet. Keep scrolling for the full video.

The man then posted a video of himself on Instagram crying:

After his horrid act, he had in fact contracted the coronavirus and sought medical help.

A man who filmed himself licking a toilet bowl in the ' #coronavirus challenge' is now reportedly ill in hospital w… https://t.co/JBT8tkynW5
— Atlantide (@Atlantide)1585129933.0

Let's hope these are life lessons that people will see and learn. I can't believe I'm going to say this but don't lick toilets. Stay safe, everyone! In other news, keep scrolling if you want to see some positive news that has come out of the coronavirus outbreak.