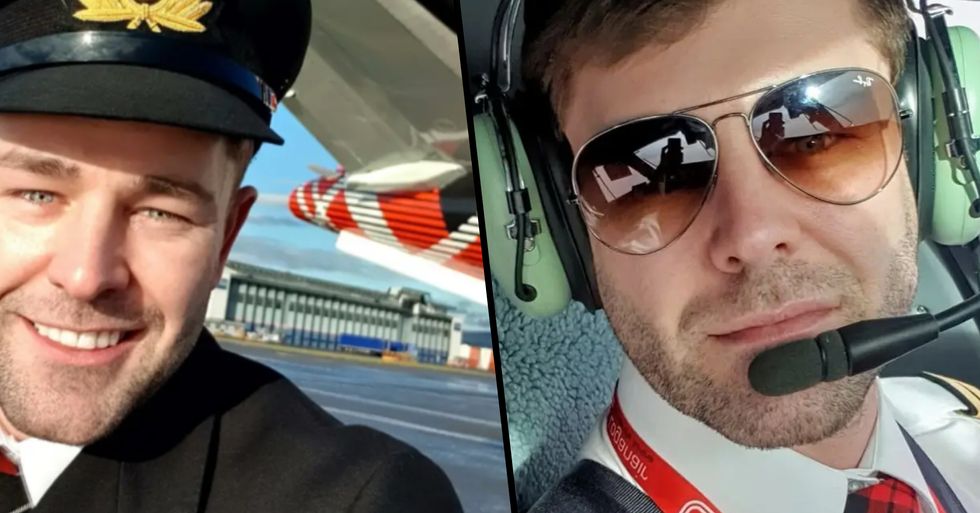 Despite the modern-day diagnosis of HIV no longer being a death sentence, people who contract the virus sadly face a lot of stigmas.

This can jeopardize relationships, lifestyles, and even jobs - as one pilot from the U.K. discovered.

After being told he couldn't achieve his dream profession of being a pilot due to his condition, he has worked tirelessly to finally receive justice.

HIV is a potentially deadly virus...

That's if it is undetected, of course.

So what exactly is HIV?

HIV (Human Immunodeficiency Virus) is the virus that causes AIDS, and it is one of the world's most serious public health challenges.

It is a lot more common than people think...

According to statistics, there were approximately 37.9 million people across the globe with HIV/AIDS in 2018.

HIV can be contracted quite easily...

That's if you're not being careful, of course. The virus is passed through bodily fluids, and the most common ways of contracting HIV is either through unprotected sexual intercourse or sharing drug injection equipment.

Being diagnosed with the virus was a death sentence, and the majority of people who contracted HIV/AIDS were given a mere few months to live.

But thanks to modern-day medicine and technology...

People can now live a long and healthy life with HIV, and they can even have children of their own without passing on the virus.

The stigma will always be there, however...

And a person's diagnosis can stop them from achieving many things in life, as one HIV Positive man from the U.K found out.

And he is HIV Positive.

He was in his mid-twenties when he contracted the virus...

But Bushe has always had a childhood dream of becoming a pilot one day, so after he studied law at university, he worked in catering for a few years to save up the funds for pilot training.

He revealed to BuzzFeed News back in 2017 that he had been blocked from accepting his place on an EasyJet pilot training course because of the CAA’s (Civil Aviation Authority) interpretation of the rules concerning HIV-positive applicants - as laid down by its European regulator, EASA - forbade it.

This was extremely unfair on Bushe who had worked hard to fund his own training...

This is despite HIV-positive people in the Netherlands, Australia, Canada, and New Zealand being able to apply for a commercial pilot’s license, and also despite the CAA not testing existing pilots for the virus.

His boyhood dream had been destroyed...

"It has had a fundamental impact. It means the one career choice I want to make and want to do, I’m being told no, and the cause of that is because I’m HIV-positive. It has destroyed a boyhood dream for me. It makes it difficult to accept the [HIV] diagnosis because you want to believe there are no restrictions to you, but actually there are," Bushe explained.

Bushe decided to fight his case...

And it turned out to be very successful.

He has made history...

After a year fighting with the CAA, successfully overturning a policy widely regarded as discriminatory, and nearly 2 years of intense training, Bushe became the first person with HIV to gain a commercial pilot’s license and fly a commercial flight.

He's worked extremely hard for what he believes in...

"I feel incredibly proud and privileged to be in this position," he told BuzzFeed News recently. "There was a point in time when I didn't think it was going to be possible."

He wants to tell others that pushing past discrimination is possible.

"I just wanted to be able to deliver a message to anyone else living with HIV who has been discriminated against, who faces barriers to employment or who wants to be a pilot, to say to them that it absolutely is possible," he went on to say.

The decision to publicly disclose his HIV status formed gradually...

"I wanted to know I had a secure job and to feel right from a personal perspective," he said.

The airline is fully aware of his status, and they are also fully and completely supportive of their pilot's needs... which is how it should be. Keep scrolling to learn about the gay couple who adopted a HIV positive baby...