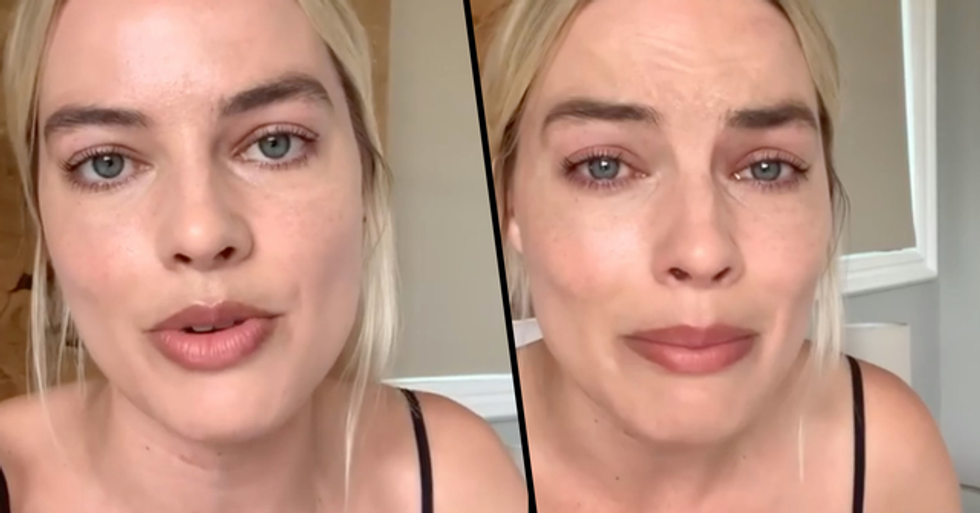 Millions of dollars have been pledged to help fight the deadly blazes currently tearing their way across Australia, but more aid is still needed.

Various celebrities have called upon their huge fan bases to donate what they can, and the latest to do so is the beloved Australian actress, Margot Robbie.

However, rather than show more photos of the devastation, Margot opted for sharing her own personal childhood photographs, and she had the most heartbreaking reason for doing so... Keep scrolling for the full story.

The future of these animals are looking bleak.

In total, more than 5.9 million hectares (14.6 million acres) have been burned, CNN reports. And those who escaped the flames have lost their homes, with all their possessions perishing to the flames.

The country has been forced to make a global call for help...

Canada was the first to respond and take action. The Canadian Interagency Forest Fire Centre, based in Winnipeg, answered the call for help after realizing the bush fire situation is expected to continue for many more weeks and gave up their Christmas to help fight the raging fires.

And a number of celebrities have pledged forward hefty donations to help with the struggling fire services.

Famous names such as Hugh Jackman, PINK, Nicole Kidman, and the Australian comedian, Celeste Barber, have raised tremendous amounts of money for the cause.

For these Australian celebrities, the crisis is much closer to home...

And they have been desperately calling on their followers to pledge whatever they can towards the cause.

And the latest to plead for donations is the Australian actress, Margot Robbie.

Margot, who rose to fame for her roles in The Wolf of Wall Street and Suicide Squad, has remained relatively silent on the crisis her country is facing... Until now.

The actress took to Instagram to address the issue...

And, in a video, she explained that she, "didn't want to share more pictures of the devastation", but rather some more personal photographs.

In the unusual video, Margot explained how she "doesn't normally do this"...

And went on to unveil a vintage-looking photo album, which contained photographs from her childhood.

She explained how these were her family albums...

And talked her 17.6 million-strong Instagram following through each photograph, slowly turning the pages and pointing at the pictures from her evidently very adventurous childhood.

There was an array of different snaps from her childhood...

And even some of her riding through the Australian bushland on a motorbike. Okay, my childhood certainly wasn't that cool...

The photo album was incredibly cute...

And had a wonderfully home-made warmth about it, featuring cutouts of her favorite Australian cartoons.

Margot can be heard laughing as she looks through the album...

And points out a cute photograph of her when she was learning how to drive.

There were many shots of various Robbie family members down at the farm...

And many of a young Margot rocking a "really awesome haircut."

But what was the point in showing these personal photos?

Margot went on to turn the camera back around to herself, saying: "I'm sure you're all aware of what's happening in Australia at the moment with the fires, and I didn't want to show you more pictures of the devastation, I wanted you to see how beautiful our country is."

With this, Margot begins to tear up.

"It's so beautiful, and it's really really hurting right now," she says, her voice breaking.

She stressed how her country needs us.

"It really needs you right now. So please, please donate anything you can."

The actress went on to explain just how easy it is to donate.

She provided links to various charities such as the Australian Red Cross, WIRES Wildlife Rescue, The Salvation Army, the NSW Rural Fire Service, and the Country Fire Authority in her Instagram bio and Stories, and went on to suggest: "Whatever you would have spent on your next cup of coffee, even one dollar would help. It’s so needed right now."

She wants future children to experience the childhood she did.

"Please, please if you haven’t already donated, please do and let’s give future generations the childhood I was so lucky to have."

And that Australia can be restored to the beautiful country it truly is.