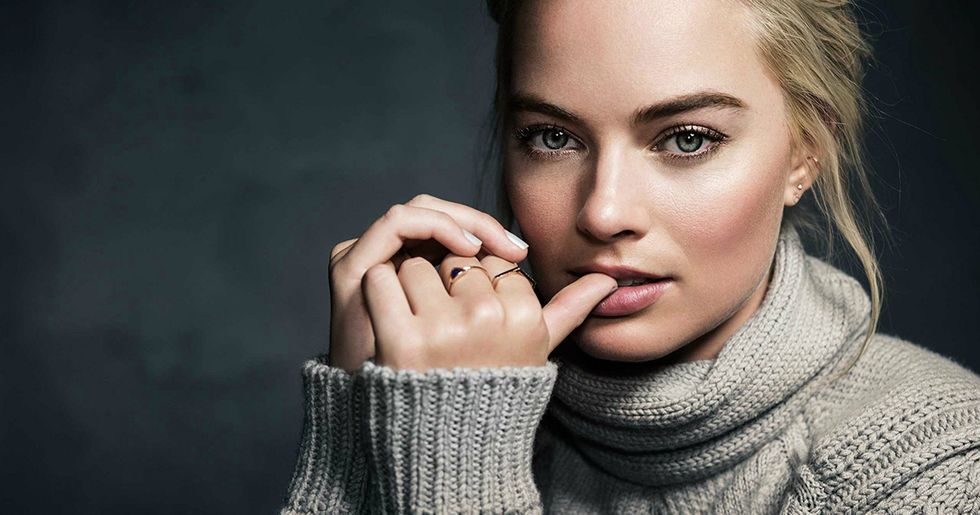 Deciding whether or not to have kids and when to have kids is one that's incredibly personal. Not only are kids a huge change to lifestyle, but they're also expensive and a massive responsibility. Add on to that the fact that pregnancy is a pretty intense medical process, and the dozens of things that could go wrong with it, and asking someone when they're having a baby is basically a minefield of potentially hurtful assumptions.

So it's no surprise that Margot Robbie is getting quite the response after saying in an interview that she's really over being asked when she'll have a baby. Read on to find out what she said and how people are reacting. It's everything you wish you could say to your mom when she asks about grandkids for the 500th time.

For many people, one of the exciting steps in life after marriage is popping out a little mini-me and growing a family. That's right: babies.

But not everyone is into that timeline. Some folks wait to have kids, some folks can't have kids, and some folks don't want them at all. The beauty of life is that we've got so many choices.

Some people just can't mind their own business.

But if you got married and DIDN'T immediately reproduce you're probably intensely familiar with the questions: "when are you having a baby?" "when will I get grandkids?" "don't you want a family?"

Few things turn me into a rage monster faster than being asked about my baby making parts. STOP ASKING.

Thank god we've got some amazing ladies on our side who remind everyone that it's entirely unacceptable to ask these kinds of questions. Case in point? Margot Robbie.

In 2016, Margot Robbie married Tom Ackerley. The two have been pretty private ever since, preferring not to share too many details about their relationship with the media.

Of course, reporters have no interest in Margot's preference for privacy. "I got married, and the first question in almost every interview is 'Babies? When are you having one?' " she dishes. WHY???

Robbie isn't interested in answering though. In an article on Vogue Robbie opens up about her frustrations with the question, pointing out that it's presumptuous to assume what other people will do with their lives and bodies.

There's more to it than that though.

“How dare some old guy dictate what I can and can’t do when it comes to motherhood or my own body?” says… https://t.co/JLFXLokWYw
— Stylist Magazine (@Stylist Magazine)1547551920.0

Margot definitely isn't pulling any punches.  "It made me really angry; how dare some old guy dictate what I can and can’t do when it comes to motherhood or my own body?" Now we're really getting into it.

Don't ask women when they're having babies! This applies to everyone, celebrities or not. We're so glad Margot said it loud and clear. Are you still not sure what's wrong with it? Well, keep reading and we'll get into it.

Let's start with the practical side of things.

Asking about babies is treading into some dangerous territory. Many women struggle with miscarriages or infertility, and asking when they'll have a baby is a quick way to bring up awful feelings. Avoid the potential nastiness by keeping the questions to yourself.

Asking women about their plans to reproduce is not only unnecessary, but also downright rude. https://t.co/EJZc2B3uwW
— Jacqueline Ireton (@Jacqueline Ireton)1547744677.0

Not only can the question bring up negative feelings, but it's also pretty invasive. The reproductive parts of the body are quite personal, and your coworker might not want to get into the dirty details of their infertility with you.

While you might think that you'd know if someone had experienced miscarriage or infertility, it's not something that most people share openly. These subjects are intimate, and you have no idea what's going on in their personal life. You don't want to be the one who creates the awkward moment of asking, then getting the response of "I've had seven miscarriages."

These are emotional topics.

Even more pertinent is the fact that many women do want children but are struggling. How awful would it feel to ask and find out that this is a huge point of stress for someone?

Also, consider the fact that it's a little bit sexist to assume every woman wants or will reproduce. It turns out there are a LOT of women who aren't interested in hosting another human inside their body for 9 months, then being fully responsible for that human for another 18 years. Nope.

There is a TON of pressure for women to reproduce.

Women get asked this question ALL the time, and that's not the only source of pressure to have kids. Other quality questions include "isn't it selfish not to have kids," "who will take care of you when you're old," and "why do you hate babies." (Yes, these are all real comments received by your author).

A lot of the pressure for women to have kids comes from the way society treats it as SO important and meaningful. Any child-free woman can tell you about the look of pity you get when you say you're single and don't have kids. It's almost as if people are asking what's the point of your life?

We don't want your pity, we want you to leave us alone and stop asking intrusive questions!

It turns out that women are capable of being complete, fulfilled, satisfied, and valid human beings without giving birth to anyone! We can even still contribute to society, be selfless, and love wholly without experiencing motherhood.

Asking implies we SHOULD have kids.

Every time you ask WHEN a woman is having kids, you imply that she definitely will or should. That plays right back into the pressure and the assumption that it's what we're here for.

What about the men?

While we're on the topic of sexism, let's get into another problem with the "when are you going to have babies?" question. The problem is the men.

When are you going to impregnate someone?

One glaring issue that appears when you look at the question of having babies is that it's almost always women who get asked when they'll be reproducing. It's far more rare for men to get asked about it.

If it's SO important to know when a couple is going to create a new life, you'd think it would be just as normal to ask a dude about his reproductive life. But it's not. What gives?

The difference of course is that we as a society seem way more interested in butting into women's reproductive choices than we are in doing the same to men. Boom.

With all those reasons you'd think people would know by now that it's just not a good idea to ask about forthcoming offspring. But unfortunately, we haven't quite figured that out yet.

That's why it's so important that people like Margot Robbie are speaking up and pointing out the pitfalls with the question.

What an amazing woman.

Are you ready to speak up?

Don't be afraid to respond to "when will you have kids" by pointing out that it's intrusive and sexist. You can help to educate the people around you.

We've got to talk about why it's inappropriate to ask this question.

This question is getting a hard "no" from now on.

Let's stop asking the question and stop accepting it.