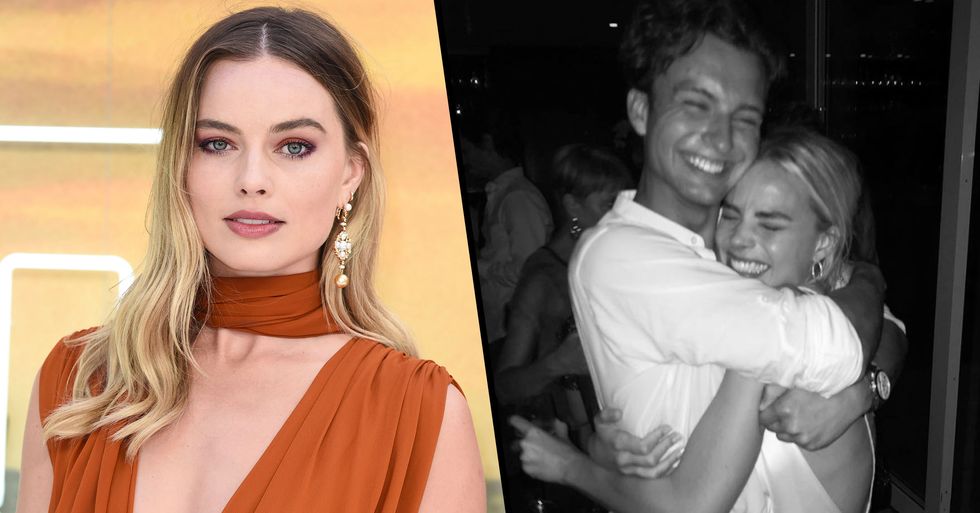 Many of our favorite A-listers have a fairly strong social media presence. But, while there are several celebs who claim they stay well clear of social media, some have been exposed for having secret accounts just for close family and friends. And you can you blame them? After all, living out your life under the watchful eye of the public must get exhausting.

The latest celeb outed for having a secret social media account is Aussie actress, Margot Robbie. But this isn't your usual "I need a private life" scenario - you won't believe the reason why she created the account...

Margot Robbie had taken the Hollywood scene by storm.

The twenty-nine-year-old Australian actress has become a familiar face in the industry, starring in a number of critically acclaimed movies.

Robbie has been acting since her teens.

The star made a name for herself over in Australia for playing Donna in the popular TV soap opera Neighbours back in 2008.

Her character stirred up controversy with viewers for her kiss with a female friend.

But she still remained a firm fan favorite, before announcing she was departing from the show in 2010.

The actress starred in her first movie - the Australian-made I.C.U. - when she was just seventeen. The slasher movie chronicles the story of 3 teenagers who, after filming and spying on their neighbors, are targeted by a serial killer.

Sadly, it barely made a splash.

The thriller received a measly 2.2 rating on IMDb. While it may have marked the start of Robbie's big-screen career, it certainly wasn't her breakthrough role.

Her role in About Time 4 years later gained her some recognition...

Straight from the mind of Richard Curtis, who was known for creating the festive classic, Love, Actually, the time-travel rom-com starring Domhnall Gleeson and Rachel McAdams won over fans and critics.

But Robbie's appearance in The Wolf of Wall Street was the turning point of her career.

She completely turned heads with her gripping performance.

Its been a winning streak ever since...

The star has received attention for her stand out roles in several other films since her career takeoff with The Wolf Of Wall Street.

The hit movie is loosely based on the real-life story of American competitive figure skater, Tonya Harding. Forced to skate by her abusive mother, the movie documents Tonya's rise in the ranks of the championships and her sabotaging ex-husband.

And who can forget Suicide Squad?

Harley Quinn has become something of a Halloween costume icon.

Of course, more recently, there's Once Upon a Time... In Hollywood.

Her newest role, however, is quite a change in tone...

The actress stars in Bombshell alongside fellow acting legends, Nicole Kidman and Charlize Theron. Don't worry, we're getting to the secret Twitter account. This will all make sense very soon...

Which subsequently led to the fall of the company's former Chairman and CEO, Roger Ailes - who died in 2017, aged 77.

The movie's critical forecast is already looking rather impressive.

Last week, it was announced that the film received 2 Golden Globe nominations.

Robbie stars as Kayla, a young, conservative woman who is trying to make something of herself within the network.

While her character is fictional, she's said to have been created from a number of women's stories from Fox News. “Kayla is an amalgamation of many women’s stories, and some of the specifics you see in scenes with her are taken from real-life interactions those women experienced," Robbie explained.

So serious, in fact, that she's gone to extreme lengths to research for the movie.

Wanting to better understand their views for the role, Robbie thought Twitter would be the best place to start.

She made the confession to Entertainment Weekly.

“I didn’t grow up watching Fox News, and I didn’t grow up in the same place as [Kayla]", Robbie explained to Entertainment Weekly. “I was struggling to understand that point of view for a while, and Twitter ended up being the most useful tool. Because people are extremely vocal on Twitter."

See Robbie putting her research into action below:

Bombshell is out in LA and NY theaters now and everywhere else on December 20. Want more Margot Robbie news? Keep scrolling to see Brad Pitt expertly photobomb her.