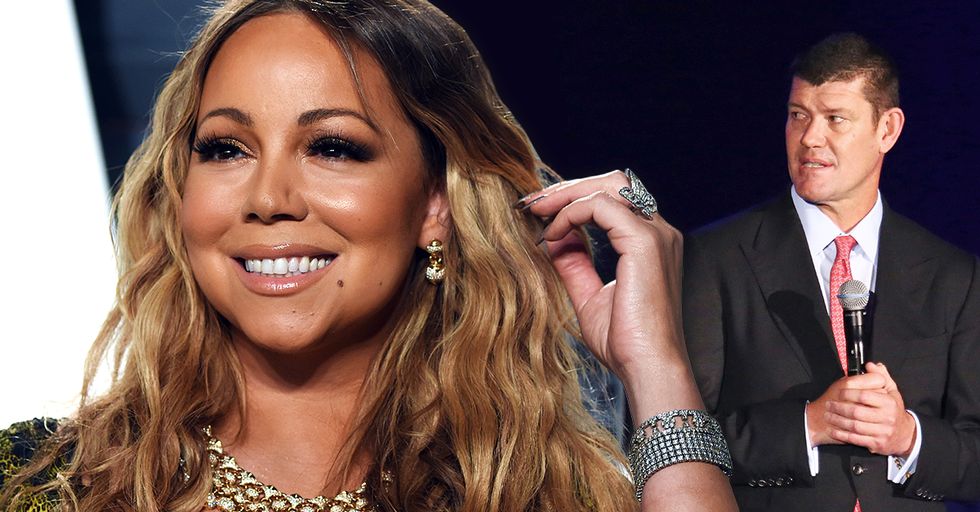 We all know Mariah Carey is a diva. Ever since she burst onto the scene with her debut album Mariah Carey in 1990, Carey has been ruling the airwaves and the tabloids, all the while having things done exactly her way – and honestly, we've come to expect that of her.

What is a diva, after all, if she isn't insistent, flamboyant, and utterly fabulous – all words that describe Carey. More to the point, what is a diva if she doesn't have luxuriously titillating affairs, like the one she had with James Packer.

In late 2016 Carey seemed on the verge of getting hitched again.

The singer had been married twice before – the first time to music executive Tommy Mottola (a man 20 years her senior) when she was only 23. After that, it was rapper and America's Got Talent host Nick Cannon, who was 10 years her junior. The couple were married seven years and had two children.

In 2016 Carey's newest conquest was James Packer, an Australian billionaire who came from a very select pedigree.

His grandfather, Franck Packer, controlled Australian Consolidated Press and the Nine Network, and was known as a towering figure in his field. James Packer followed in his steps, becoming a well-known businessman and investor.

Packer and Carey made sense, in the way that people who move through the glittering spheres of celebrity often do.

She had the looks, he had the money – they were a match made in celebrity heaven. Even though people acknowledged Packer seemed like an odd fit for Carey, the two seemed very much in love.

“A couple years ago we were at the Hercules premiere [in Aspen]," Carey told Steve Harvey during an appearance on his show. We were talking and laughing and people were getting mad at us and stuff like that. So we hit it off."

The couple made their red carpet debut in September of 2015.

They had been dating since June of that year. Within a couple of months, they were engaged. Packer presented Carey with a $10-million, 35-carat diamond boulder of a ring that had tabloids aflame. Everything seemed to be going great, but then, scandal.

During a romantic vacation off the coast of Greece, the couple had a humungous fight.

"Something really bad" had happened, sources close to Carey told TMZ, and just like that, the fairytale was over. Packer and Carey went their separate ways, although she reportedly only heard that the engagement was over with via the news when Packer described the whole thing as a "mistake."

Both sides have their own versions of what happened.

Carey claims Packer did something untoward towards her assistant, and Packer claims Carey's exorbitant spending, diva ways, and her reality show were to blame. He also cited the constant presence of her manager, Stella Bulochnikov. "[Packer] cannot tolerate her dictator style," an insider told Woman's Day. "He can’t cop her at all."

So Carey did what every self-respecting diva would do – she demanded a settlement.

Carey asked for a $50 million "inconvenience fee" from Packer for the cost of uprooting her life and her children to Los Angeles to be with the billionaire. She further cited missed revenue from varied concerts she canceled while they were together, and also the financial promises Packer made to her.

She also quickly moved on to a newer, hotter man.

Packer had reportedly been jealous of Carey's backup dancer, Bryan Tanaka, and it looks he had just cause. Carey quickly moved on with Bryan, and the couple were soon spotted up and down the tabloids.

This week, news emerged that Carey had gotten her way again.

Theblast reports that Carey and Packer had quietly settled the matter a few months back. Carey reportedly got $5-$10 million for her inconvenience, and she got to keep the ring. She now wears it on her middle finger. Icon.