Mariah Carey Stole Meryl Streep's Seat at the Golden Globes, but Called It an Accident | 22 Words 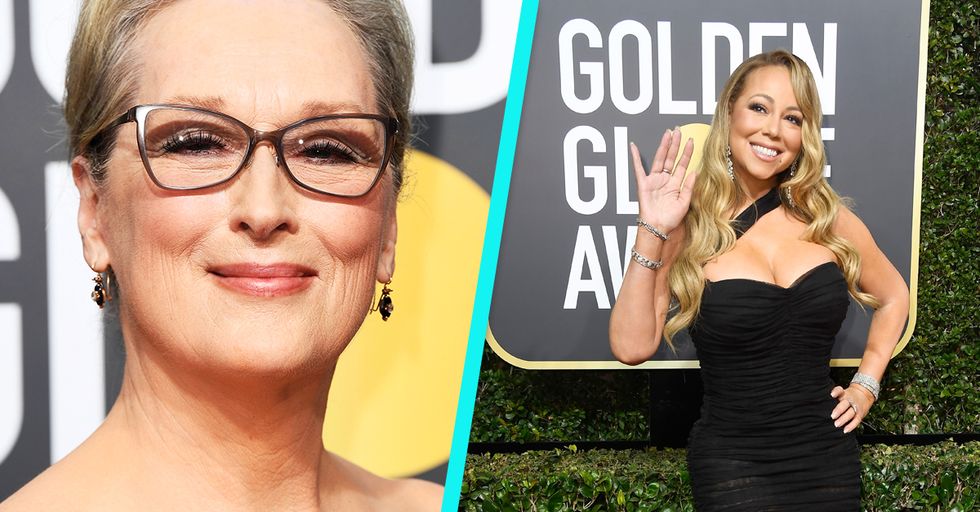 Mariah Carey Stole Meryl Streep's Seat at the Golden Globes, but Called It an Accident

Power, it's an amazing thing.

People scrabble all their lives for it, but it's deeply elusive – a protean element that very few can conquer. George R. R. Martin even wrote an entire book series ruminating on the vagaries of power. It's called Game of Thrones. It's pretty good, if you've got a few months to spare.

In any event, one place that does not lack for power is Hollywood. Once you reach a certain stature in those rarefied circles, you've pretty much made it for the rest of your life.
A great reason for this is because you are surrounded by other powerful and (presumably) wealthy people, who scratch your back the way you scratch theirs, thus ensuring that power flows in a nice tight circle and never descends, willy nilly, on those mortals less deserving of its favors.
A great example of this is the Golden Globes. Some people may have been fascinated by the jewels, the speeches, that wonderful little movement called  Times Up.  I, however, was fascinated by the power.
For instance, did you know that when Meryl Streep left her seat to go to the bathroom, Mariah Carey stole it so she could cozy up to Steven Spielberg? First of all, the audacity.
Streep even complained to Jimmy Kimmel, "Bitch stole my seat!"

She then humorously explained the reason for this. Apparently,  you can only move around when the Globes are on commercial break, so you have to take the first seat you find when the cameras start rolling again. Celebrity musical chairs, who'd have thunk it. But behind all this humor, there was one little, but very important fact.
Three gajillionaire living legends sat down at a table of gajillionare living legends in a room surrounded by other gajillionaire living legends. Basically, this was a room bristling with power.
See, the other people at Streep's table – as she divulged to Jimmy Kimmel – were  Tom Hanks, Stacey Schneider (head of Fox), Amy Pascal (legendary producer), and a few others whose bank combined accounts no doubt outsize the GDP of a mid-sized third world country.
See, when we talk about wanting "a seat at the table," we mean wanting a place among powerful people. Becoming a powerful person yourself. By mere virtue of having this seat, your position in life is solidified. You can do things because there are other powerful people there to support you and to lift you to higher heights.
Having a seat at the table is, undoubtedly, a good thing, but it's a very limited table, and only a few people get to join. The people at Meryl Streep's table, for instance, were all older, white and powerful – except for Mariah Carey, whose only deviation from the above is being mixed-race. I have a difficult time seeing a person who deviates grandly from this formula getting a seat at that table.
Then again, tables like Streep's are everywhere across the country. People tend to focus on Hollywood because their tables broadcast into American homes at least three or four times a year, but there are tables in Washington, Silicon Valley, New York – you name it. As I watched all these tables flash before me and thought about all the insane power each wielded, I turned to Oprah's table. Sitting at it were Denzel Washington, Ava Duverney, and of course Gayle King and Stedman, among others.

I love this picture and not just because Oprah Winfrey is front and center. ??? #GoldenGlobes pic.twitter.com/XljtnVC8c2

I had a thought to myself then: Gosh, I'd really like a seat at THAT table.