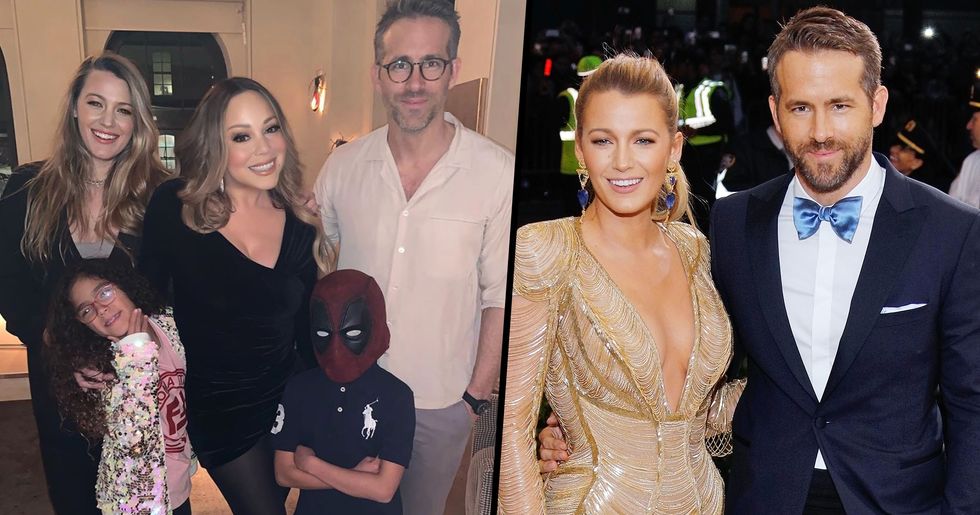 But their latest social media collab had an unexpected third party - Mariah Carey. The 3 celebs had a playdate this weekend, and Carey's son had quite an unusual greeting for Lively and Reynolds. Scroll on for some seriously cute pics.

And long may these excellent social media posts continue. We'll be eagerly waiting for them!

And the couple's latest social media antics have a rather unexpected third participant.

Lively and Reynolds hung out with Mariah Carey this weekend, and the whole thing was documented on Instagram.

Carey visited the couple with her 2 kids.

Carey's eight-year-old twins Monroe and Morrocan were set to play with Lively and Reynolds' 3 kids, James, four, Inez, three, and the new baby girl. But Carey's son went for a rather offbeat greeting.

Rocky decided to give Lively and Reynolds a shock - and a subtle nod to Reynolds' most famous role.

It seems Rocky was pretty pleased with his choice of attire, as he kept it on for the photoshoot, too.

And who knew they were friends with Mariah? This makes us like her even more. Want more Lively 'n' Reynolds content? Scroll on for the hilarious moment Reynolds' realized his wife looked like a female version of his best friend Hugh Jackman. You won't be able to unsee it.