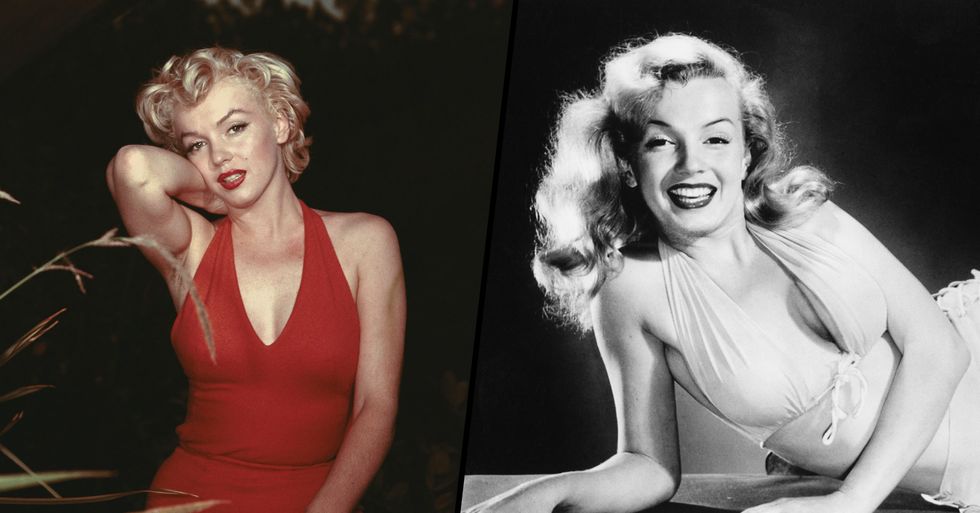 Whether you believe them or not, there's something oddly intriguing about conspiracy theories. The idea that there's more to the world than meets the eye, and that mysteries don't just exist in fiction, makes life that little bit more interesting.

But new reports suggest that the theories behind Marilyn Monroe's untimely death may have more truth in them than we'd first believed...

We've got a rundown of the weirdest and most wonderful conspiracy theories for your scrolling pleasure.

Prince Charles' ex-wife died in a car crash in Paris - but many suspect that there's more to the story than immediately meets the eye. There are some who believe Diana's death was a royal assassination plot.

President Kennedy was supposedly assassinated by Lee Harvey Oswald, but there are many who believe his death was part of a wider plot. Many organizations and individuals have been blamed for JFK's death, and it's estimated that there are more than a thousand different books on the subject.

In 1985, Coca Cola released "new Coke." Many believe that this was a deliberately inferior formula, designed to drive up demand for the original product when it was reintroduced later.

The disappearance of Lord Lucan in 1974 following the murder of the family nanny is viewed by many as a cover-up by the British aristocracy.

Many suspect that Hitler did not commit suicide in his bunker after World War II, and actually lived out the rest of his days in South America (or even on the moon).

Fans of the rock 'n' roll star believe that he didn't actually die, but gave up his fame to resume a more normal lifestyle.

The three-year-old disappeared from her hotel room in Portugal in 2007. Her parents believed that she had been abducted, but some out there suspect their involvement.

Certain Beatles fans believe that the bass-player actually died in between albums, and was replaced by a lookalike named Billy Shears. They point to evidence from album art and song lyrics as proof.

Conspiracy theorists believe that there's something sketchy about Denver airport. They cite its unusually large size, plus the odd murals depicting death and war, as signs that something's amiss.

One of the most popular conspiracy theories is that the world is run by a secret organization and our lives are controlled by these mysterious forces.

David Icke is one of the main proponents of this theory, which claims that those in positions of power aren't actually human and are in fact reptilian beings - we just can't see it!

There have been many claimed sightings of unidentified flying objects, with some even claiming that aliens have abducted them and performed specific tests.

Many religious scholars have disputed the existence of Jesus, claiming that his story so closely matches those of messiahs from other religions that he may be more of a concept than an actual human being.

The disused facility in the Nevada desert is believed by many to hold the secrets to other forms of life in our universe.

Some theorize that the terrorist attack on the World Trade Centre wasn't actually carried out by Al-Quaeda, and was actually an inside job by the US government used as an excuse to go to war with Afghanistan.

Certain gun enthusiasts have speculated that the school shooting at Sandy Hook was a hoax, perpetrated by the anti-gun movement in order to bring about stricter regulations.

Known as "birthers," there are some who claim that Obama is not a US citizen and therefore was not eligible to be President of the United States.

The disgraced financier managed to commit suicide while in prison on child sex trafficking charges. Some think that this seems an unlikely story, and suspect that he may have been murdered to cover up his crimes.

In the '50s and '60s, the US government experimented with various mind control techniques. Many suspect that there's more to the story, and have even connected the MKUltra project to tragedies like the Jonestown massacre.

In spite of overwhelming evidence to the contrary, there are some out there who still refuse to believe in the reality of global warming. Oh, and one of these people is the current President.

Some claim that the pharmaceutical industry has covered up the causal links between vaccinations and developmental diseases like autism, which has led to some dangerous outbreaks of preventable diseases.

For decades, the government has added fluoride to tap water in order to help to reduce tooth decay. However, many believe that there is an ulterior motive for the fluoridation, including a way to get rid of industrial waste, and a communist plot (of course).

Distrust of the pharmaceutical injury is quite the theme. There are skeptics who think that alternative therapies are being covered up in order to maximize profit on conventional medications.

There are some extremists who believe that, at birth, we're implanted with microchips, similar to those used to track runaways pets - all so someone can keep a better tab on us.

An incredibly popular conspiracy theory is that the moon landings were actually filmed on a sound stage. Some think that the US wanted to beat Russia to the moon in order to stop the communist movement.

There have even been questions about whether our perception of historical events has been distorted. Some claim that the New Chronology was altered and that history is actually much shorter than we believe.

There is a large online community who now believe that the earth isn't a round globe, but a flat plane. If you want to get really meta about it, though, some conspiracy theorists believe that flat-earthers themselves are made up, and the theory was created in order to denigrate the reputation of conspiracy theories more widely.

And one of the most popular conspiracy theories out there?

Well, that surrounds the death of Marilyn Monroe.

Her cause of death was an overdose, but many have had their suspicions about it.

Leading up to her death, Marilyn had suffered some big life problems.

Her career was floundering, ad she'd just gone through a divorce.

But things had taken an upturn for Monroe.

She was back in negotiations for a new movie, and was renovating her home.

Even on the day of her death, she seemed happy and was making social plans.

Which led some to believe her death could not have been a suicide.

And now it seems like new evidence has come to light.

That puts President JFK into the frame.

It was believed Monroe and Kennedy were having an affair before her death.

And many suspected her involvement with the President could have been enough to get her ... "taken out."

There have been claims Monroe was visited by JFK's brother, Robert, soon before her death, too.

Which he has always fervently denied.

But when Monroe's body was discovered?

She was discovered clutching a note in her hand.

This piece of paper was also spotted by Los Angeles detectives, too.

They found it crumpled up in the bottom of Monroe's bed.

And written on it?

The number for the White House. "It was determined that she had called John Kennedy just before she died," the LAPD claimed. Want more weird news? Scroll on for the strangest ways people have ever died.