Mark Ronson Has Come out as a Sapiosexual | 22 Words 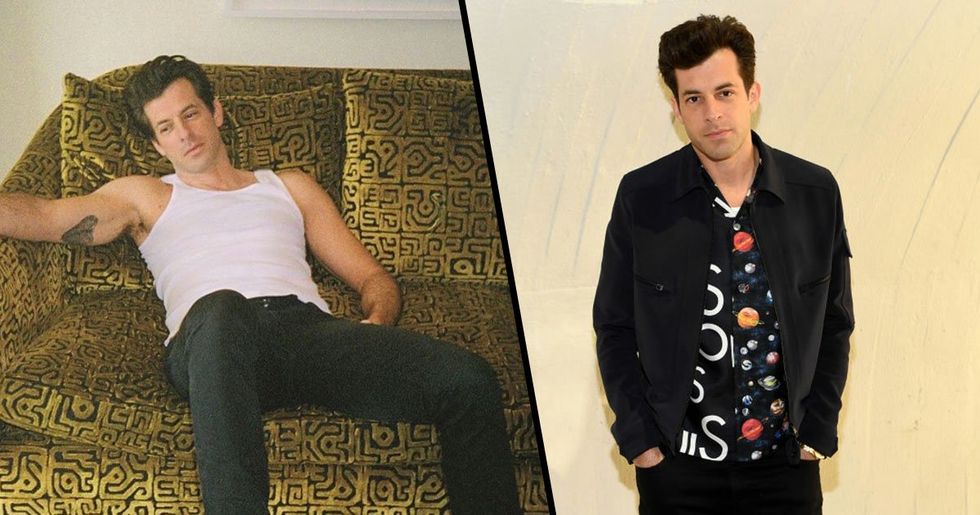 Mark Ronson Has Come out as a Sapiosexual

Just when you think you've heard it all, Mark Ronson has left both the internet and the LGBTQ community speechless with a frankly weird revelation. The musician, best known for collaborations with stars like Bruno Mars, Miley Cyrus, and Camila Cabello, was speaking out about his past relationships in an interview on Good Morning Britain, when he was questioned about his sexuality.

The show has already has a segment on a fairly new phenomenon called sapiosexuality. When asked whether he identified as such, Ronson had quite a surprising response - and the internet doesn't know what to think.

Born in London in 1975, Mark Ronson is a hugely successful record producer.

In spite of being a talented musician in his own right, he's probably best known for his work collaborating with some of the most famous pop stars around today.

Ronson produced albums for Lily Allen, Christina Aguilera, and Amy Winehouse during that year, which is when he first hit the mainstream.

Some of his most famous works include Amy Winehouse's "Rehab," Bruno Mars's "Uptown Funk," and the Academy Award-winning "Shallow" from A Star Is Born.

As you'd probably expect for such a prolific musician ...

Ronson has also had a number of high profile relationships, including with actress Rashida Jones between 2002 and 2004. The pair even became engaged via a crossword puzzle in 2003, though they never tied the knot.

Ronson has made it down the aisle, though.

In 2001, Ronson wed French singer and actress, Josephine de la Baume. The pair had met while filming a music video together. Sadly, though, the two divorced in 2017.

And while we don't know the ins and outs of these relationships ...

There's one thing that they all have in common. Mark Ronson, a man, dates, proposes to, and marries women, exclusively.

The morning television show broadcasts live every morning on the ITV network, and often hits headlines thanks to controversial host, Piers Morgan.

Ronson was on the show to promote new music.

"Everybody's heartbreak is in this record," Ronson revealed. "Maybe not everybody was going through a breakup at the time, but we all know what that feeling's like."

Also interviewed on the show was author, Nichi Hodgson.

The journalist is best known for her court reporting, but is also interested in writing about dating, with two books on the subject.

She was there to discuss sapiosexuality. "The definition means intelligence first then attraction. I date men and women and identify as bisexual, and I realized the thing that linked all people that I have dated has been their brains," Hodgson said.

The phenomenon is more common than you may think.

"We know a certain percentage of the population is sapiosexual. It's always existed, we just didn't have a word for it," Hodgson added.

And Ronson appeared to take an interest.

According to host, Kate Garraway, he became "very involved," in a backstage debate on the topic.

Garraway then asked the big question.

"Now we know you are single... You are identifying as a man who likes intellect?" she probed.

And Ronson replied - in the affirmative.

"Yeah, I didn't know that there was a word for it. I was really enjoying that segment - we were all arguing backstage in the dressing room with a couple of your producers. And, yeah  - I feel like I am identifying as sapiosexual."

"So you are coming out as sapiosexual. Out and proud on Good Morning Britain," she announced.

But the internet isn't feeling quite so sure.

Many online commentators - both in the LGBTQ community and not - have questioned the veracity of this sort of "coming out."

Because there's sort of an intrinsic problem.

Ronson has spent his life enjoying the privileges of being a white, heterosexual man. The idea that he can now claim a queer identity just feels a little bit ... off.

And many have spoken out.

Some believe this declaration by Ronson to be more about massaging his own ego than anything else.

Identifying as a sapiosexual is more a way to change how others see you, and a shorthand for being "deep" and "clever."

Others were genuinely annoyed.

Some believe that this belittles more serious or genuine coming out stories.

According to some, to lump the issues faced by sapiosexuals in with other members of the LGBTQ community trivializes them.

While some made this point.

Saying you're sapiosexual is really just stating a preference for a conventionally attractive trait - which tends to need to exist among many others.

Because, let's face it.

Not to disrespect Mark Robson’s journey or anything, but I do find it... interesting... how many sapiosexual men co… https://t.co/qmKyKmmHb3
— Moya Crockett (@Moya Crockett)1568962801.0

Ronson isn't only attracted to intelligence. All his past relationships have been with certified hotties.

And when you put it like this, being "sexually attracted" to a brain does seem a little bit creepy.

Many made this joke.

sapiosexual is what every man who tries to win a debate against a woman online who already has him on mute thinks they are
— Amna (@Amna)1568927153.0

Sapiosexuals have long been subject to jokes online about the general insufferable nature of straight men.

Many have claimed this right.

The queer community don't tend to get many privileges, so we're very happy to let them have this one.

Although some have made this point.

Although Ronson did go along with the claims, he wasn't the one to bring it up - and may be getting more criticism than he deserves.

So you can decide for yourself! Looking for a more heartwarming coming out story? Keep scrolling for the brave Mormon girl who came out to her whole congregation.