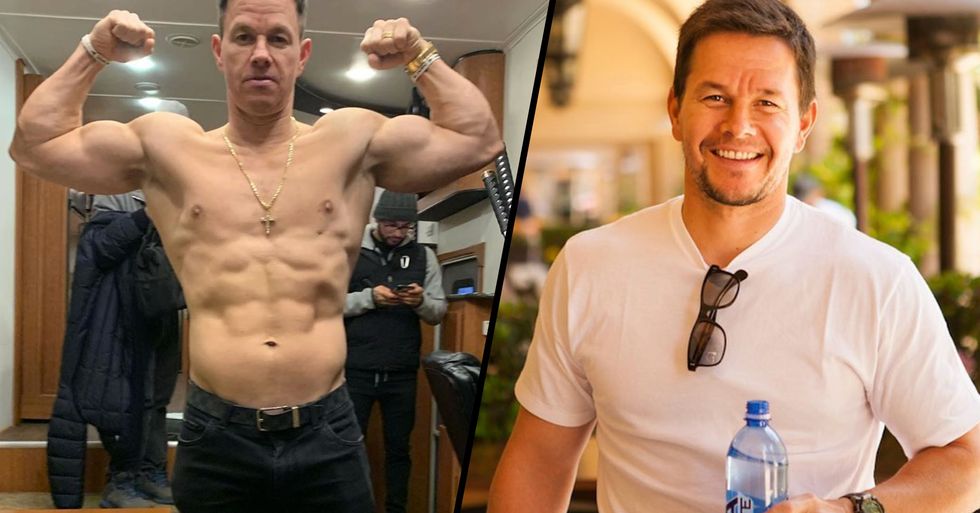 Mark Wahlberg is known best for not only his career as an actor, but also for his insane fitness.

Ever since he shared his intense fitness regime with the world, people have seen him as some sort of fitness and health guru.

But in more recent times, Wahlberg has had to switch to a completely plant-based diet due to his "leaky gut."

We all know and love Mark Wahlberg for his appearances on the big screen...

But where did this all begin?

Wahlberg was born in Boston, Massachusetts in 1971...

And being one of 9 brothers and sisters, he was born into a pretty chaotic household.

But he didn't have the best start to life...

After his parents divorced in 1982, when Wahlberg was just eleven, he went on to drop out of high school and pursue a life of crime.

By the age of thirteen, the young Wahlberg was addicted to drugs.

He got himself involved in drug dealing, stealing, and all-round violent behavior which would eventually lead to him serving time in prison at the age of sixteen.

Wahlberg went on to be charged further for acts of violence and racism...

Including an attack of a middle-aged Vietnamese man in 1988, to which the actor was shouting "Vietnamese f****** s***" during the assault.

But after being released from prison...

Wahlberg realized it was time to turn his life around and put his troubles behind him.

He started out with a music career...

In 1990, the star reinvented himself as “Marky Mark" and formed the band, Marky Mark and the Funky Bunch, and while he didn’t have the best singing voice in the world, his charismatic persona and good looks won fans over.

But it wasn't until 1993 when Wahlberg dropped the "Marky Mark" name and pursued a career in Hollywood.

The actor went on to star in some small productions until he made it big with his role in The Basketball Diaries alongside Leonardo DiCaprio.

He found his calling in life...

His career doesn't seem to be slowing down...

And neither does his fitness regime.

Wahlberg is well known for keeping up his incredible physique that he seems to have had his entire life...

And, let's face it, he still looks amazing all of those years on.

Fans were constantly asking the buff actor... "what is your secret"?

So last year, Wahlberg shared his daily regime via Instagram stories and the world was left completely shook.

But it clearly works for the dedicated actor!

From just looking at him, it's clear he has a very carnivorous diet...

But the ripped actor has recently opened up about having no choice but to ditch his meaty 8-meal-a-day diet due to reoccurring stomach problems.

He has gone completely plant-based...

Speaking to Men's Health, the forty-eight-year-old revealed he had switched to a plant-based diet - at least for now - and was feeling "really good."

He was taking part in the publication's "Vs Internet" concept...

And many fans were intrigued by his diet and fitness processes.

Fans would ask the actor if he would regularly fast...

To which he replied, "I normally never fast. In this particular shot, I was eating eight meals a day. But eating 8 meals a day and sometimes steak two times a day, I was just eating chicken, fish, steak, pork, I found myself towards the end of the movie - 6 months - with a leaky gut."

"So I did just do a fast, I did a bone broth fast, and I've been eating plant-based for about 3 weeks now and I gotta tell ya, I feel really good," he went on to explain.

He didn't reveal if his new vegan lifestyle would be permanent or not...

But it has certainly helped the actor out with his dodgy stomach!

Yet again proving the perks of a plant-based diet...

Make sure to keep scrolling to learn about the super-fit grandad who is constantly mistaken for a man in his thirties...