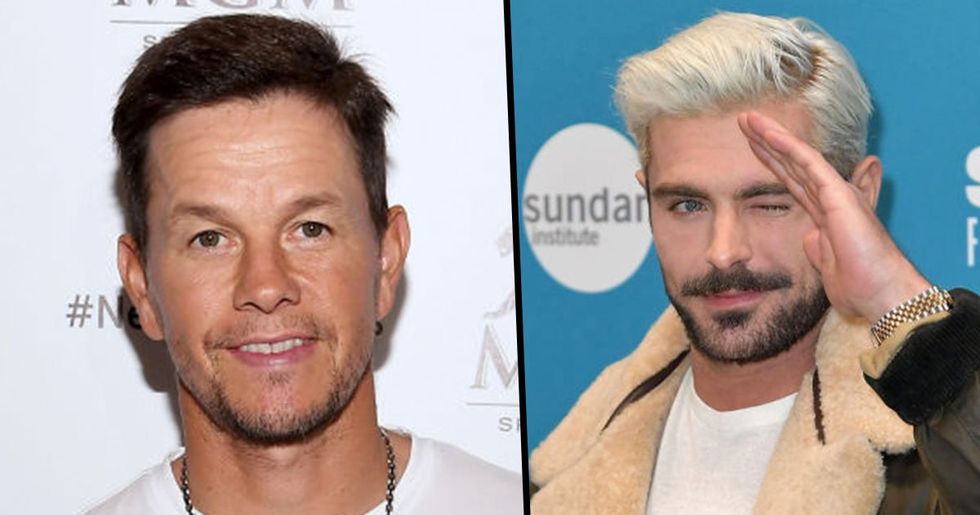 The cast for the latest Scooby-Doo film, Scoob!, is shaping up to be a movie with an abundance of big names attached to it.

The latest to sign on is Mark Wahlberg, who will be providing his voice to the movie alongside Extremely Wicked, Shockingly Evil, and Vile star, Zac Efron and other A-list stars. Keep reading to hear more about the movie and its great cast. We can't wait to see it!

The movie was first announced by Warner Bros all the way back in 2014.

The cast for the latest Scooby-Doo film, Scoob!, is shaping up to be a movie with an abundance of big names attached to it. The latest to sign on is Mark Wahlberg, who will be providing his voice to the movie alongside Extremely Wicked, Shockingly Evil, and Vile star, Zac Efron and other A-list stars. Keep reading to hear more about the movie and its great cast. We can't wait to see it!

Scoob! will be made using 3D computer animation.

This is in contrast to the previous movies, which were live-action and used CGI to animate Scooby himself. This latest movie will be animated by Reel FX.

The movie is going to be a reboot of the Scooby-Doo film series.

And, if all goes well, this will be the first of many movies in the new proposed Hanna-Barbera Cinematic Universe! That means more of the Jetsons, the Flintstones and Yogi Bear!

The film's basic premise has already been revealed and looks promising.

The story goes back to how the gang first met and formed Mystery Inc. At the same time, they team up with other characters from the Hanna-Barbera Universe to face Dick Dastardly, who is the story's main villain and, of course, one of the stars of Wacky Races!

This'll be the first time that Scooby and the gang have appeared on the big screen since 2004.

The last of the Scooby-Doo films to be released in theaters was Scooby-Doo 2: Monsters Unleashed.

So far, the previous movies have been pretty successful.

The first film alone made $19.2 million on its opening day and won a Teen Choice Award. But it did not go over as well with critics and has an approval rating of 30% on Rotten Tomatoes. Ouch.

It was considered a risky move at the time to go with live-action.

Up until that point, the Scooby-Doo gang had always appeared as animated characters and it wasn't clear how well they would translate to a live-action adaptation.

That first movie had plenty of big names in its cast, too!

Daphne was played by Sarah Michelle Geller of Buffy the Vampire Slayer. Meanwhile, Freddie Prinze Jr was cast in the role of Fred.

The cast returned to their roles for the second film.

The cast for the latest Scooby-Doo film, Scoob!, is shaping up to be a movie with an abundance of big names attached to it. The latest to sign on is Mark Wahlberg, who will be providing his voice to the movie alongside Extremely Wicked, Shockingly Evil, and Vile star, Zac Efron and other A-list stars. Keep reading to hear more about the movie and its great cast. We can't wait to see it!

But there are another two lesser-known films in the franchise.

A prequel, Scooby-Doo! The Mystery Begins (2009) and its sequel, Scooby-Doo! Curse of the Lake Monster (2010) were released straight to television. These had a different cast to the first two films since the characters were younger.

So far, Scoob! has quite a high-profile cast.

Many big names have been confirmed over the last few months and the announcements just keep coming.

Zac Efron will be the voice of Fred Jones.

This was announced back in March. Efron is no stranger to the big screen, having started his acting career at a young age. He has previously starred in the High School Musical franchise, Hairspray, The Greatest Showman, and many more movies.

The fan-response has been relatively positive.

Some are ambivalent, but many are eager to see what Efron will do with the role, especially considering Fred Jones is a much-loved character.

On top of that, Amanda Seyfried will play the role of Daphne.

She first found fame with Mean Girls, but has since starred in Les Miserables, Twin Peaks, and Mamma Mia, among other roles.

Velma will be voiced by Gina Rodriguez.

She is probably best known for her starring role in TV series, Jane the Virgin, but she has acted in several other TV shows and movies throughout her career.

Will Forte will be playing Shaggy.

He's been in plenty of high profile productions including Saturday Night Live and The Last Man on Earth. He has even had quite a few voice acting roles in the past including characters on Gravity Falls and Bob's Burgers.

Scooby himself will be voiced by none other than Frank Welker.

This is particularly exciting as Welker is the original voice of Fred Jones, first starting in 1969, and has been the voice of Scooby-Doo since 2002. So he's well-acquainted with the film's characters!

To top it off, two new stars have been confirmed this week.

The new additions were first announced by the Hollywood Reporter on May 10th and the news has since been confirmed.

Jason Isaacs, of Star Trek: Discovery, will be joining the cast.

He will be voicing the villain of the film, Dick Dastardly, who will be up to his usual tricks.

And Mark Wahlberg will be joining as superhero, Blue Falcon.

Wahlberg has been acting for a whopping twenty-six years after his screen debut in Renaissance Man. He has also appeared in The Departed, Ted, and Transformers.

And some of the responses are hilarious.

The news was generally well-received and most people are looking at Wahlberg's casting with an open mind.

But some are less thrilled with the decision.

A lot of people were hoping for a movie with the original voice actors and one that focused solely on the gang, so the recent announcements have left some disappointed.

Nevertheless, the movie is set to form part of a shared universe.

And it's not like such crossovers are anything new. This time, the gang will be joining forces with a host of other characters from the classic animation studio, Hanna-Barbera.

This is the series from which Jason Isaacs' character, Dick Dastardly, comes from. And it's likely that he will be joined by his famous canine companion, Muttley!

Dynomutt was a Batman-style superhero cartoon produced from 1976 to 1977. There is already a close relationship between the show and Scooby-Doo, with the Mystery Inc. gang having appeared in several Dynomutt episodes to help to solve crimes.

Captain Caveman will also be included.

He's a fan favorite who appeared in a number of segments of Scooby's All-Stars and he is to be voiced by Tracy Morgan of Saturday Night Live and 30 Rock.

So Scoob! is sure to be a real nostalgia trip.

Kids from the 70s right up until today will all be familiar with these characters. We've grown up with them, which is why people are so invested in the casting right now!

Having said that, there may be some controversy with the casting.

Matthew Lillard and Grey Griffin, the original voices of Shaggy and Daphne, have revealed that they were never approached before their roles were recast.

And this will be the first time that Fred has not been voiced by Frank Welker.

Excluding the live-action portrayals or instances wherein Fred is a child, the character has always been played by Welker in the past. So Zac Efron's casting marks a first for the character...

The film is currently scheduled for release on May 15th 2020.

It could be just what is needed to relaunch all our favorites from childhood. So are you excited for Scoob!? And what do you think of the casting?