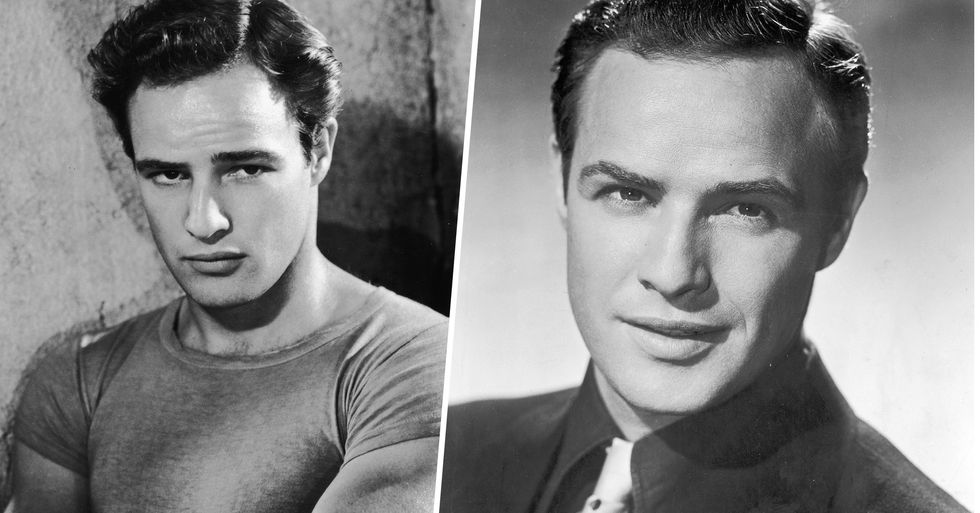 Now, we might think we are one of a kind and we are in many ways. But some people share a lot of similarities with people in terms of their looks.

The latest celebrity to have a doppelganger is one that we are certainly enjoying looking at, and so it the rest of the internet.

The chances of finding who looks the same as you are very slim.

Unless you have a twin.

But over the years we have noticed a few people have had doppelgangers.

While they are both brunettes with popular and prestigious shows on streaming services, Evan Rachel Wood and Rachel Brosnahan are not the same person. Wait — they both have "Rachel" in their name? If they were clones, that would almost be flaunting it.

Both James McAvoy and Ewan McGregor have played younger versions of future all-powerful mentors — Professor X and Obi-Wan Kenobi, respectively — so it's no wonder they sometimes get confused. Besides looking similar, these two have a wise, other-worldy air about them.

When Keanu Reeves showed up to lat year's Oscars with his girlfriend Alexandra Grant, enough people thought he was holding hands with Helen Mirren that Page Six ran a story about it. One Twitter user said, “I wasn’t wearing my glasses at first and I legit thought he was dating Helen Mirren which I also would have been here for."

Does Emily Kinney of The Walking Dead look a lot like Evanna Lynch from Harry Potter? Yes she does, but that doesn't mean it's okay to get them confused. Evanna Lynch played Luna Lovegood, possibly the best character in objectively the best book series, and she is therefore unique and irreplaceable and we must all stan for her.

Austin Butler from The Carrie Diaries and Chord Overstreet from Glee look like an older and younger brother (although I don't know which one is which).

Maybe it's because they come from such different movie eras — Alicia Silverstone's heyday was in the '90s during Clueless, while K-Stew's heyday is probably right now, if it wasn't during Twilight — but these two look so much to me like an older sister who is just off to college who can give advice to her sophomore sister about her new chemistry teacher because she had him a few years back.

Skylar Astin was on Crazy Ex-Girlfriend — an unquestionably funny show — and yet his visual similarity to Dane Cook makes me think that he must be similarly not funny.

Not only do Chandra Wilson and Alex Newell look alike, their shows — Grey's Anatomy and Glee
Glee to see what you might think was Chandra Wilson in high school That would not have been canon.

I'll say this about CW boys Chace Crawford and Ian Somerhalder — they're both attractive enough to play Superman.

Ah, it's the Good Acting Boys (as I'm sure Jeremy Irons and Daniel Day-Lewis' improv team would be called if they ever started one_. Those long lanky faces, as well as their soulful and intense eyes, make these two hard to tell apart.

In fairness to Phillip Phillips, who won season 11 of American Idol, Jai Courtney is one of those guys who literally looks like

And that's just to name a few!

But its the latest resemblance thats made the internet go crazy.

Known for his charming appearance, Marlon Brando was a heartthrob.

And grandson Tuki is no different.

With similar chiseled cheekbones, jawline, and dark eyes, both men are eye-catching.

And whilst Tuki isn't an actor like his grandfather was, he's still putting his good looks to use.

As he works as a model.

Having even appeared on L'Uomo Vogue a few years ago.

With a face like that, we think we might see more of Tuki in the modeling world.

And we won't be complaining it about.

Keep scrolling for celebrity parents and children who look identical...