She Was Sick and Abandoned in the Cold, But Now Marnie's a Superstar | 22 Words 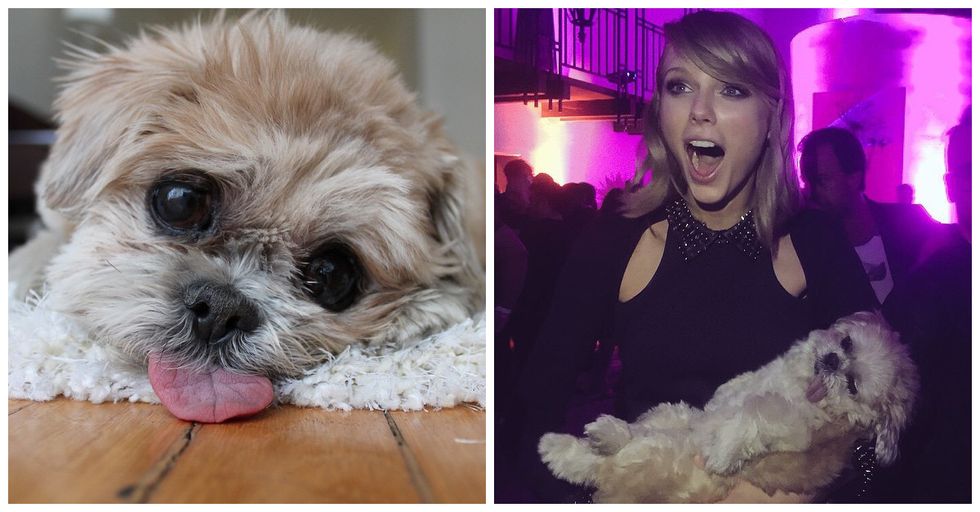 She Was Sick and Abandoned in the Cold, But Now Marnie's a Superstar

When you think of Internet famous animals, the first name that likely comes to mind is Grumpy Cat - that entertaining, yet dour, feline with millions of fans and product lines to her name.

But there’s a new face rocketing to Internet stardom after much more humble and troubled beginnings. Prepare yourself to meet the cutest little pooch you've ever seen.

Fame was the last thing that Marnie, a smelly and matted Shih Tzu, was hoping for when she was found by Animal Control on the streets of Connecticut in 2012.

While little is known about the first 10 or so years of her life, what we do know is that she spent four months at a shelter under the name “Stinky,” due to her rotting teeth, until a woman named Shirley from New York saw the senior pup on Petfinder.com and came all the way from Connecticut to claim her.

Even though the shelter said the dog was blind in her cloudy left eye - and still possessed that strong odor - Shirley wasn’t deterred.

The adorable pooch was soon renamed Marnie, after musician Marnie Stern, and started smelling better after 14 decaying teeth were extracted. With that burden lifted, her personality began to show through. Her eyes even began to clear up and her blindness gradually vanished.

But what about that adorable little tongue that's always hanging out of her mouth?

Yes, her tongue does hang out of her mouth, but it has nothing to do with her teeth.

Marnie just has a long tongue, and she licks it every few minutes to keep it from getting too dry.

And yes, her head tilts and leans to the left, but it’s nothing to be worried about.

It’s the residual effect of a brief illness she experienced called Vestibular Syndrome, which she most likely contracted at some point before being adopted. Thankfully for Marnie, the pain has subsided.

When Shirley started posting pictures of her furry friend on Instagram, her following grew dramatically (she now has more than 1 million followers) as people shared her adorable face with their friends.

Wait until you see who Marnie has met over the past few years.

Along the way, Marnie made herself quite a few new friends...

And has embarked on all kinds of exciting adventures.

Gone to the thrift shop...

But Marnie's love of shopping doesn't end there...

And even made a stop at the laundromat.

But through it all, she’s remained humble and extremely grateful for her second chance.

Senior rescue dogs know that they’re lucky. Not everyone meets the same fate that Marnie has, and she lives every day exemplifying this joy and gratitude.

It’s a win-win for all those involved.