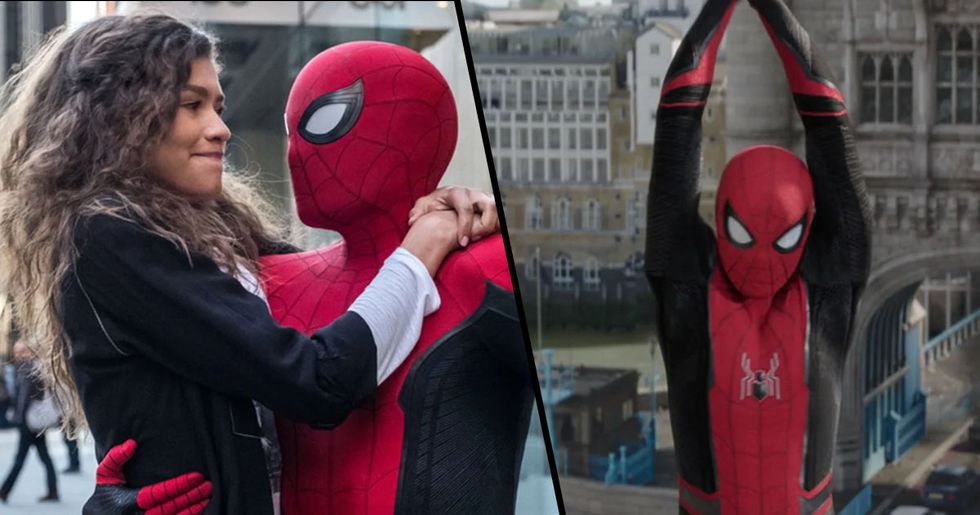 Despite some rumored disagreements between Sony and Marvel/Disney that Holland's run as Spider-Man may be coming to a premature end that left fans feeling pretty heartbroken, it has been confirmed that Spiderman is going to be making a huge comeback. This is big news. Keep scrolling to find out more...

And if the two powers couldn't come up with a deal?

Well, it would mean that Spider-Man would have to leave the Avengers forever - meaning Tom Holland would be totally out of a job. And fans were not happy.

Although some were feeling a little confused.

The lack of ability to come to a deal seemed, to some, like a flimsy excuse for what may actually have been going on behind the scenes.

Some had other speculations.

There were theories that Sony did not like where Tom Holland was taking the role and had to stop him by any means necessary.

In fact, many thought that there was more to this story than met the eye.

It all seemed a little bit sketchy. Would two massive movie businesses throw away a super-successful franchise without appearing to really try to work things out first?

As this story came to light many have noticed that Tom Holland (usually known for keeping a cool head in moments of conflict) had unfollowed all Sony-related accounts on social media. Yikes.

There was a pernicious rumor that Spider-Man's crossover was a commercial failure - but this is just, categorically, untrue.

Many were just plain-old upset by the news. Not only is Spider-Man an integral part of the MCU, but Tom Holland has played him perfectly.

The idea that Holland's Spider-Man was not well-liked seems crazy.

And the responses of the internet to this sad news just proved how much support Holland has out there.

But it's time to put this crazy idea to the side...

It has just been announced that Sony Pictures, Disney, and Marvel Studios have confirmed a third movie in the Spiderman franchise produced by Kevin Feige.

It appears that the studios were able to reach a deal after all...

Speaking to Variety, Kevin Feige said: "I am thrilled that Spidey’s journey in the MCU will continue, and I and all of us at Marvel Studios are very excited that we get to keep working on it."

Spiderman is one of the biggest comic icons of all time...

"Spider-Man is a powerful icon and hero whose story crosses all ages and audiences around the globe. He also happens to be the only hero with the superpower to cross cinematic universes, so as Sony continues to develop their own Spidey-verse you never know what surprises the future might hold," he continued to say.

Amy Pascal will also produce through Pascal Pictures, as she has on the first two Holland-led films.

Pascal also shared her excitement: "This is terrific. Peter Parker’s story took a dramatic turn in ‘Far From Home’ and I could not be happier we will all be working together as we see where his journey goes."

Robert Lawson, chief communications officer for Sony Pictures Entertainment, said: "We have had a great collaboration over the last four years, and our mutual desire to continue was equal to that of the many fans, and we are delighted to be moving forward together."