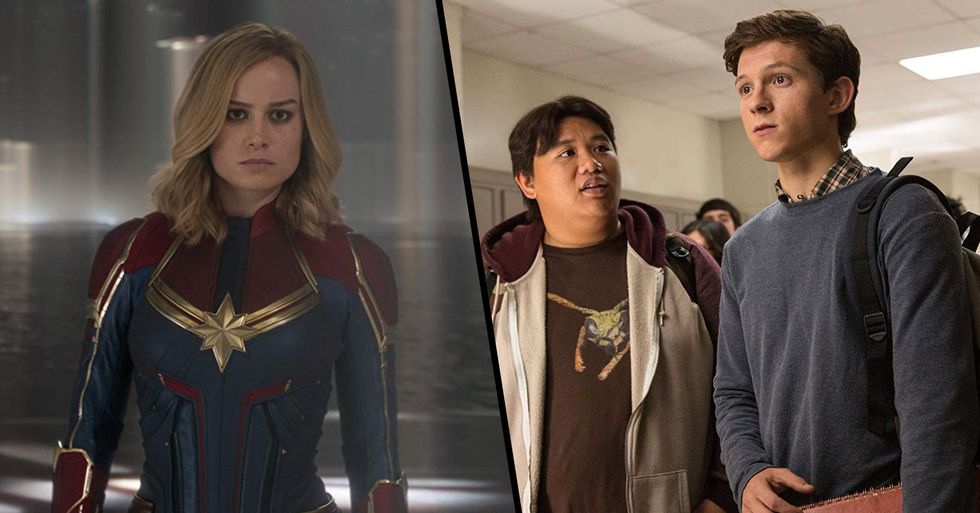 Marvel Plans to Introduce LGBTQ+ Characters in Phase 4 of MCU

Many movie fans are passionate about the Marvel Cinematic Universe. But, truth be told, there is one thing that's wrong with it. Many of the movies lack serious diversity! Sure, there are plenty of female characters - but they never seem to play leads. And as for LGBTQ+ characters, forget it.

But it seems all that's about to change. Alongside Brie Larson's exciting announcement of an all-female Marvel movie, studio head Kevin Feige has promised an upcoming Marvel is set to include an LGBTQ+ lead. Scroll on for all the details on this exciting development!

And aside from a lack of female representations, there's another problem with the MCU.

If you're looking for any sort of diversity here, forget it. LGBTQ+ representation in the cinematic universe is next to none.

All the romances feature straight couples.

And when it comes to gender non-binary or trans characters, you've got no chance. Until now, that is.

Because this week, MCU fans have received some very exciting news.

And it comes from none other than studio head at Marvel, Kevin Feige.

Feige was being interviewed as part of the New York Film Academy Guest Speaker Series.

And one member of the press took the opportunity to ask him about the future of LGBTQ+representation in the MCU.

To which Feige replied in the affirmative.

When asked if he was planning to introduce any LGBTQ+ characters, he replied, "Yes, absolutely yes. Very soon, in a movie we're shooting right now, yes." So that's a yes, then.

Fans have begun speculating as to which movie he might mean.

The first two films from Marvel's Phase Four are Black Widow and Eternals. But given that Black Widow is now in post-production, it seems unlikely that's what Feige is referring to.

Which leaves one likely contender.

Here's the full interview with Feige.

He also discusses new additions from the comic books to the movies, teasing, "you won’t expect or won’t guess who it is but we found a cool way to make it work because we want to make a particular type of movie there." Intriguing. But not everyone is happy about the diversification of the MCU. Read on to see why some white men are feeling pressed.