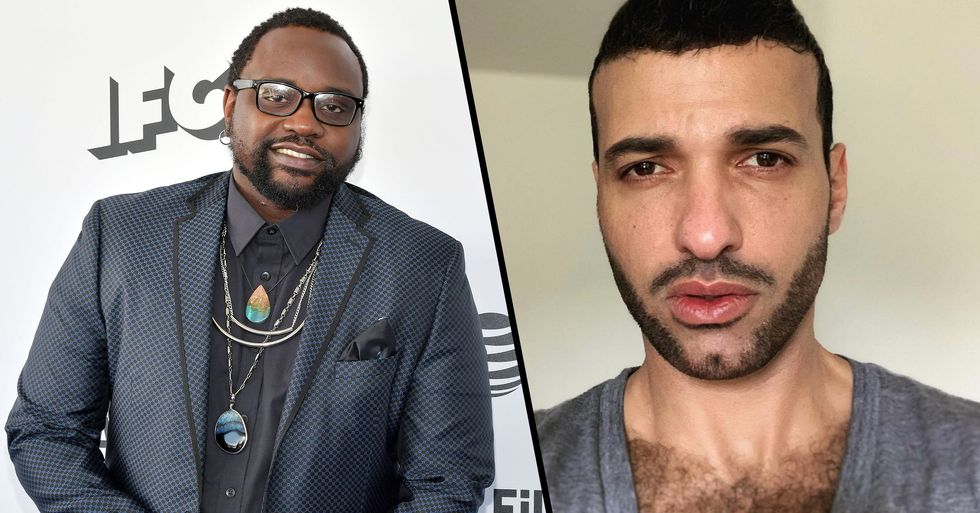 Many movie buffs are passionate about the Marvel Cinematic Universe. But, truth be told, there is one thing that's wrong with it. Many of the movies lack serious diversity! Sure, there are plenty of female characters - but they never seem to play leads. And as for LGBTQ+ characters, forget it.

But it seems all that's about to change...

From Iron Man and Deadpool...

And aside from a lack of female representations, there's another problem with the MCU.

If you're looking for any sort of diversity here, forget it. LGBTQ+ representation in the cinematic universe is next to none.

All the romances feature straight couples.

Marvel is set to have its first-ever gay-kiss...

The studio's upcoming movie, Eternals, will feature the MCU's first-ever gay superhero. Keep scrolling for everything we know so far.

The Eternals has been hotly anticipated since it was announced last year.

Haaz Sleiman confirmed there will be a "moving scene" during the movie in which the first gay kiss happens.

Brian Tyree Henry who is set to play Phastos in the franchise's upcoming flick will reportedly be in a same-sex marriage with Haaz Sleiman - who hasn't yet been confirmed for the role, according to Ladbible.

The actor spoke about the kiss in a since-deleted video.

The forty-three-year-old actor told NewNowNext: "We represent a gay family and have a child." "It's a beautiful, very moving kiss. Everyone cried on set."

"For me it's very important to show how loving and beautiful a queer family can be," he added, according to PinkNews.

The news comes after studio head at Marvel, Kevin Feige claimed there would be more LGBTQ+ representation in Marvel's phase 4. When asked if he was planning to introduce any LGBTQ+ characters, he replied, “Yes, absolutely yes. Very soon, in a movie we’re shooting right now, yes."

At the time, many believed this was a clear reference to Eternals.

Especially given the fact that Black Widow is now in post-production. Eternals is set to be released on 6 November 2020. But not everyone is happy about the diversification of the MCU. Read on to see why some white men are feeling pressed.