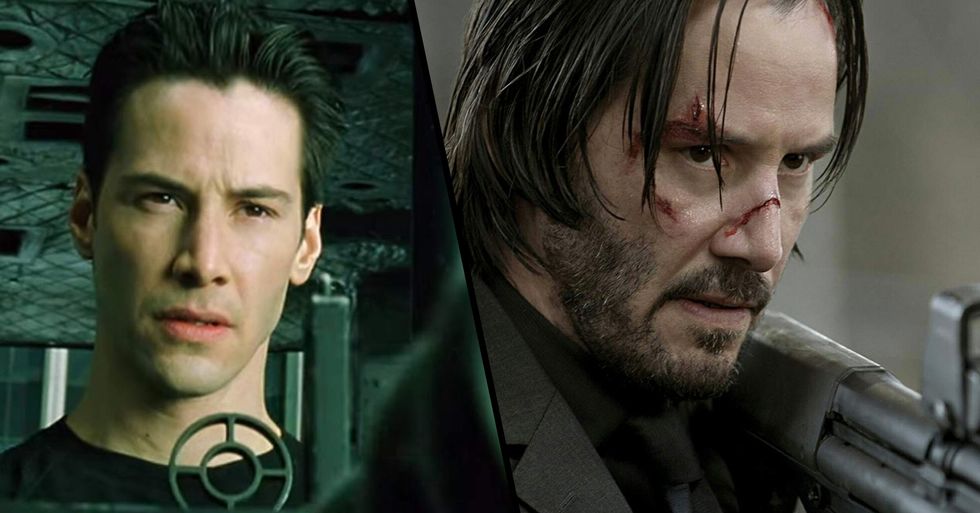 Now, fans are hailing May 21st 2021 as "Keanu Reeves Day." Keep scrolling to find out what makes the date so important...

The movie centers on hacker, Neo (Keanu Reeves), who discovers that the world is a simulated reality.

It was an unexpectedly big hit.

The movie wasn't predicated to do anywhere near as well as it did, grossing more than $460m at the global box office, with the entire franchise earning more than $1.6bn. That's some big bucks.

Though this wasn't his first acting gig by far, it's certainly the role that he became known for, making him a household name in the industry.

The first movie was so successful that, in 2003, 2 more movies were released.

Fans have been teased with a new movie ever since.

Rumors regarding another installment have always been close by, with fans desperate to get another fix of the Matrix universe. In fact, in 2017, it was suggested that Michael B Jordan might in the running to take on the lead in a new Matrix movie. But, let's be honest, it wouldn't be the same without Keanu Reeves, would it?

Well, fans have just had all of their prayers answered...

Get ready to return to The Matrix, as a fourth installment of the saga has officially been confirmed and Keanu Reeves is set to reprise his role as Neo.

And this is no reboot or remake...

There's nothing worse than a sad attempt of a revival or recycling of an old plot, but, thankfully, the new Matrix movie is a continuation of the previous plot.

The film's original creator is set to pen the script.

Lana Wachowski, who created the franchise with her sister, Lilly, has reportedly created a new script alongside sci-fi writers, Aleksandar Hemon and David Mitchell, for the upcoming movie. Wachowski is also set to direct it. "Many of the ideas Lilly and I explored 20 years ago about our reality are even more relevant now," she explained. "I’m very happy to have these characters back in my life and grateful for another chance to work with my brilliant friends."

Carrie-Anne Moss is also part of the returning cast.

She'll be reprising her role as Trinity. However, earlier this year, Lilly Wachowski confirmed that she wouldn't be in the film but said that she is excited for a "new lease of life" in the franchise. Want to know when the film will be released? Keep scrolling...

The reactions online have been pretty mixed.

Despite many people loving the franchise, the internet has been split on whether bringing it back is a good idea or not.

Others weren't as happy with the news...

Well, you can't please everyone, can you?

But the question on everyone's mind is when will we get to see the movie?

Sadly, it won't be for a while, as filming isn't set to begin until the start of next year, which means that we aren't likely to see it hit the big screen until later 2021.

In fact, the release date has been confirmed.

And we're so excited!

But Keanu fans have also had more exciting news.

Because there's another installment of an up and coming Reeves franchise set for release.

John Wick 4 is on the horizon.

And to make matters even more exciting? It's set to drop on the exact same day as the Matrix 4.

The internet is excited about the news.

Keanu Reeves is the internet's sweetheart, after all.

It's gonna be a hell of a weekend.

2 epic Keanu Reeves vehicles in one day sounds like the dream, to be honest. The date to mark in your calendars? May 21st, 2021. Not very soon, it's true - but still, nice to have some confirmation.

So let's save the date.

Sure, it's more than a year away - but that's not too soon to get prepared, right?

Now, May 21st is being hailed as "Keanu Reeves Day."

And fans want it to become a national holiday.

We're definitely on board with the idea.

We couldn't think of anyone better to dedicate a day to. And for more Keanu content, keep scrolling to learn all about his relationship. The internet went absolutely wild once we discovered he's no longer the "lonely guy" he claimed.