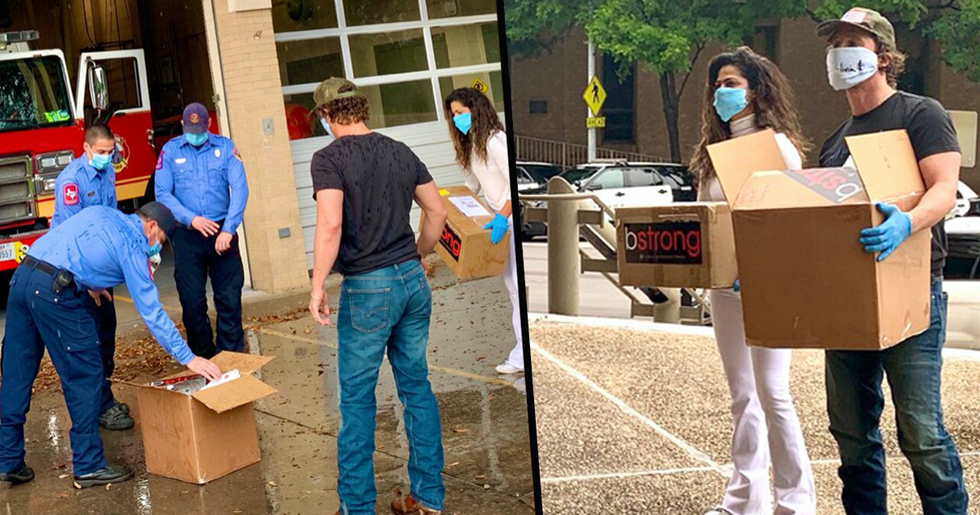 Matthew and his wife, Camila, have already worked so hard toward the pandemic crisis and their most recent move is their most generous yet...

Matthew McConaughey has been well and truly been stepping up during this pandemic crisis.

While millions of us remain in quarantine as a result of the ongoing medical pandemic, the actor has decided to help out those who are less fortunate than himself.

Matthew is best known for being one of Hollywood's most loved actors and he has graced our screens since the 1990s.

He has made quite a name for himself...

But alongside his talents on-screen...

Matthew is also known for being a generous and compassionate person.

And his most recent acts have certainly shown that...

We are all more than aware of the global pandemic that we are currently living through.

The virus has now infected more than a million people...

And the death rate is rapidly rising day by day. People are now living in fear and despair, and it's safe to say that things are getting out of control.

Our elderly residents are by far at the highest risk from the deadly virus.

The virus is considered most dangerous to the elderly and those who suffer from existing health issues - which is a lot of the world's population.

Our nursing homes have taken a huge hit during the pandemic...

He devised together a plan to lift the spirits of those residing at The Enclave...

As he clarifies the lucky drawn number, 2 residents suddenly shout out "Bingo!", in which the actor and his family yell in celebration.

And the look of joy on the residents' faces was simply undeniable.

In March, the actor took to Twitter to offer some very wise words regarding the ongoing pandemic.

So, as a thank you, the residents decided to hold up their own "green lights."

One of the facility's workers said:

"I wanted to say, from all of us, we want to continue to turn a red light into a green light," as all the players held up their own green pieces of paper with inspirational messages written on the front.

As they held up their signs, the actor exclaimed loudly...

Matthew's kindness has gone such a long way...

And the actor didn't stop there.

Matthew and his wife, Camila, made a special delivery recently.

The couple has been working closely with Bethenny Frankel‘s disaster relief initiative BStrong to ensure first responders across the United States are getting masks and supplies they need to stay safe throughout this crisis.

They have donated 80,000 face masks to organizations in between Austin and New Orleans.

"Matt and I were able to get approximately 80,000 masks, and it’s a combination of surgical masks and KN95 masks that will be distributed between Austin and New Orleans, where they were getting hit pretty hard as well," Camila told PEOPLE.

They want to make sure that everyone on the front line is covered...

"It was important for us to make sure that here in Austin, not just the hospitals got them, but also the police department and the fire department as well. In this moment, we’ve got to find ways to help both sides because they’re all on the front line right now and we can’t afford to lose any of them," she went on to say.

The couple aren't interested in making the most money...

Matthew and Camila went out on Thursday to personally make sure the donated supplies made it to their final destination in Austin, where they live.

Camila posted the video to Instagram, saying: "Our mission is to protect those who protect us, by providing healthcare workers, firefighters, police officers, and others with approximately 80,000 masks needed to battle the virus. Matthew and I, our friends Bill and Tracey Marshall have teamed up with the organization #BStrong. We are passionate about helping first responders from our hometown Austin - Texas, Louisiana and nationwide as we combat this national pandemic. #thisisacrisis."

It's refreshing to see a couple who truly care about this cause and making a difference to others...

Rather than boasting about the amount of money they have risen and low-key showing off their wealth - which is what a lot of celebrities have been doing in the last few weeks.

For more on the McConaugheys...