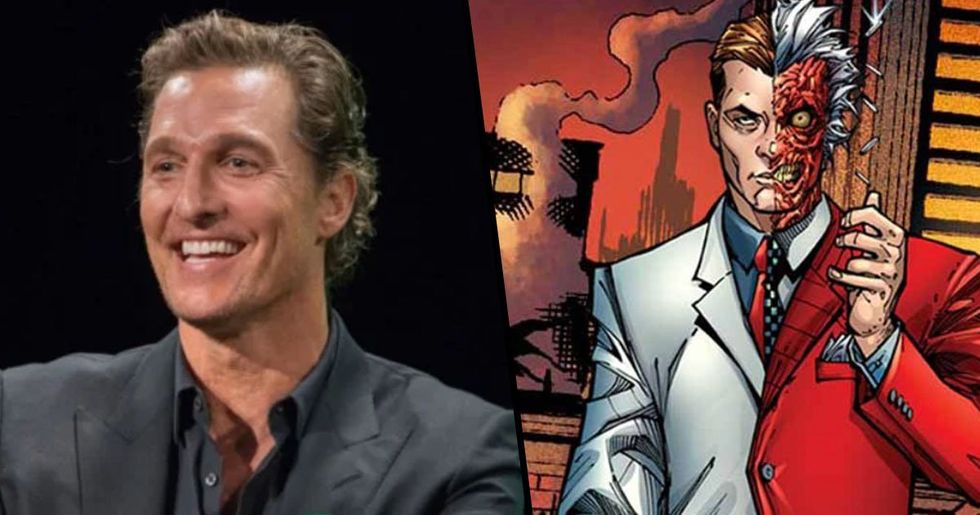 But, today, we find ourselves in a situation wherein more actors have played Batman than there are bat-tools in the bat-utility belt. From Michael Keaton to Val Kilmer to George Clooney to Christian Bale, who made an indelible mark on Bruce Wayne - even if his growly-voiced Batman was a little sillier than I think he meant it to be. And most recently, the big screen Batman was Ben Affleck, the little Boston Boy who could, who played the only Batman to ever whip Superman's ass.

Since Robert Pattinson entered the bat-cave as the newest Batman, we've been waiting to see who will be stepping into the shoes of his arch-enemy, Two Face. And it seems no other than Matthew McConaughey has bagged the role.

Keep scrolling to get the latest details on the upcoming Batman re-vamp.

We Batman fans have had a rough go of it lately. Justice League was a bit of a mess and seeing Batman v. Superman was maybe the worst I've ever felt in a movie theater. In fact, not since 2012's The Dark Knight Rises have we seen a truly great Batman on screen. That Batman beat up Bane, climbed out of an inescapable pit prison, and flew a giant bat-plane over Gotham. That movie was amazing.

There was one question that everyone was asking. Who's going to be playing Batman's on-and-off almost girlfriend slash wife, Catwoman? Yeah, from the comic book, we know the two have a pretty turbulent relationship, so that must be portrayed well on the big-screen.

And then be transformed into the villainous Two Face during the sequel - which many superhero fanatics are predicting will be heading our way 2023 or 2024.