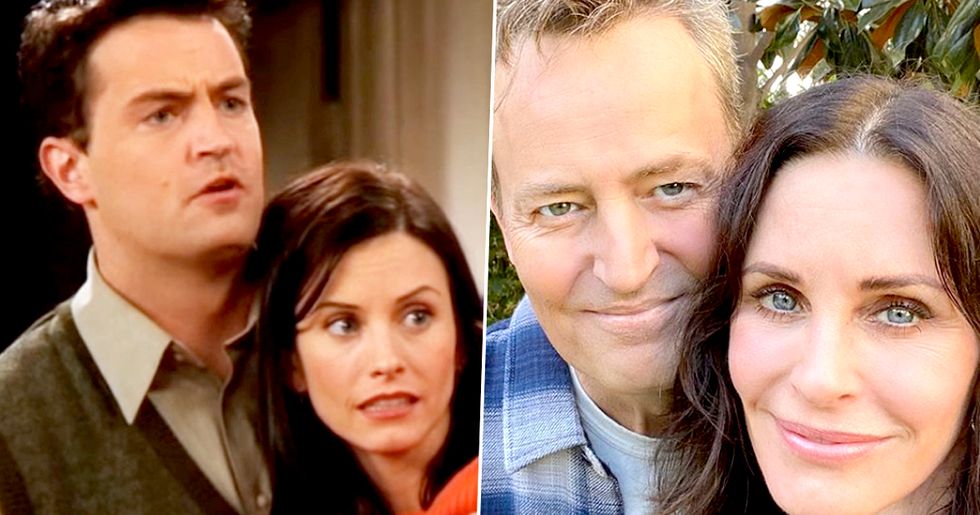 Matthew Perry is a man with a ridiculous amount of talents - establishing himself as a great actor on film, theatre, and TV.

However as we all know, Perry's most popular role will always be as Chandler Bing on Friends.

Now, news has emerged that there was a bit of an on-set romance between Perry and Courteney Cox and that Perry has 'never gotten over it'.

The show propelled each cast member into superstardom, with the show winning several Emmy's during its ten-season run. The success of the show can't be denied...even the theme song, "I'll Be There for You," during the iconic title sequence is impossible to not sing along to.

But the sitcom continues to be one of the most-watched TV shows of all time.

And speaking of Jen...

The rest of the gang also have their own Instagram accounts...

And we simply cannot resist their wholesome reunions.

Even though Matthew still hangs out with the gang...

He has never been an active user of social media.

But he already has 1.8 million followers.

But of course, the gang gave him a very warm welcome...

Lisa Kudrow posted the cutest throwback of the 2 of them, captioning it, "Finally!!! Yay!! Can’t believe my eyes MY EYES Welcome to Instagram @mattyperry4 #friendsforlife."

She commented on Lisa's post saying, "Yay Matty! Could you TAKE any longer?"

It turned out to be false.

However while the pair have never dated, it certainly seems like Perry has always loved her.

'He has always been in love with her'.

According to US Weekly, Perry has been smitten with Cox ever since he first met her.

Matthew’s always been in love with her. Matthew has never fully been able to get over her

I wonder if the feeling was mutual...