McDonald's Could Be Launching Spicy Chicken Nuggets in the U.S. This September | 22 Words 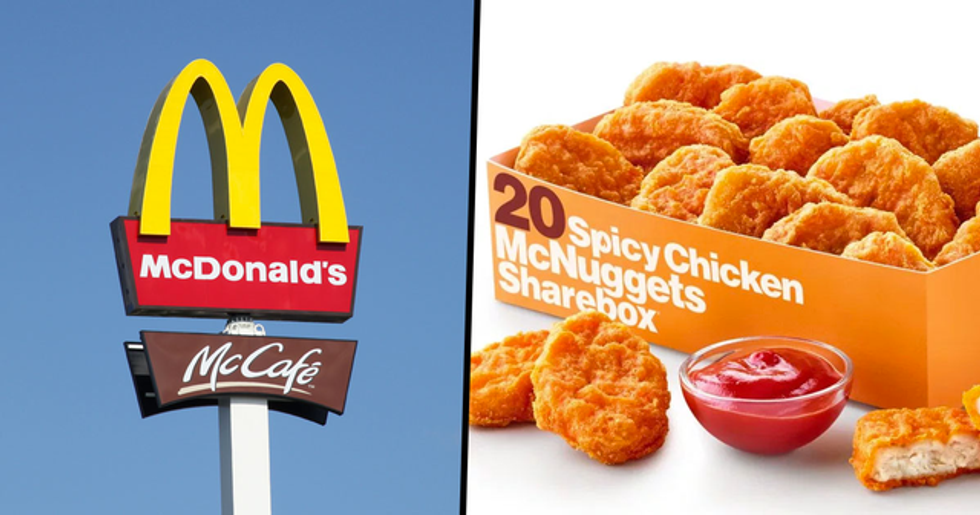 McDonald's Could Be Launching Spicy Chicken Nuggets in the U.S. This September

When it comes to fast food, there's really one brand that trumps them all. McDonald's, in spite of a market full of competition, really does reign supreme when it comes to food that's instantly satisfying (though potentially a little regrettable down the line). But regardless of their extensive menu of varied items, customers often do have one complaint when it comes to the restaurant. McDonald's is missing one major flavor category: spice.

But it's possible all that is set to change. After trialing spicy nuggets in Australia and Asia, they're set to launch in the UK this month. Although they're set to be a limited edition item, if they're successful, who knows. And it seems McDonald's USA is also into the spicy food trend, as an exclusive interview revealed.

Chicken McNuggets, first launched in the early eighties, have always remained close to the top of their bestselling items. For many, they're the only acceptable thing to order on the McDonald's menu.

It does a lot of things really well - but when it comes to spice, that's an entire category the menu is missing out on. Until now.

Well, there's recently been a very exciting update in the case.

Now, before you get too excited - these aren't a true McDonald's menu item. Yet.

They have been around in various locations in Australia and Asia over the past few months.

But now, they're set to launch in the UK - for a limited period of seven weeks, at least. But if they're successful enough, who knows? They could become permanent.

But what does that have to do with McDonald's USA?

Well, as yet there's been no definitive reveal either way about whether these exciting nuggets will be making their way over from across the pond.

But it seems the public has some strong feelings about the news.

Many are feeling a little hard done by, seeing as seemingly the entire rest of the world is getting to try spicy McNuggets, while they're doing without.

Because, according to some leaked info reported by Business Insider, the chain is set to start selling Spicy BBQ Glazed Tenders this coming fall.

The same leaked notes claim there's going to be even more spicy chicken on the menu in the coming months, including a Spicy BBQ Sandwich.

But will there be spicy nuggets, too?

Well, it seems that the news is TBA. But according to a spokesperson for the restaurant, "McDonald’s is bringing the heat starting in September."

Which seems only fair.

After all, the rest of the world has enjoyed a whole range of limited-edition spicy McDonald's treats. The fact that the USA is still waiting on tenterhooks is basically unacceptable at this point, right? From delicious fast food news to some that's quite frankly disgusting, though, keep scrolling. There's a Burger King menu item which got the whole internet talking - for all the wrong reasons.