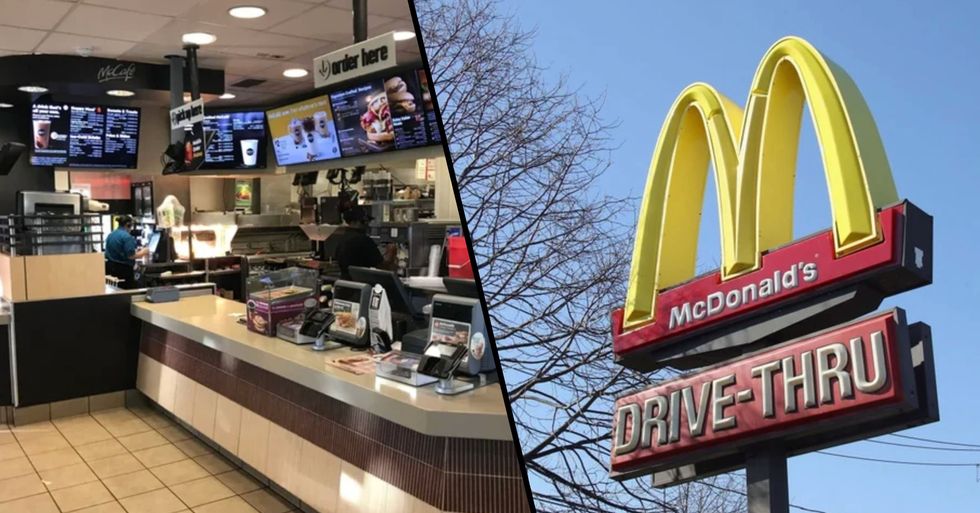 Keep scrolling to read more about this shocking story...

An Oklahoma McDonald's came under siege from a rampant gunman this week.

The aggravated customer shockingly opened fire on employees - and the reason for the attack is completely disgraceful.

As you will all be aware by now, we have an ongoing issue with the use of firearms.

For decades now, the debate as to whether we should have the right to bear arms has raged on.

Over the years, gun violence has steadily been on the rise.

In 2019 alone, our country endured over 400 mass shootings, many of which happened within our schools.

The statistics are disgraceful...

And thousands of lives are lost every year as a result of our obsession with these precarious weapons.

Yet, still, our government won't budge.

And our use of guns is only becoming more excessive.

Worryingly, more and more stories are emerging of people using guns for the most trivial of reasons.

These days, gun owners are too quick to turn to their weapons as a solution for menial issues.

Countless stories of people getting shot, and sometimes even killed, in heated arguments and conflicts emerge every month.

And it is not okay.

We shouldn't be living in fear of a gun being drawn on us at any given moment.

And the most recent incident is the most shocking of all...

Because it happened at a McDonald's restaurant.

Yep, someone pulled a gun in a McDonald's.

Welcome to America, everyone!

The shocking incident happened on Wednesday in one of the Oklahoma branches.

A customer, who has now been identified as thirty-two-year-old Gloria Woody, became aggravated when she was asked to leave the restaurant.

The dining area of this particular McDonald's branch is closed due to pandemic restrictions...

So, when Woody went to take a seat, staff members were obliged to tell her to leave.

But Woody really wanted to sit in the restaurant.

So she refused to leave, leaving employees with no choice but to force her out.

It was then that a physical altercation broke out.

According to the Oklahoma City Police Department, this altercation left one of the employees with a head injury.

But quickly reentered, this time with a handgun.

And 3 additional employees were injured in the shooting, with one being as young as sixteen-years-old.

It must have been a terrifying moment for the employees.

The police were immediately called...

And they found Woody a couple of blocks away from the restaurant. She was taken into custody.

McDonald's has now addressed the incident.

"The safety and security of our employees and customers is our top priority," the spokesperson said. "Our thoughts and prayers are with all those involved and the good news is that we can report the employees who sustained injuries are expected to make a full recovery. This is a heinous crime on our restaurant employees who were trying to support public health efforts."

Thank goodness no one was more seriously hurt.

And let's hope that this will be a wakeup call regarding the danger of guns. But, sadly, this isn't the first time this has happened in a McDonald's restaurant. Keep scrolling to read about the woman who shot a staff member because her fries were cold...