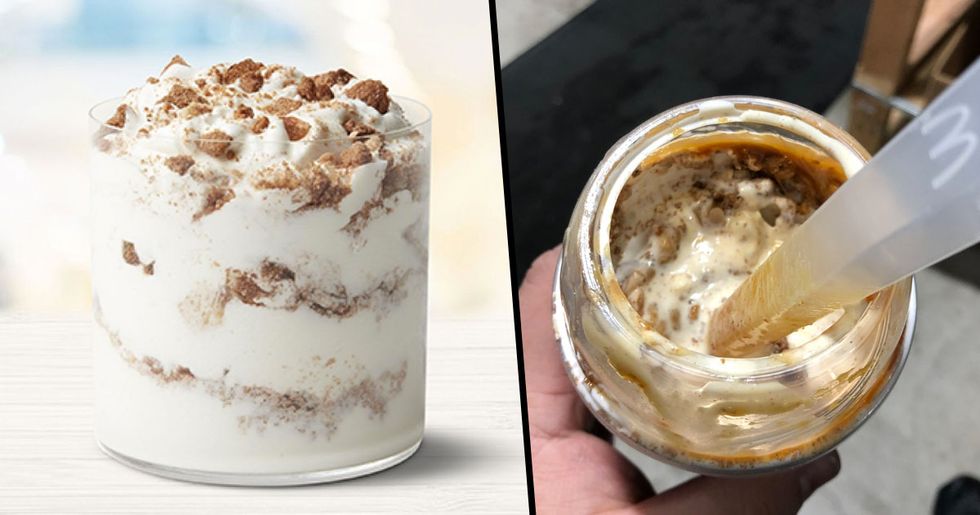 McDonald's Is Launching a Snickerdoodle McFlurry

When it comes to fast food, there's really one brand that trumps them all. McDonald's, in spite of a market full of competition, really does reign supreme when it comes to food that's instantly satisfying (though potentially a little regrettable down the line).

While their tantalizing menu of wraps, burgers, chicken nuggets, fries, and everything in between is no doubt tasty, one of the restaurant's ultimate staples is undoubtedly their McFlurry. The classic ice cream dessert has been a favorite at the chain for years (that's when the machine is actually working) with several limited-edition flavors launching at various points in the year.

And the latest tempting flavor to launch is no other than Snickerdoodle. Keep scrolling to get a glimpse of this tasty new treat...

McDonald’s has a menu absolutely filled with delicious items – truly, there’s something for everyone at the golden arches.

The beloved Mcflurry. Even though the premise is fairly simple, there's just something so satisfying about the classic McFlurry.

Over the years, there have been several mouth-watering flavors.

First sold over in Canada back in 1995, the soft-serve treat has become one of the chain's most popular orders.

From Reese's Peanut Butter Cup and M&M's to Oreo and Butterfinger - there have been some pretty epic flavors up for grabs.

As the holidays are fast approaching, it looks like McDonald's has been quick to jump on the festive bandwagon.

The chain has released a brand new flavor of their famous McFlurry to mark the occasion.

Launching this month, the new McFlurry will combine McDonald's iconic vanilla soft serve with crumbles of the traditional sweet cinnamon cookies. Keep scrolling to learn when you can get your hands on this delectable addition!

Nothing screams Christmas more than snickerdoodle!

The Snickerdoodles McFlurry will be available from November 17.

But those eager to get their hands on the sweet treat even earlier can do so through Uber Eats, who will be taking orders for the festive offering from November 11 to November 17.

But, before you rush out to grab your own...

Keep scrolling to check out Starbucks' toasted marshmallow hot chocolate. There's truly nothing better to get you in the holiday spirit.