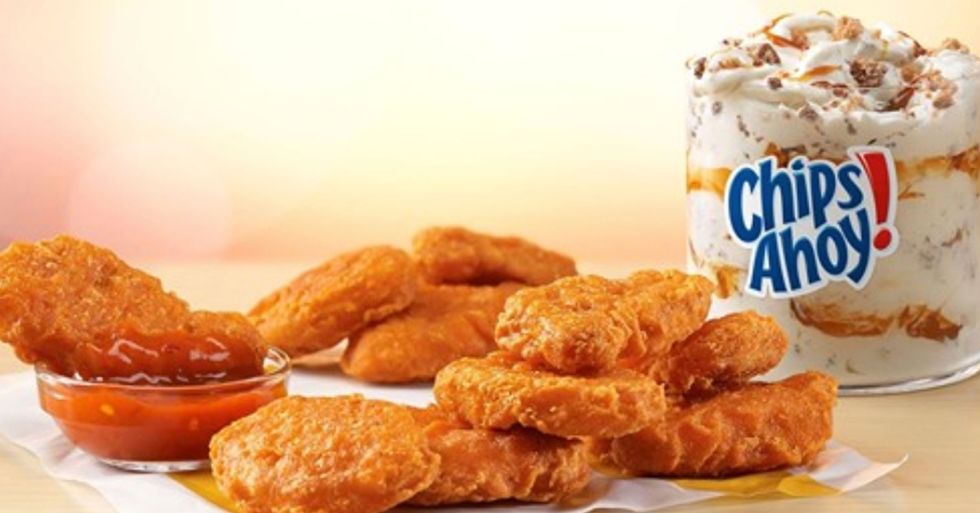 When it comes to fast food, there's really one brand that trumps them all. McDonald's, in spite of a market full of competition, really does reign supreme when it comes to food that's instantly satisfying (though potentially a little regrettable down the line). But regardless of their extensive menu of varied items, customers often do have one complaint when it comes to the restaurant. McDonald's is missing one major flavor category: spice.

But it's possible all that is set to change with 3 new items introduced to the menu including spicy chicken nuggets and a Chips Ahoy! cookie McFlurry.

Read on to find out when they'll be available to buy...

Chicken McNuggets, first launched in the early eighties, have always remained close to the top of their bestselling items. For many, they're the only acceptable thing to order on the McDonald's menu.

It does a lot of things really well - but when it comes to spice, that's an entire category the menu is missing out on. Until now.

But now, all that is set to change after the fast-food joint just announced 3 new items for their menu...

The coating of the chicken will feature cayenne and chili peppers for the ultimate spice-fest.

How can you have them without a dipping sauce? You can't.

That's why they've also decided to introduce a new sauce to complement their nuggets.

Forget the Sweet ‘N Sour dip and make way for the new Mighty Hot Sauce which consists of crushed red peppers and chilis.

You asked for spice, and that's exactly what you got, ladies and gentlemen.

After burning the insides of your mouth, you're probably going to want something to calm the flames in your mouth and that's where the third item comes in.

Say hello to this bad boy:

This dessert combines some of our favorite fall flavors...

A vanilla soft-serve base with a delicious caramel topping and chocolate chip cookie pieces to decorate the top.

It will be available in both Snack and Regular sizes so you can treat yourself without feeling guilty.

And the best part is that it will be sticking around for a while, so you'll have enough time to give it a taste and then some.

And of course, we're all very excited about all these new items...

And it can all be yours from September 16th.

Mark the date in your calendars and I'll see you in McDonald's. Keep scrolling for more fast-food news...