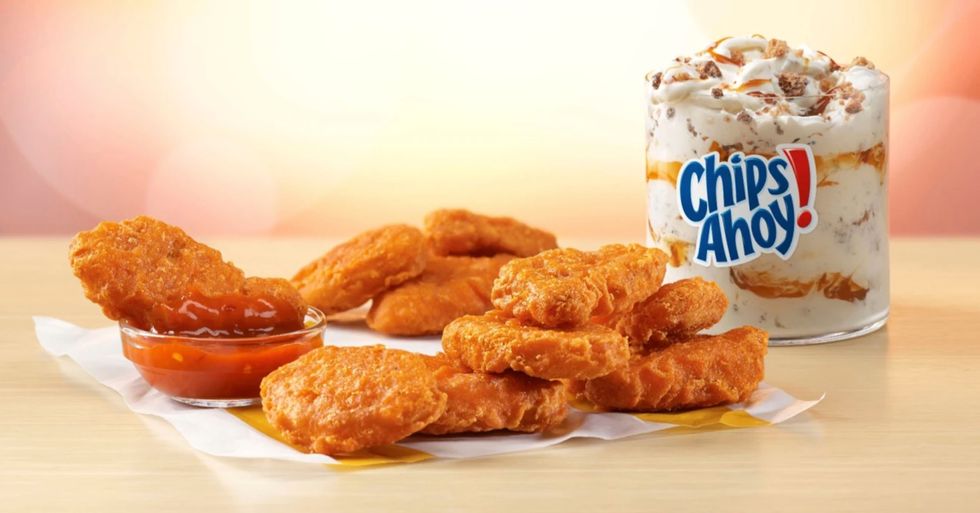 McDonald's is launching a new Chicken McNuggets flavor for the first time in nearly forty years!

But for many, there's one menu item that stands out...

The Chicken McNuggets, of course! First launched in the early eighties, have always remained close to the top of their bestselling items. For many, they're the only acceptable thing to order on the McDonald's menu.

Although it does a lot of things really well, when it comes to spice... that's an entire category the menu is missing out on. Until now, that is!

Well, there's recently been a very exciting update in the case.

The fast-food giant trialed something similar in the United Kingdom recently...

And now, it's time for us Americans to enjoy some of this spicy goodness.

We will very soon be graced with some spicy goodness...

And according to CNN, they will be the first new McNugget flavor in the United States since the item was introduced to the U.S menu in 1983.

The spicy McNuggets will definitely be a way to capitalize on America's taste for chicken!

They will have a breaded tempura coating of cayenne and chili peppers, along with coming with a Mighty Hot Sauce - which includes a blend of crushed red pepper, spicy chilies and garlic. Yum.

The Mighty Hot Sauce is the company's first new dipping sauce in 3 years.

"Our customers have been asking for Spicy McNuggets for some time now," said Linda VanGosen, vice president of menu innovation, in a blog post announcing the new item.

And as we can only imagine...

People are beyond excited.

Mcdonald's enthusiasts are ready to take on the heat...

Who knows how spicy they'll actually be!

@TheLoganLee @McDonalds Oh wow this is a game changer to say the least....a comparison lunch will be needed
— Kelly Kalsch (@Kelly Kalsch)1598377176.0

The spicy McNuggets will be dropping in all U.S restaurants on 16th September...

But for a limited time only, so make sure to get there before they're gone! Keep on scrolling to check out Burger King's new tacos that look nothing like they do on the advert...