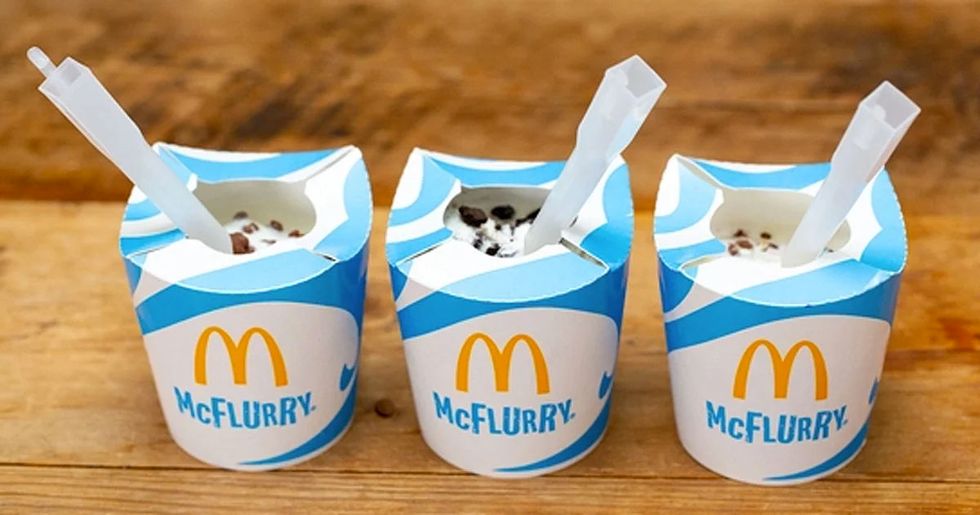 We all know that plastic is bad for the environment, and if, for some reason, you didn't know, you certainly will now. The issue surrounding plastic, especially the way that we seem to dump a lot of it in our oceans, has been hitting the headlines more than ever over the last year, prompting many large corporations to start cleaning up their act.

One industry that's a huge culprit for polluting the planet is the fast food business - not only does it produce a lot of plastic packaging, but the manufacturing and transporting processes use a significant amount of natural resources, including water and fossil fuels.

But, fast food giant, McDonald's, seems to be racing ahead with its new eco-conscious attitude.

You won't believe just how much the fast food giant is doing to help to save the planet...

Unless you've been living under a rock, you'll be aware that our planet isn't exactly in good shape...

Corals are dying, oceans are being taken over by plastic, and we're still using unsustainable fossil fuels. Issues surrounding the environment, specifically plastic waste, have been making headlines more than ever, with governments across the word finally recognizing the enormity of the issue.

The stats are frightening, to say the least...

It's predicted that, by 2050, oceans will contain more plastic than fish. Scary, right?

But, it's not all doom and gloom.

The planet may be looking a little sickly, but it seems like more attention has been given to the issue than ever before and increasing numbers of people seem to actually, well, care about the planet.

And it seems large like companies are holding their hands up, too.

It's no secret that, with power, comes responsibility, meaning several large corporations including Unilever (they own our favorite ice cream brand, Ben and Jerry's, as well as lots of other brands), Nestle and Ikea are now changing up their policies to do good for the planet. One of the most popular changes seems to be eliminating single-use plastics, with the aim to hugely reduce the plastic waste that pollutes our oceans.

But, fast food giant, Mcdonald's, is racing ahead...

Up until 2018, only 10 percent of Mcdonald's restaurants recycled their packaging, but of that is all set to change...

Last year, the fast-food chain made a massive change to become more eco-friendly...

Over a thousand branches of the restaurant across the UK and Ireland swapped their plastic straws for paper ones in a bid to reduce their plastic waste consumption.

Many praised the company for the green move...

Many people saw the change as "good news" for the planet.

Although, others weren't quite on board.

Some customers said that the paper straws were going soggy and ruining their milkshakes.

A petition was even launched to ban the paper straws...

Shockingly, some customers were so annoyed by the change that a petition was launched in a bid to get Mcdonald's to revert back to their plastic straws, and it got nearly fifty thousand signatures...

Safe to say, it didn't go down well.

Several Twitter-users were furious that the paper straws were getting slammed.

Despite the backlash, Mcdonald's stuck by their decision.

In response to the criticism, McDonald's said that their suppliers made paper straws that last "at least 30 minutes in most, if not all liquids" and that they are "pleased" to be "taking significant steps to reduce our environmental impact." Good on them.

The fast-food giant hasn't stopped there...

Mcdonald's is also looking for ways to improve its recycling, as the company announced last year that its paper wrapping, fry cartons, and paper cups would come from recycled sources.

It's also looking to decrease deforestation.

We all know the devastating effects that deforestation has on wildlife, but it seems that Mcdonald's is trying to do something about it as, by 2020, all packaging that isn't fully recycled will come from certified sources wherein no deforestation occurs. But, wait, there's more...

Yesterday, the chain announced the biggest change to its packaging.

The company is, once again, trying to reduce its plastic waste.

Today, Mcdonald's has said it will be removing plastic lids from all McFlurry packaging.

The change, which will also include ditching single-use plastic from the salad options too, will be rolled out across all UK branches from September, although, there is a slight catch. More on that later...

The McFlurry packaging that we're all used to will be swapped for cardboard cartons in a bid to be more eco-conscious.

You won't believe how much difference this change will actually make for the planet...

According to Business Green, McDonald’s said the latest move will reduce plastic waste by over four-hundred metric tonnes every year – a massive step towards tackling pollution.

The company has admitted that while the plastic lids will be swapped for the greener cardboard option, they will be keeping the plastic spoons for now.

Stay tuned, as it seems that there's more to come from the fast-food chain.

Speaking about the recent revamp of the McFlurry packaging, supply chain director at McDonald’s UK, Beth Hart, said that the latest eco-friendly change is "by no means the end." With the chain pledging to go plastic-free in 5 years time, it seems like the restaurant is well and truly on track towards a much greener future.